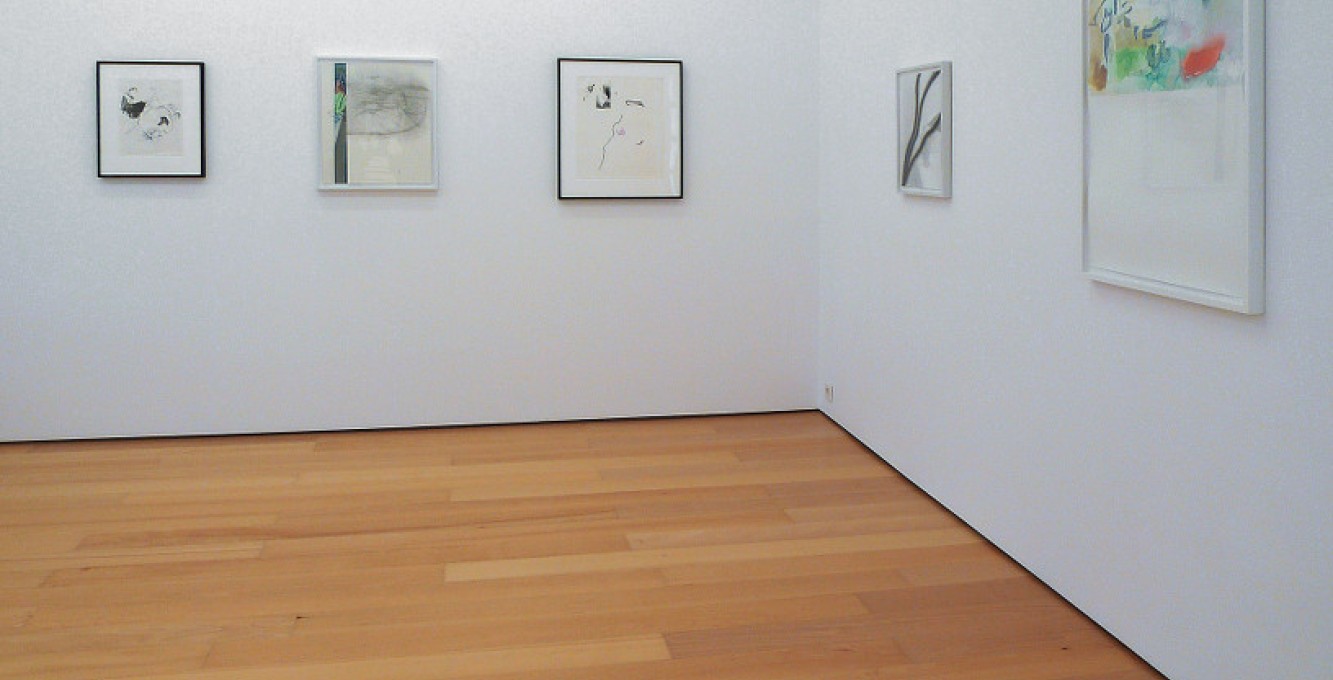 Cosima von Bonin’s work is hermetic. In most cases, there is no concrete statement, nor some point of didacticism. Her work is not against interpretation, it goes further than any interpretative scheme, further than any sort of appropriation. Ever since she entered the world of art, Cosima von Bonin has been walking around in it as if she were in a panorama. She is constantly making reccomendations and inviting us to share her enthusiasm. In each new exhibition she has presented her entire artistic program, which draws on all the conceivable charactericns and forms of art: the social relations, the space around art, its nature as a commodity and its character as a fetish.

Most of the discussion around Cerith Wyn Evans work adopts, if not the biographical mode, a phenomenological one: what is at stake is perception – a discussion of how images and things appear or reappear to a subject, or how they can be felt or sensed by means of a certain degree of abstraction, an economy of means and a more or less identifiable style that is neither below nor above, but just different from knowledge .

Sergej Jensen’s work consist of a wide spectrum of materials. His works made of fabric are highly acclaimed. Rather than using the fabric’s materiality as the carrier of meaning, he instead works directly with their patterns and colors. This technique allows him to fit within contradictory traditions and artists as diverse as Blinky Palermo and Lucio Fontana come to mind, when viewing his works. Jensen’s materials-fragments of fine and coarse clothof all sorts-have cracks and holes; they are variously dirty and in different stages of decay. They physically contradict the norms of art conservation, and in their seeming fragility they are the polar opposite of endurance as a motif.

Nick Mauss’ sculptures are materially a mere side-step away from his works on paper, but they not only open up another physical dimension but also enable a conceptual expansion, smartly transforming an elegant drawings show into something less definable. Mauss assumes a detachment from the decisions that occur within his work. A calculated vagueness is at play. In this way his role is as theatrical and self-consciously ‘framed’ as the work’s imagery. Their plucked references call on history to provide a backdrop for an artistic practive, while the white void in which they float conveys the temporal brach of their impossible cross-century straddle.

Andreas Slominski’s artworks are traps for the metaphysically infected eye. The aesthetic is the lure, but a work of art success is marked by its ability to interrupt and detain the viewer. Slominski’s works pivot on a smart reversal of expectations that upsets his audience’s stable footing. At their best, they perform a pantomime existentialism, not unlike Fischli and Weiss’ philosophical musings in the guise of a bear and a rat. Cloaked in slapstick humour and absurd exaggeration, they trick us into total engagement before whacking us with their real preoccupations: life love, luck, death, survival.

Over the past years Klara Liden had made a number of improvised constructions and videoed performances that offer basic propositions for ways of living, all of which run sharply counter to the norm. These have included renocating a bunker-like space on the banks of the Spree of Berlin, where she is based, and offering it to whoever cared to stay, setting up an underground postal service that operated briefly in Stockholm, and pasting blank paper over advertising hoardings in Copenhagen. Recalling what Guy Debord famously called ‘’anarchic urbanism’, Liden’s feral actions, although robust, languish towards the bottom of the city’s food chain, supported by the DIY practicality of squat-living.

Manfred Pernice could be called a memorialist of the forgettable. Pernice keeps the biographical information to a minimum, while grounding his forms in architectural motifs usually consigned to the margins of our attention. The sculptures on the platforms recall concrete balusters shifted off their axiss and planters faceted with lacquered clipboard. Moreover, they echo he socles of Brancusi, had they been relegated to city plazas; like Brancusi’s Pernice’s plinths platform, which resembles a stage for an open-air theatre, they become the antic performers of their own ‘supporting’ roles.