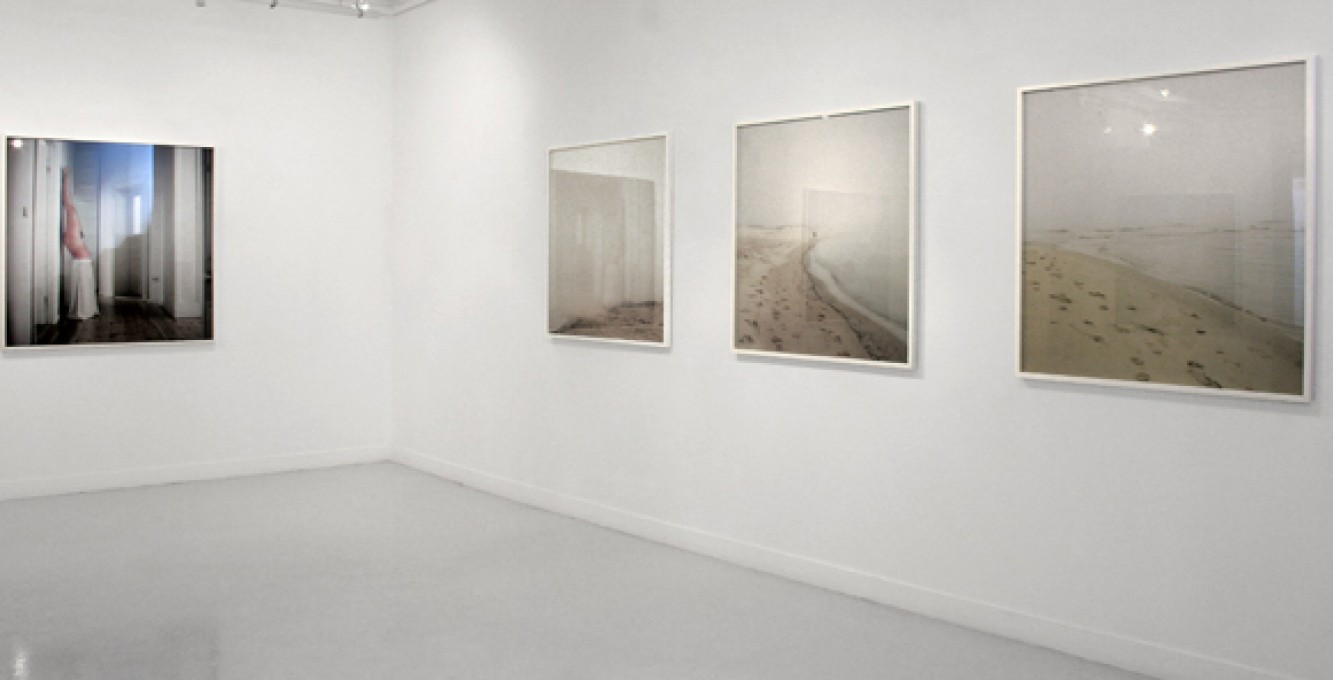 Eleni Koroneou Gallery is pleased to announce the solo exhibition of Christina Dimitriadis. The current exhibition will show five new projects of the artist.

The present four photographic projects and one construction were developed over a period of several years. They were not conceived linearly and progressively but, in their fragments, they begun clustering around a thematic unity that each separately could not serve but which could not be formed without each of these pieces. The thematic unity they comprise forms a minor history of love, loss, and the everyday. The first project “I Remember All of You” hails from 1996 and was recovered by the impossibility of meeting the imperative that one must remember to forget (an imperative that promises to release suppressed potentialities into one's everyday life). This picture becomes the skeletal structure of the whole unity. The negative turning away from the viewer is a sign of the failure of everyday protocols to allow the demands of desire to be heard or avowed. Aborted desire, as one knows, does not go away, rather it feeds on the flesh of the everyday from which it is expelled; perhaps this is what is meant by fantasy, daydreaming, illusion. The burden of desire exiled, of desire, that is, denied the life of signs where it could be addressed, tamed, allowed to dissipate, takes revenge on the quotidian. The latter thus revenged cannot realise its potentialities and its only action and dynamic shrinks into the feverish suppression and denial of its aborted half.

If “I Remember All of You” opens the scene of interrogation of the split between desire (reality denied its claims) and reality (what has been brought to the life of signs), “Ubungen Um Zu Vergessen” (Oblivion’s exercises) concretises even more the antinomy between the everyday and fantasy. For that reason the second project can be read as an answer but a peculiar answer, one which suspends the contradiction in series of images leaving fantasy blind and daily life impoverished. It is a stifled, muffled answer that cannot bridge the gap, exit the antinomy.

Dimitriadis father's “Spaziergang” (Promenade) project explores another aspect of our amatory struggles. This time what is most anguished, most frightening. This project hues close to the extremes of psychic pain is always fear of loss of this unconditional love that promises to what is most needy, dependent and unsure, an aftermath. A survival of loss and of loss of love.

“Men and Women”, a photograph of a dark door, framed by a blinding light contouring its encasement. The idea was to make light into the bearer of the sign of loss and the door the barrier that cannot defend against what floods the little rooms of our lives. Together they comprise a piece of the amatory history of sexual difference.

The constructed piece is the first study of a series of room studies. Inspired by a letter Kafka wrote to Milena, what was an immediate strong impression soon developed into an obsessive idea for visualising Kafka's fluid description of a room he dreamt of. How to bring to the visual field a piece of writing, and, moreover, a piece of writing that narrates a dream, and, moreover, a dream confessed to a paramour who was more and more claimed by unreality, became the affective motive of this work.