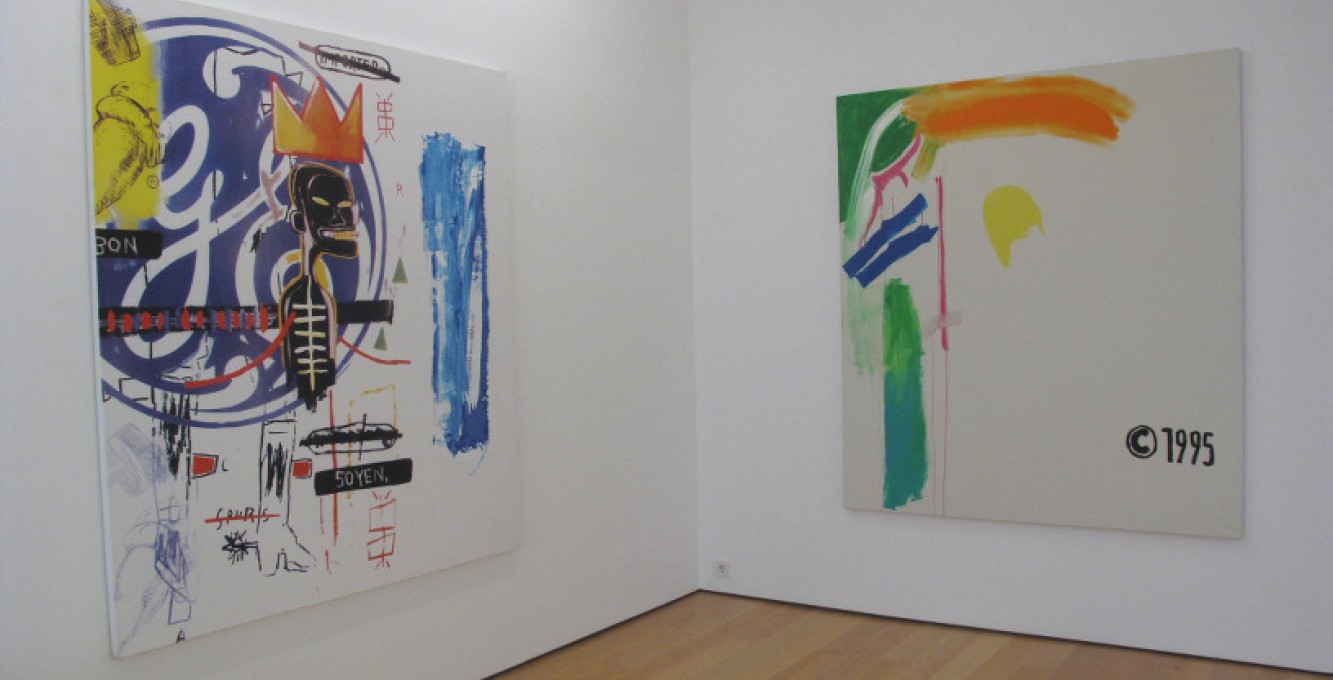 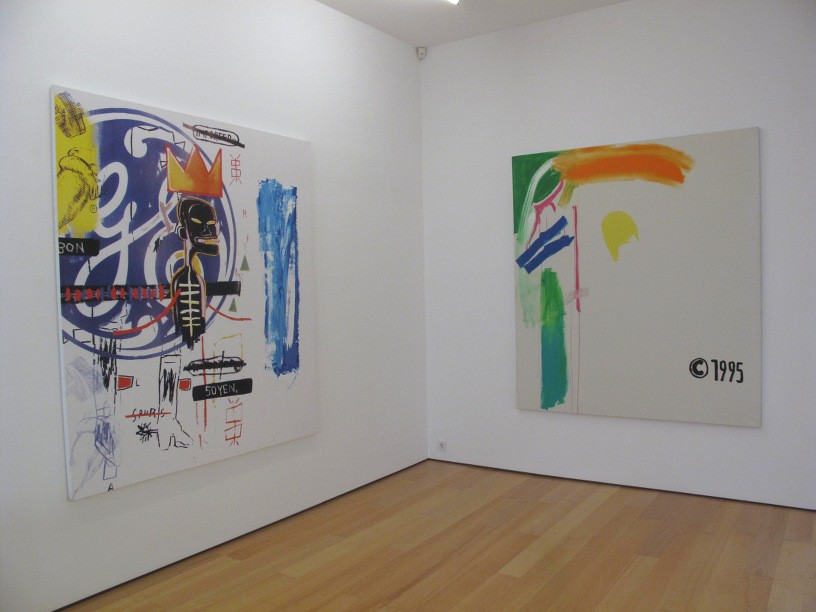 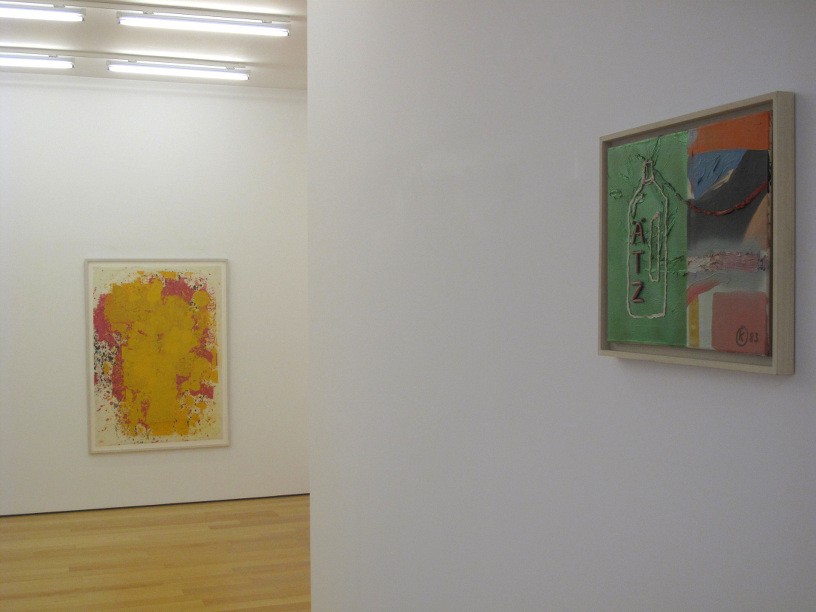 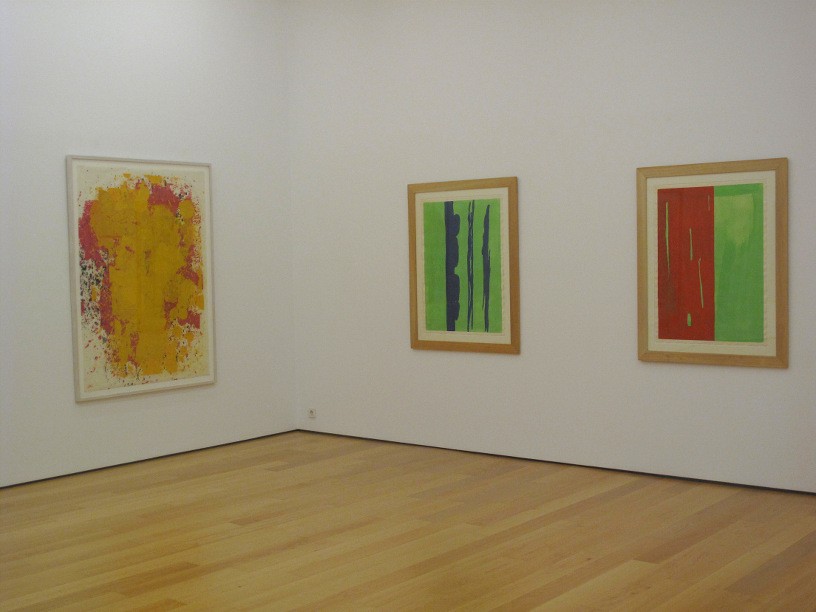 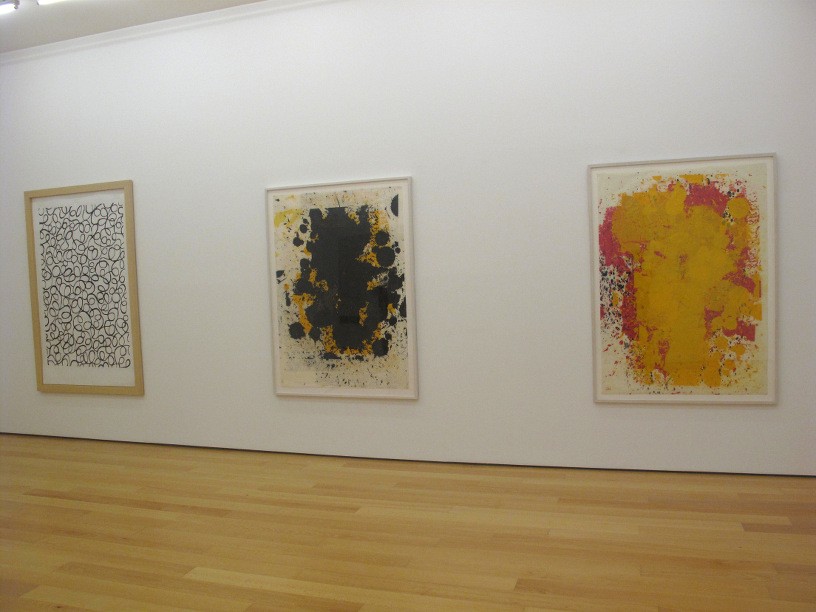 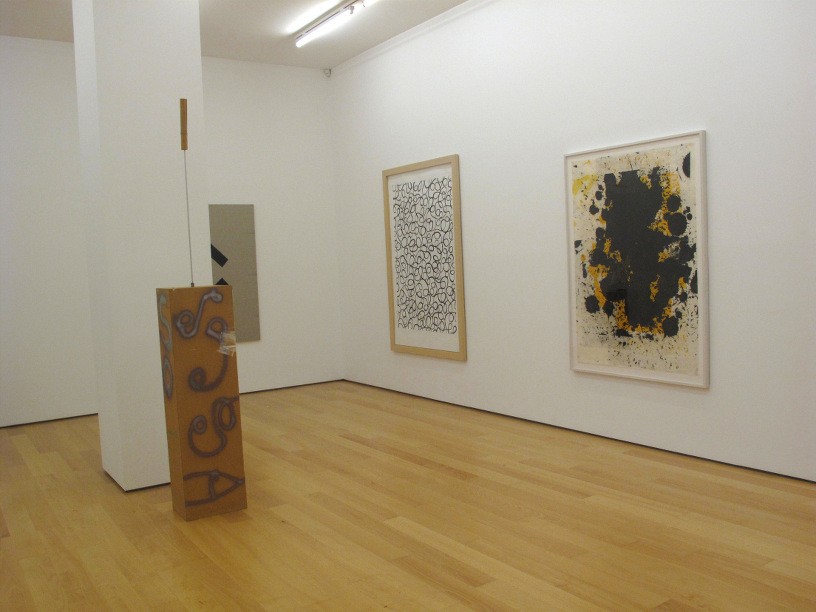 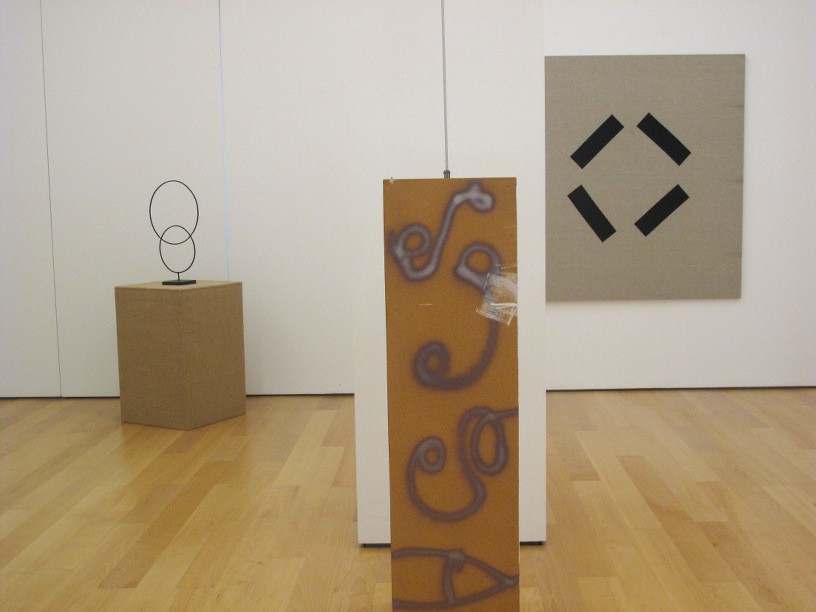 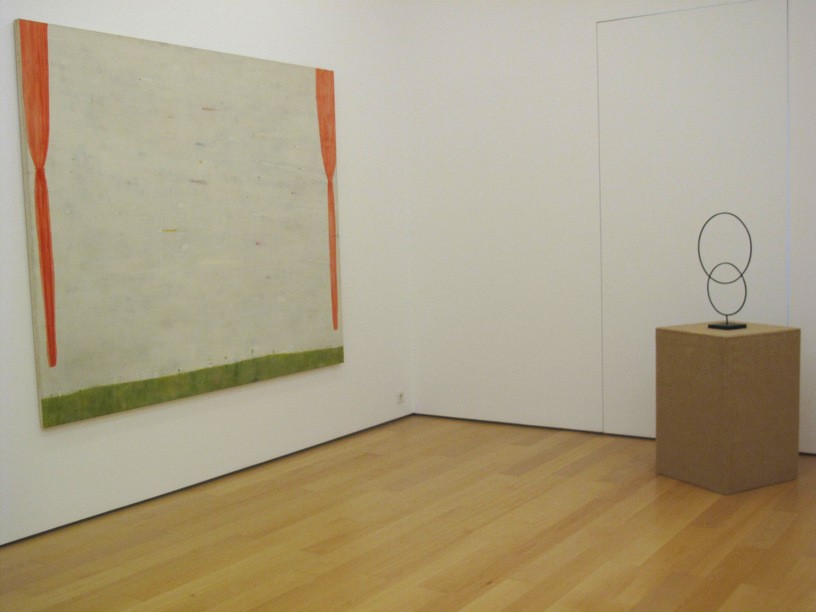 The british artist Keith Coventry (b.1958 in Burnlay) creates paintings and sculptures which manipulate legacies of Modernism to address conditions of contemporary urban life. The artist's work demonstrates an enduring interest in the dark flipside of idealism: urban decay, social failure, drug abuse, and alienation. Many of the art historical references that Coventry deploys are defined by the Utopian ideals of Modernism, the aim of which was to refashion the world. His paintings and sculptures pit art history - Malevich, Rodchenko, Dufy, Morandi, and Sickert, International Modernism, Minimalism and Pop Art - against images of heroism and idealism, and dissolute decadence and aberrant behaviour.

Since about 1992, paintings and works on paper known and documented in literature as "Gitterbilder" (grid paintings) appear in Günther Förg's (b. 1952 in Fuessen, Germany) work. The roots are to be found in an earlier series, the so-called "Fenster-Aquarelle" (window watercolors): the crossbar forms a grid for the space in the image, which provides the frame for a whole flow of paintings without limiting their free display and development. The "grid paintings" consolidate the essential components of painting in the most concentrated way: The drawing, the composition, the color and eventually the gesture or handwriting of the painterly execution, and last but not least the motive as artifact and the motive as the original motivation for painting.

Although Isa Genzken's (b. 1948 in Bad Oldesloe, Germany) primary focus is sculpture, she uses various media including photography, film, video, works on paper and canvas, collages, and books. Her diverse practice draws on the legacies of Constructivism and Minimalism and often involves a critical, open dialogue with Modernist architecture and contemporary visual and material culture. Using plaster, cement, building samples, photographs, and bric-a-brac, Genzken creates architectonic structures that have been described as contemporary ruins. She further incorporates mirrors and other reflective surfaces to literally draw the viewer into her work.

Sergej Jensen’s (b. 1971 in Copenhagen) work draws on a wide range of materials and formal references. Primarily known for his textile works, his lyrical compositions incorporate a variety of fabrics, from burlap and linen to silk and wool. Working within the idiom of minimalist painting, Jensen takes its material support – the canvas – and sews, bleaches, stretches or stains the cloth to create works that waver between abstraction and representation.

WIth Dadaistic humor, irony and sarcasm the artistic work of Martin Kippenberger refers to the contradictions of our society, including social and cultural systems. In a similar way as Picabia and Sigmar Polke he choses subjects related to the banalities of life, politics, media and advertising. The programmatic “lack of style” in his work depends on the different thematic framework, which he introduced in his art. For him there was not a subject, about which he could not make art. At the same time for Kippenberger art was meaningless without a thematic framework.

Michel Majerus’s paintings refer to images that we have seen before. He appropriates history and reproduces its visual results. The artist himself in an interview claims that in his work he is occupied with the speed of perception of present issues, which he considers to be more important than the classical ones, and he uses static images, figures of speech and stylistic elements. His motivation is the formation of a new artificial reality that exists in many different colors. His work also displayed an appreciation of the history of painting in the twentieth century, with references to work by artists such as Basqiat, Willem de Kooning, Cy Twombly, Gerhard Richter, Frank Stella and James Rosenquist, as well as the master of Pop art, Andy Warhol.

Hiroshi Sugito’s (b. 1970 in Aichi, Japan) paintings have a transparent depth of the luminous spaces, which is achieved through a sophisticated and time consuming technique of applying numerous layers of acrylic paint and dry pigment. Floating within those painterly horizons, the figurative elements seem uneasily lost in time and space, thus avoiding any obvious narrative or anecdotal meaning. Rather they read as poetic ciphers for memories, thoughts, and sensations. Recurring motifs in Sugito’s paintings are curtains, referring to a predominant metaphor of Western painting.

The basic element of Christopher Wool’s (b. 1955 in Chicago) work is the process of painting itself which he explores by reducing form and color, then experimenting with different painting and reproduction techniques within these parameters. The processes of painting, the physical properties of paint and techniques of reproduction underpin Wool’s practice. In previous works he has used a plethora of media comprising aluminium, silkscreen, varnish, photography, paint rollers and stencils with industrial procedures and techniques made available by mass production. Wool used these procedures in combination with painting to play with the ideas and techniques of reproduction.