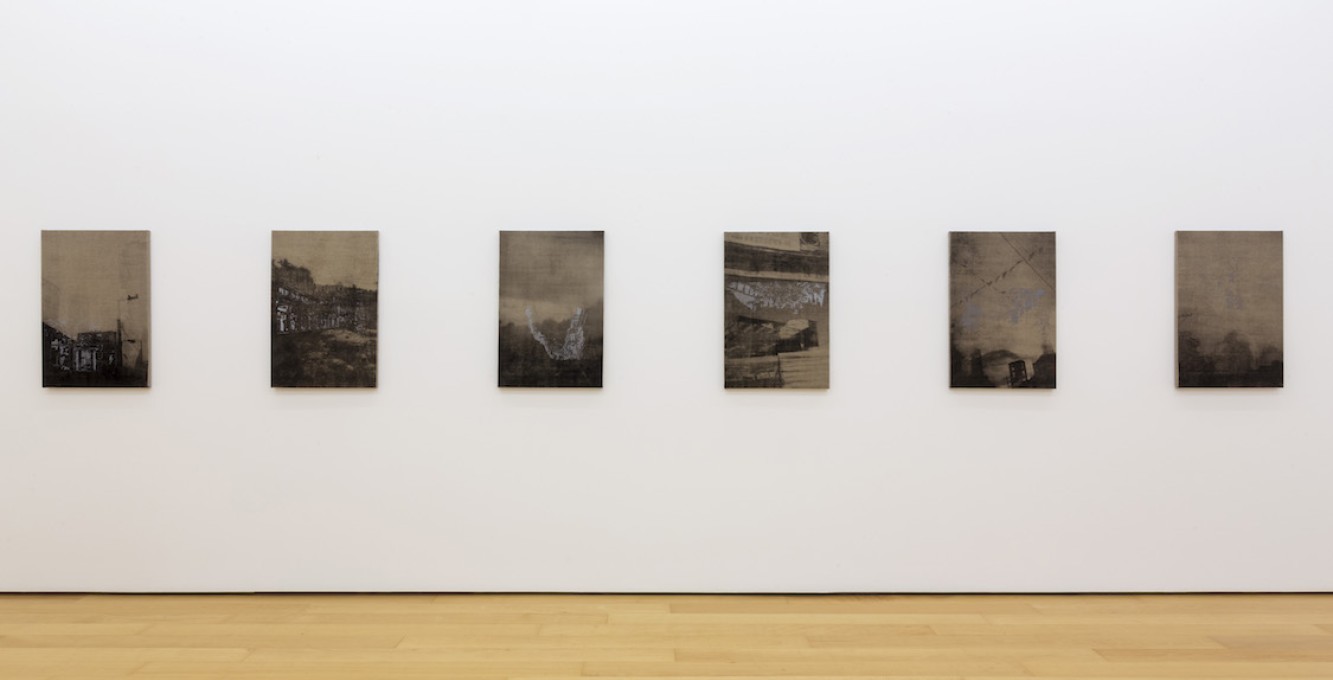 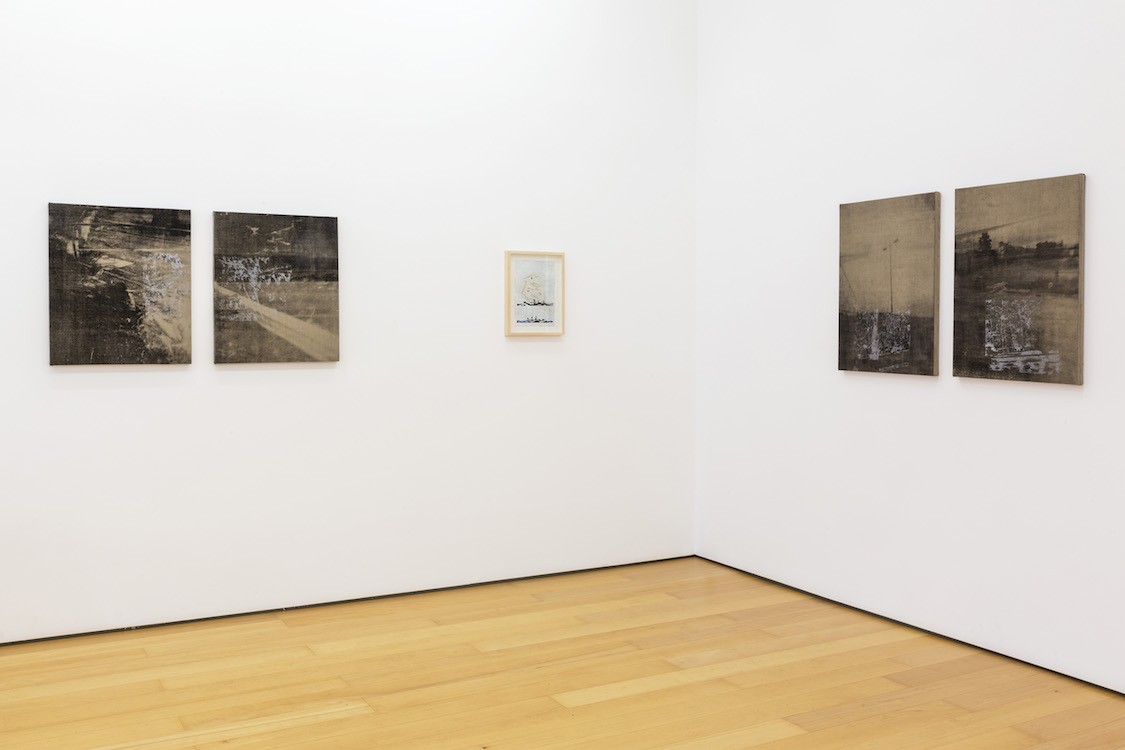 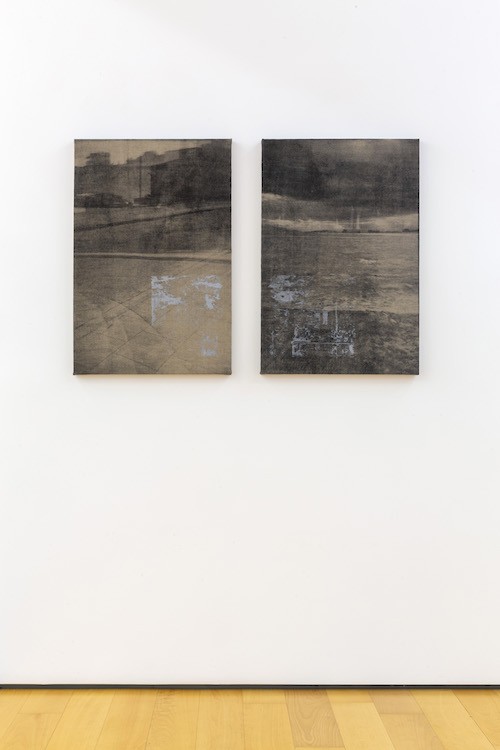 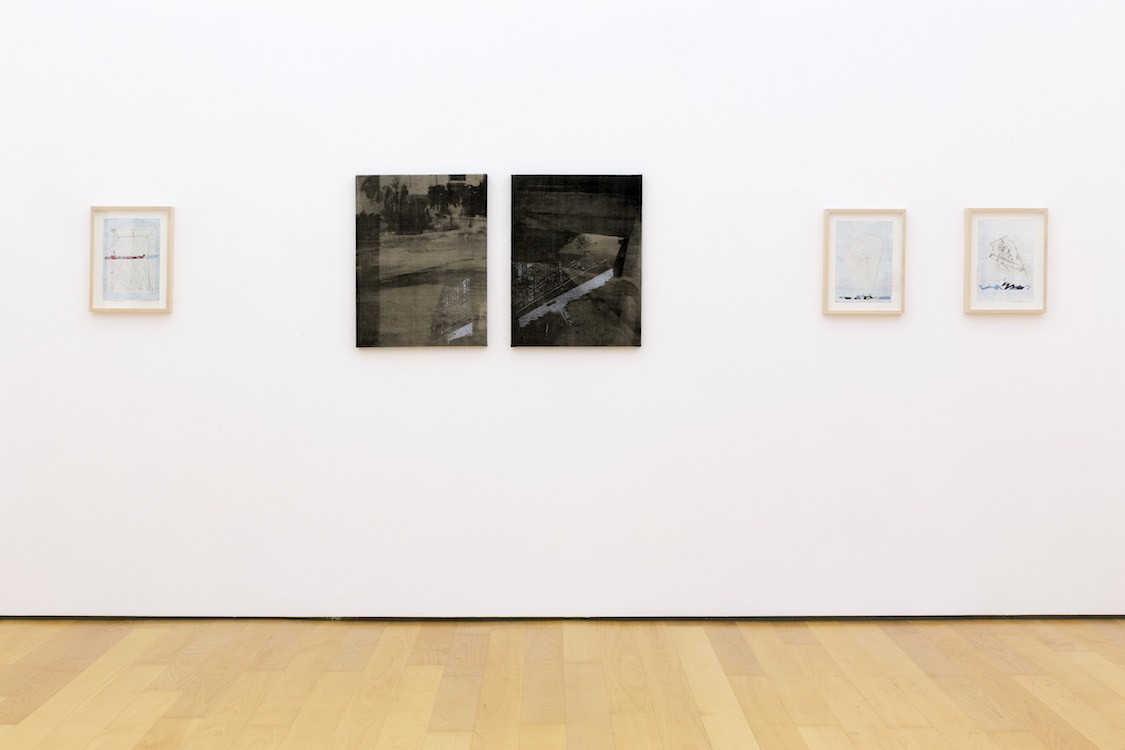 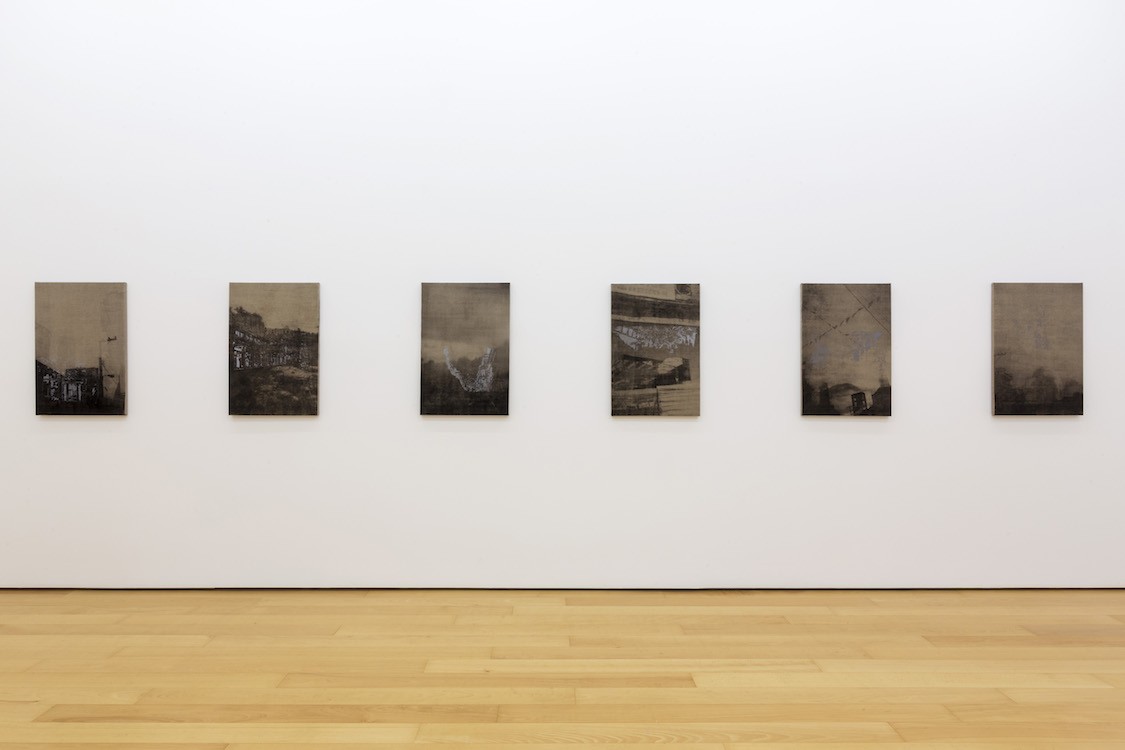 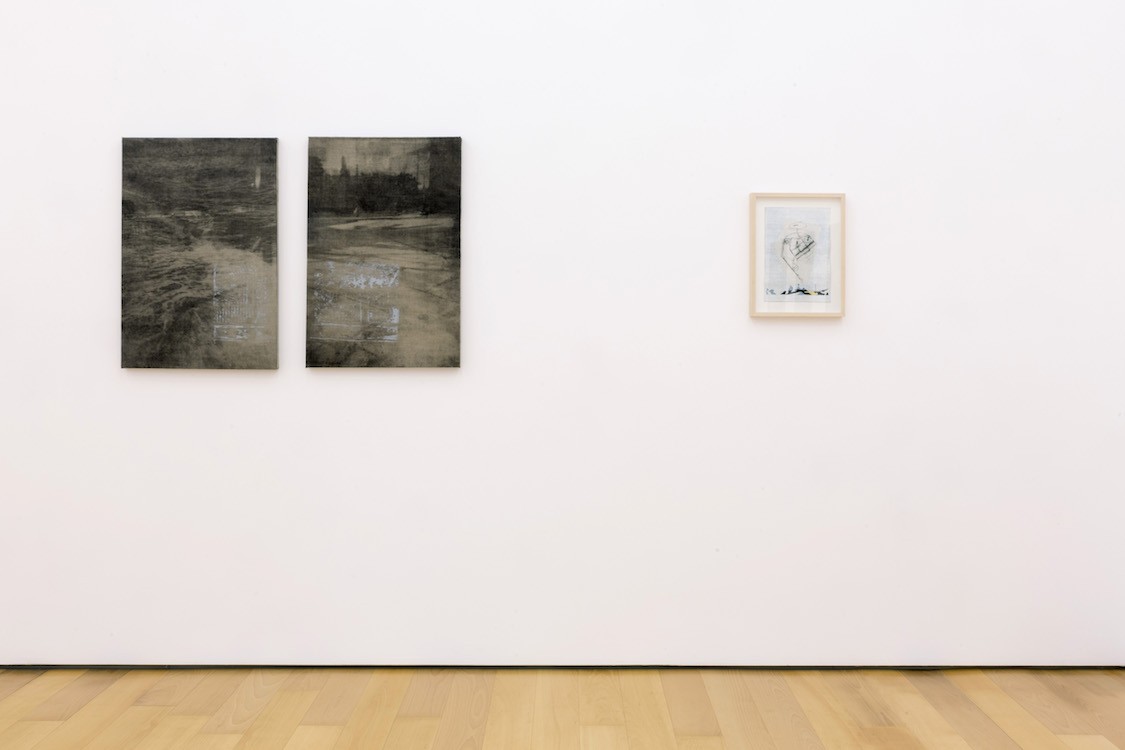 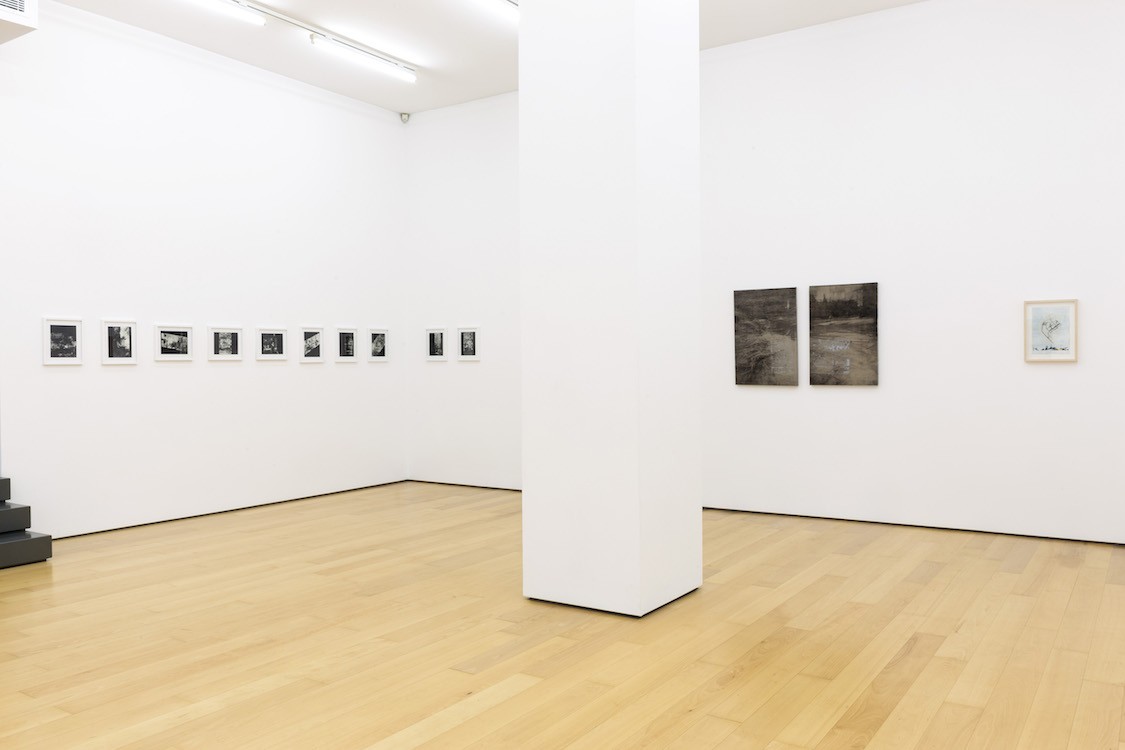 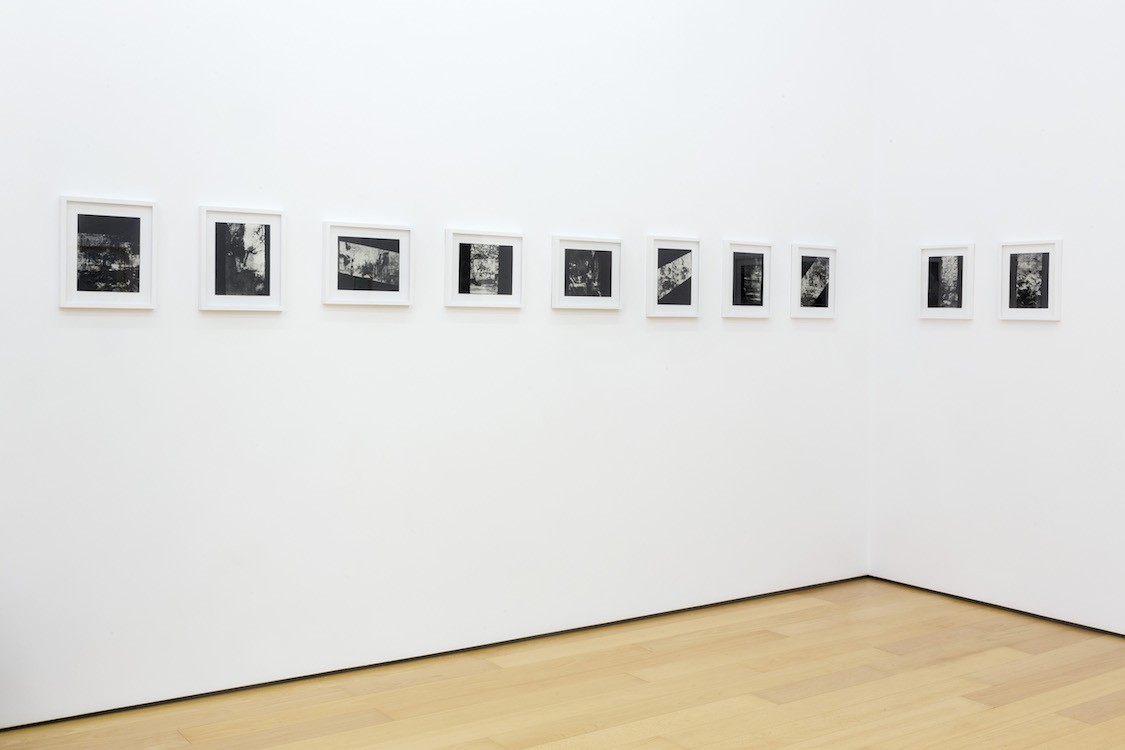 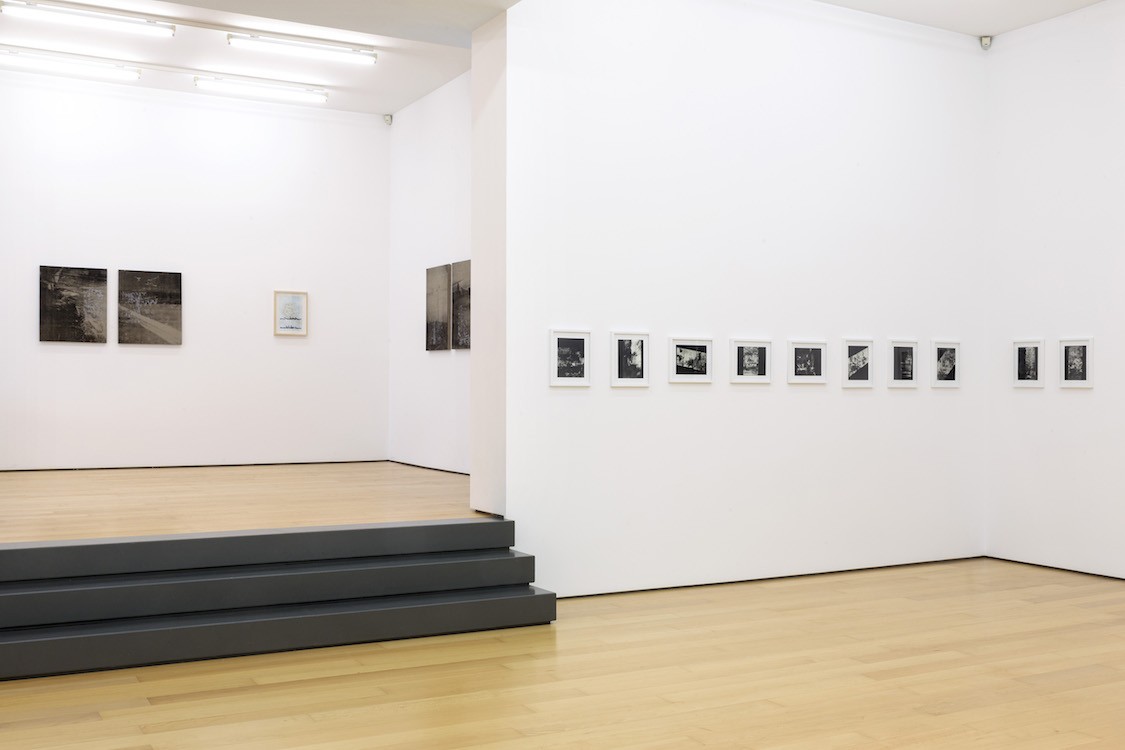 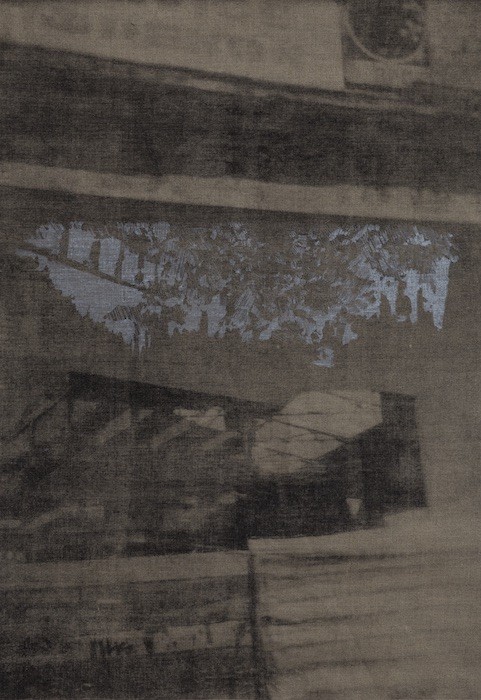 Eleni Koroneou Gallery is pleased to present the new solo show of Eirene Efstathiou. ‘A Jagged Line through Space’ is a meditation on a speculative landscape. The works originate in a ten year old archive of Efstathiou’s own photographs of a historic route through the city, and a series of maps drawn by others in response to the artist’s ongoing research question: is Exarcheia an island? The works are an assemblage of the documentation that resulted from following routes derived from these maps.

The maps themselves have a distinctly psychogeographic quality, they disregard administrative boundaries, transcend built space, and replace these with a series of personal and collective places and routes. Similarly, the documentation stages an approximation of these multiple perspectives, by using techniques such as multiple exposures on a single analog negative and drawings of stills from footage captured from a moving vehicle. In these traversals, Efstathiou focuses on the observation of ‘natural phenomena,’ voids and solids, porous and impermeable spaces, and other such, at once quotidian and ethereal qualities of place.

If this were an academic essay it might be called: Towards a psychogeographic natural history of Exarcheia island. Instead, it is a series of works that use traditional printmaking techniques, such as lithography, etching and mezzotint. Efstathiou is particularly interested in the indexical quality of graphic prints, that is, that they describe the thing itself, while simultaneously depicting the blur and erasure resulting from multiple media translations. The works appear as traces of a moving landscape recalled in memory; they describe a hypothetical fleet for the island, oneiric gardens in the sky, and haunted pageants. Although mostly devoid of human subjects, the works are a way to examine spaces and modes of confrontation between constituent (and destituent) power and State power and particularly how this is expressed spatially.