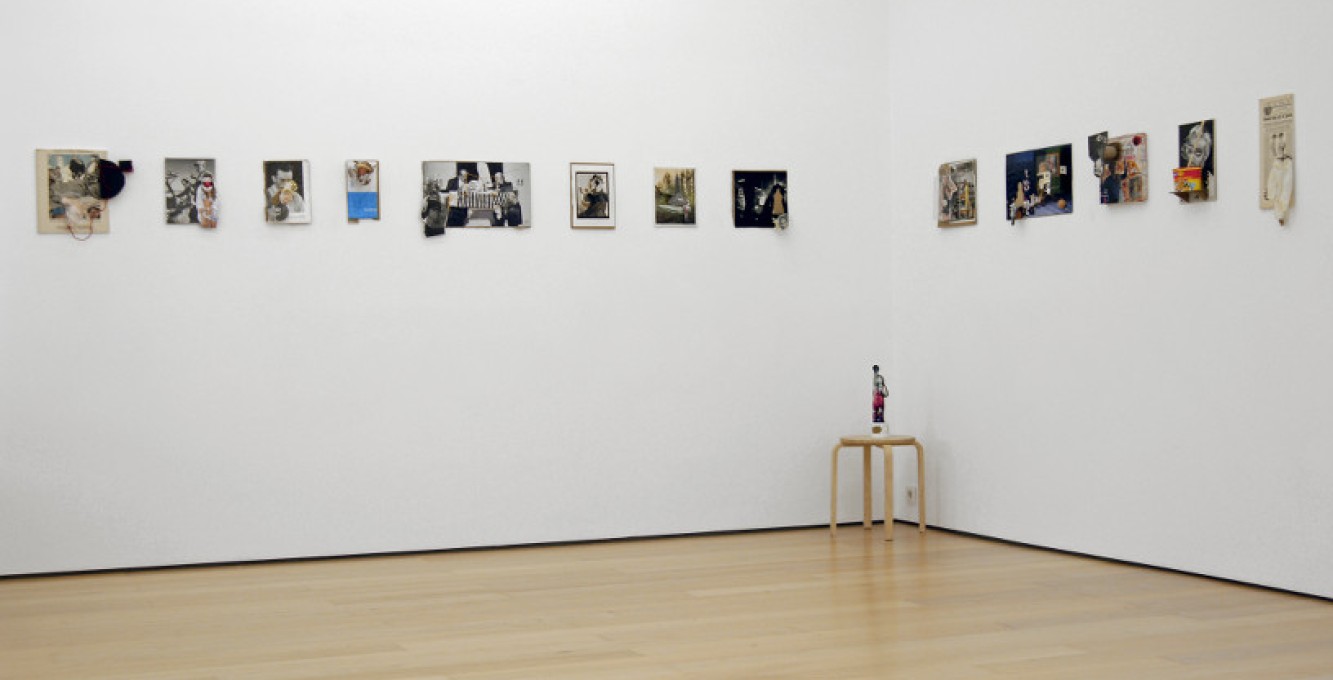 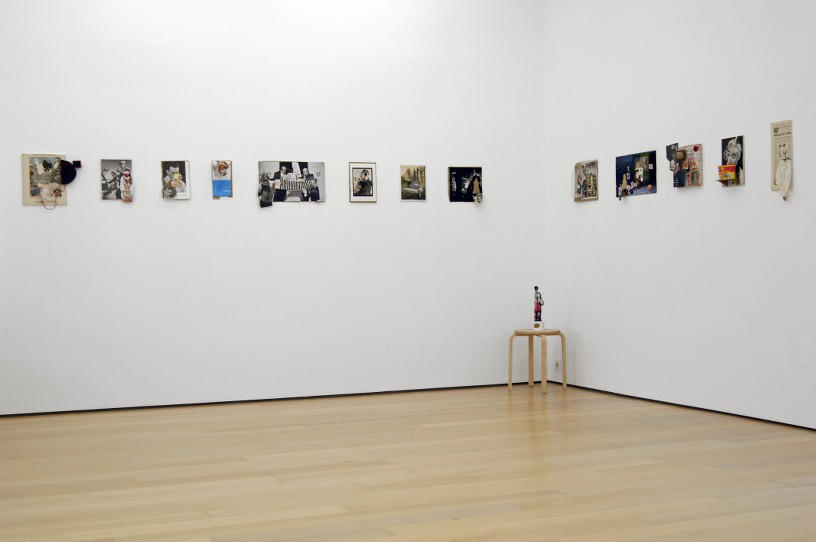 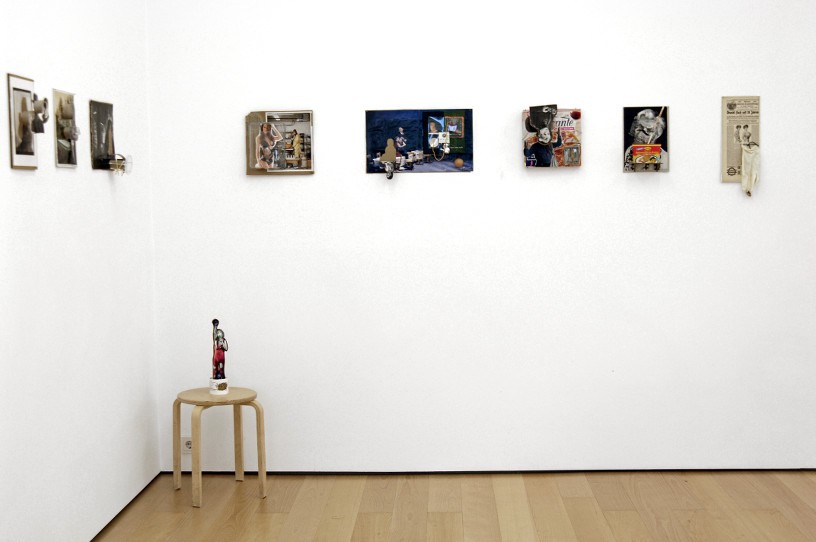 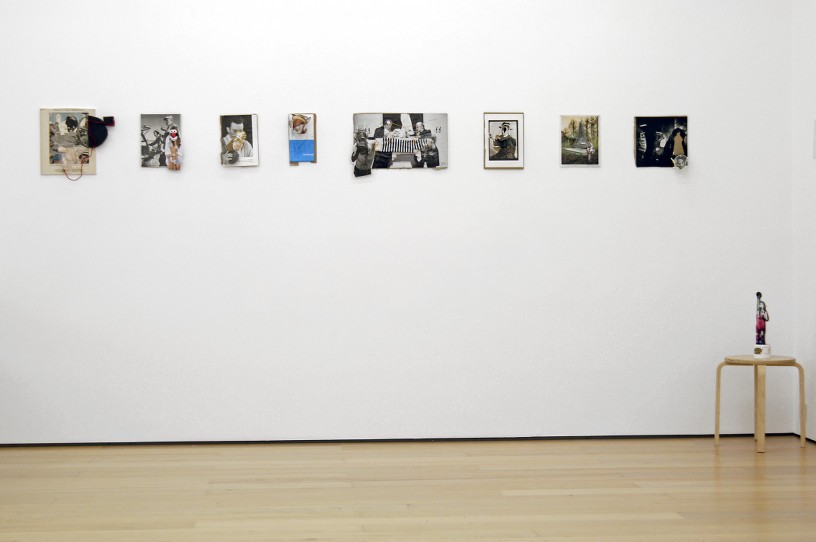 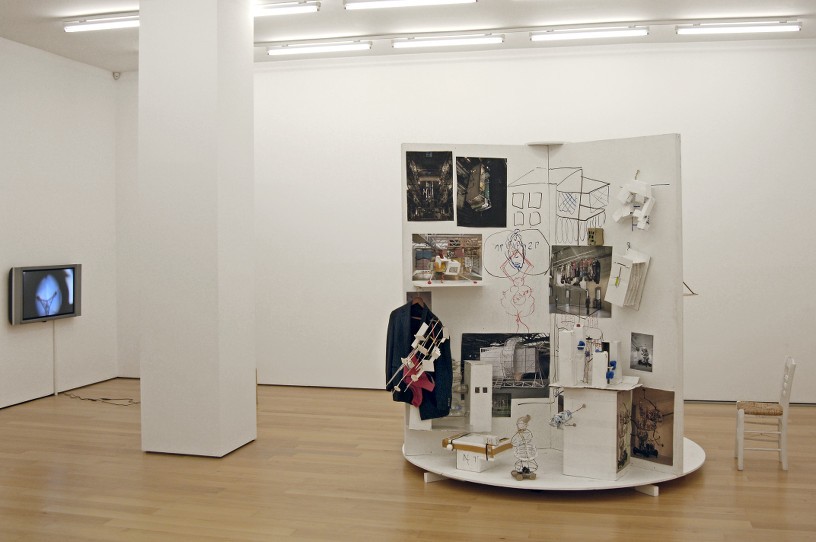 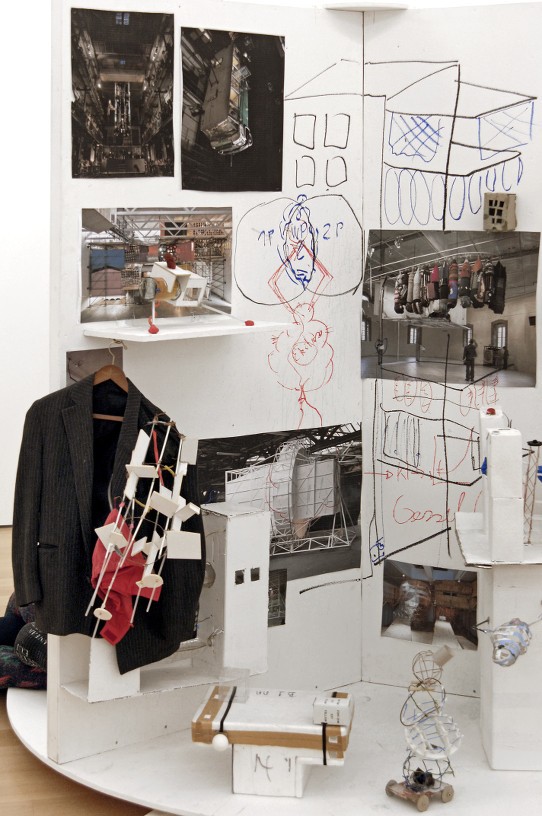 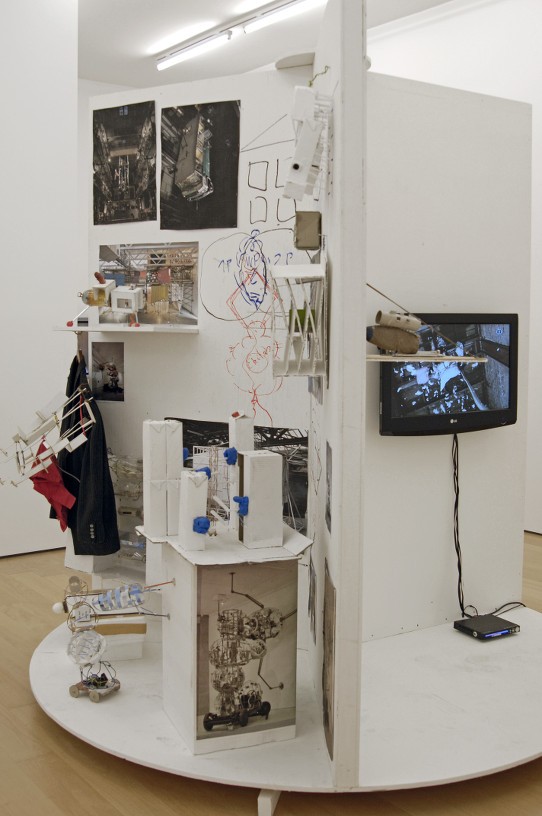 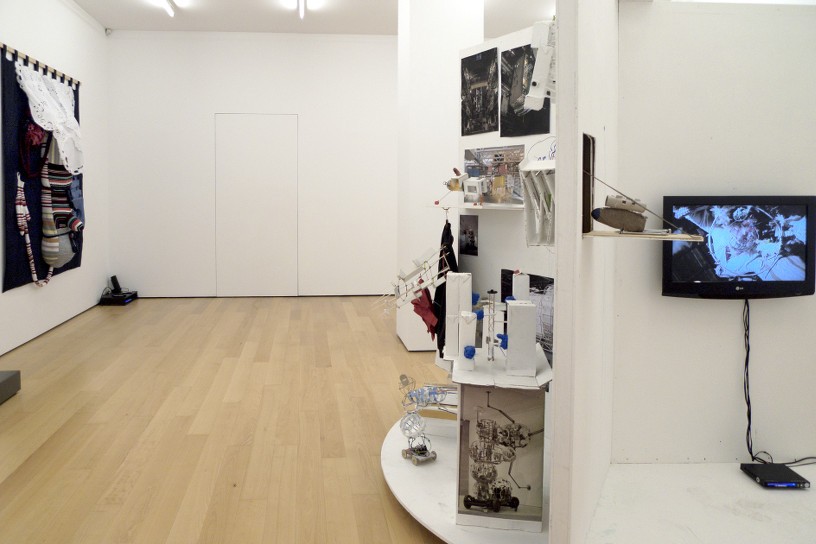 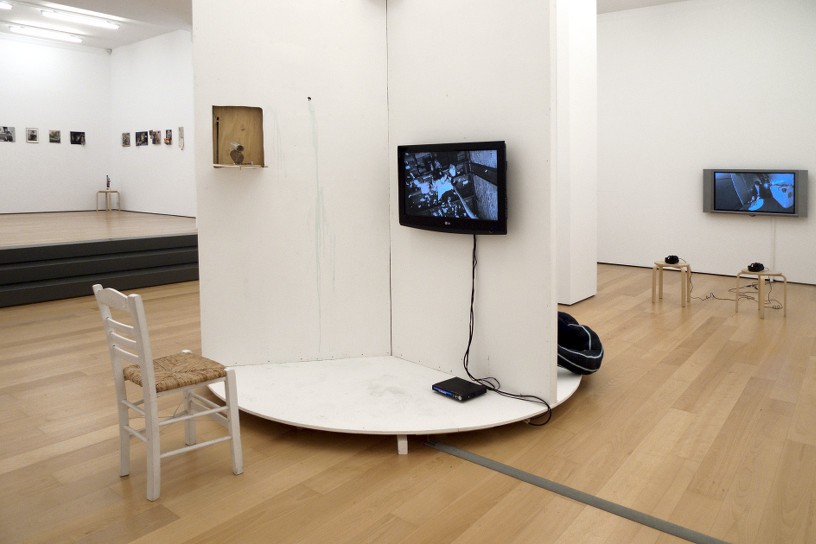 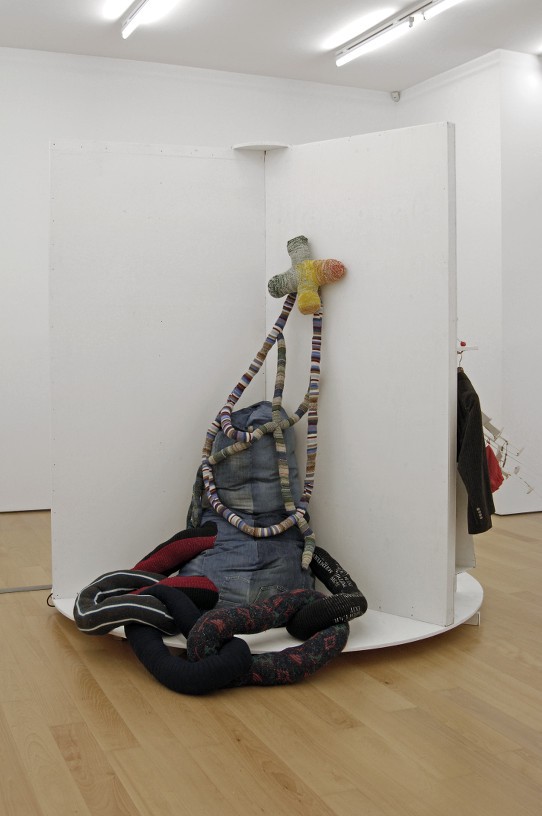 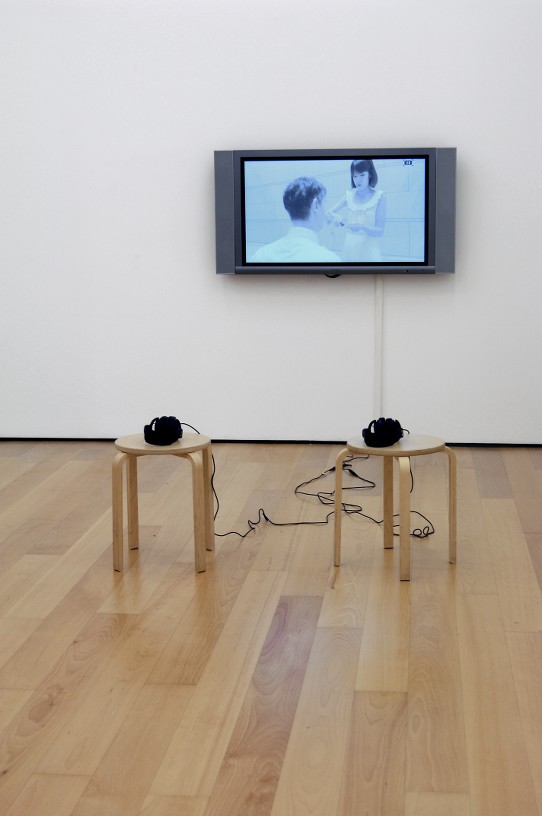 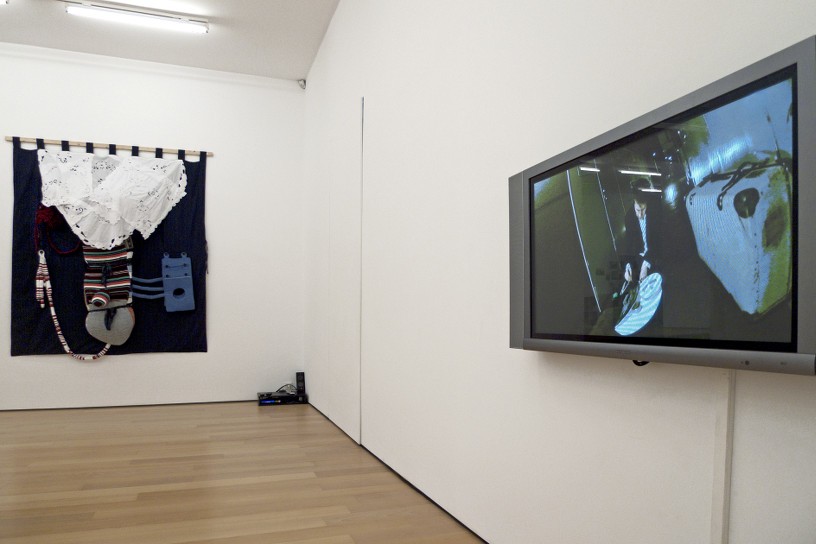 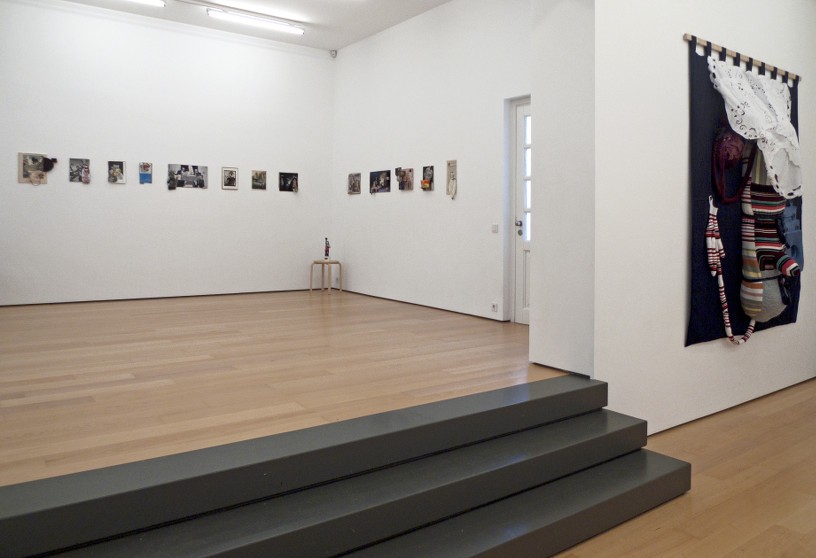 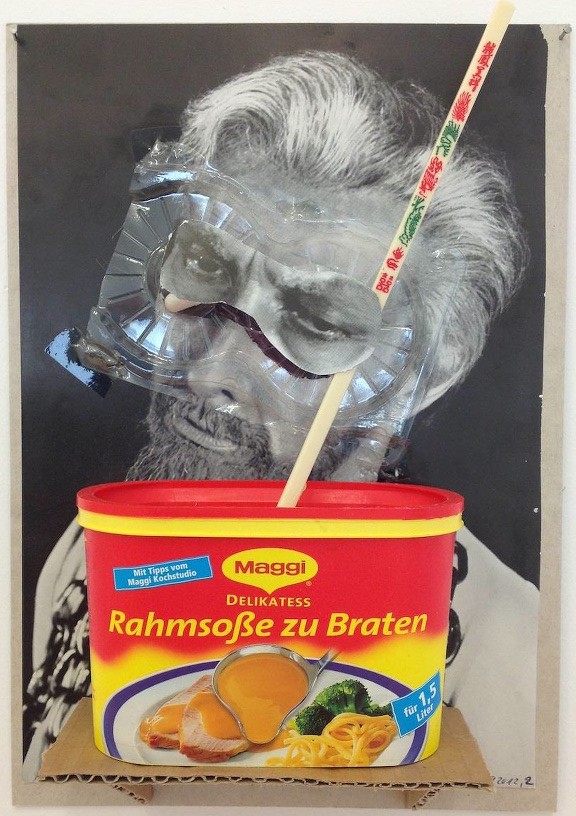 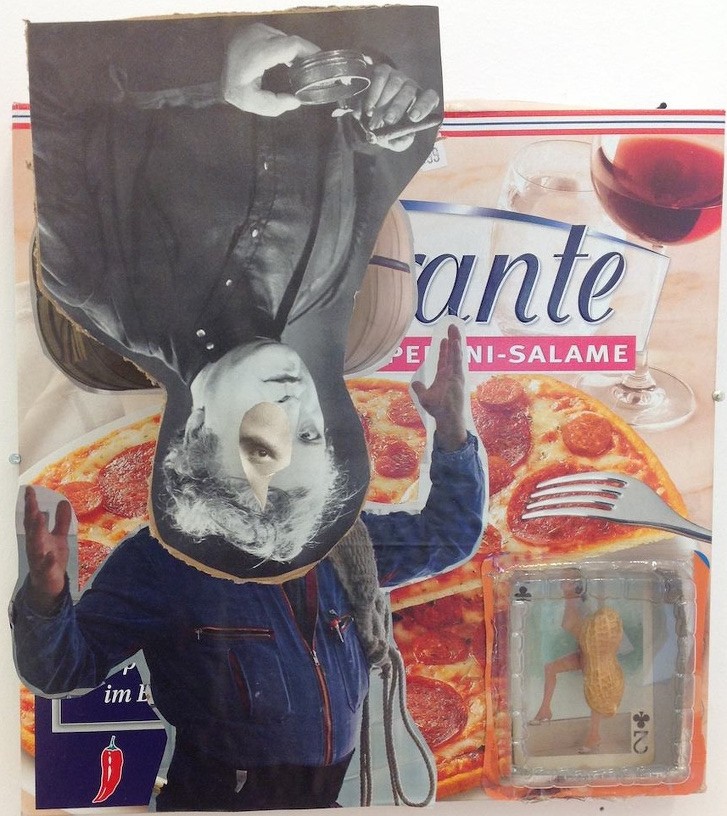 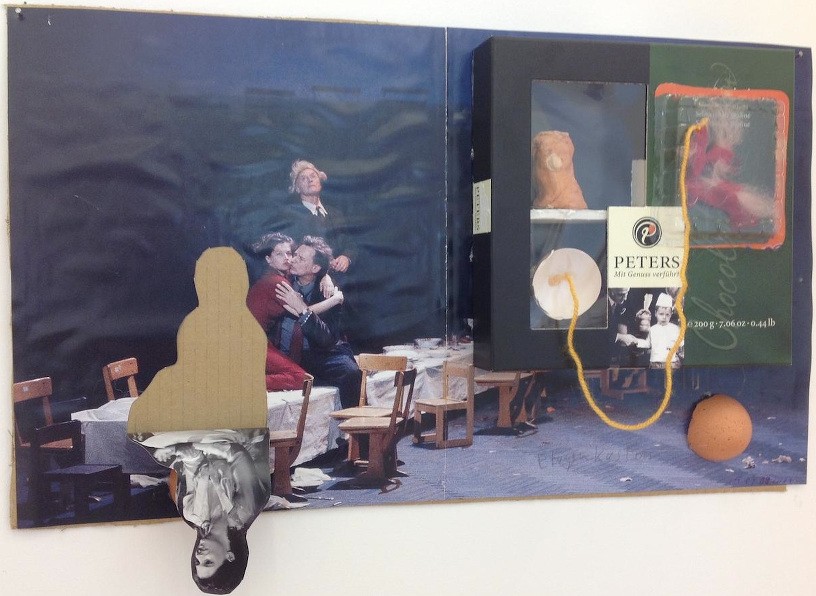 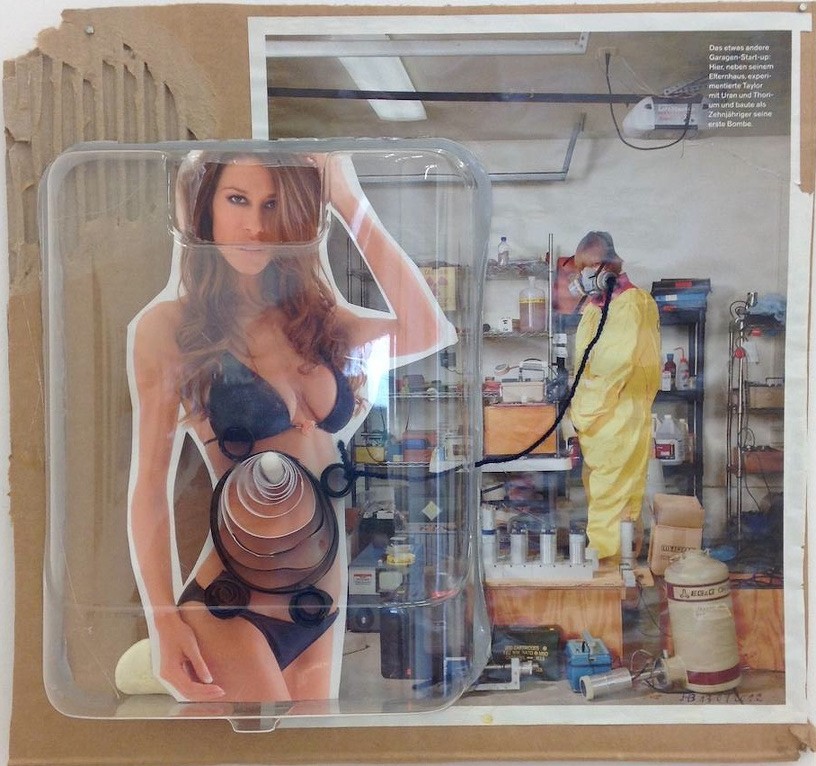 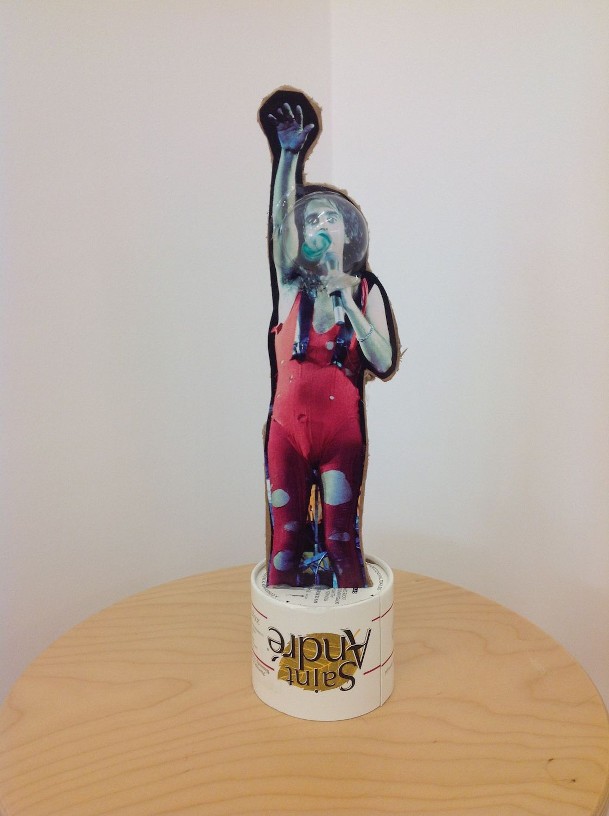 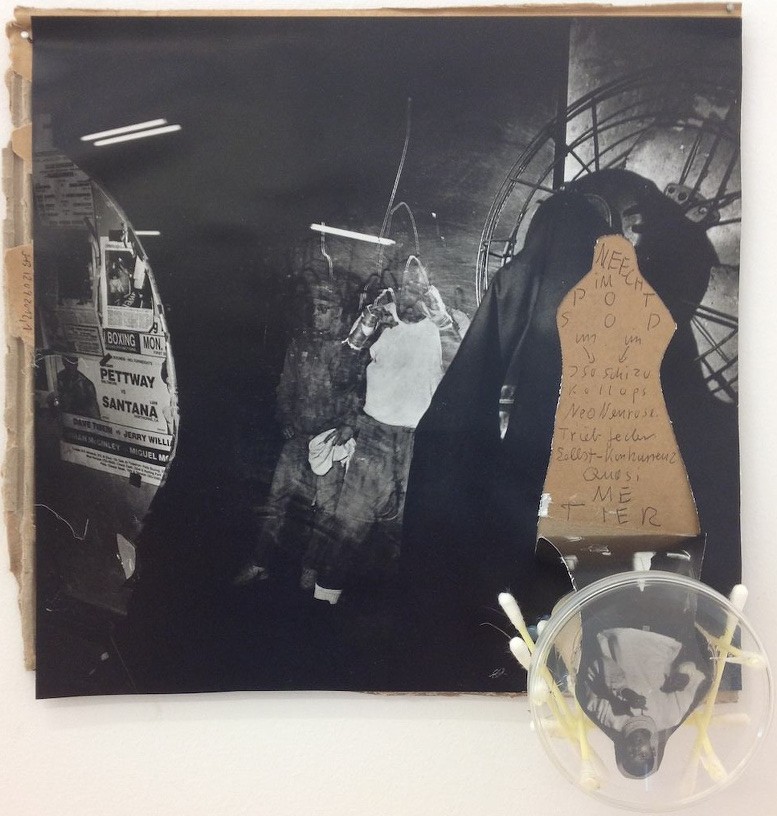 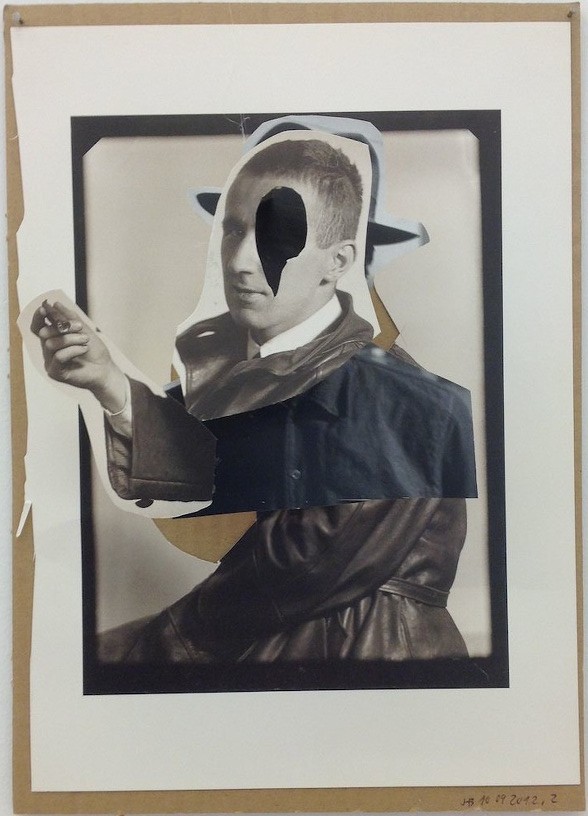 Eleni Koroneou Gallery is pleased to present for the fifth time the new work of John Bock in his third solo exhibition. John Bock was born 1965 in Gribbohm, Germany, lives and works in Berlin.

John Bock uses the form of performance as artistic medium, combining theater, video, installation and sculpture. Most of his early actions or performances were termed “lectures” and originated in the idea of an academic lesson on economic concerns. Starting out from that basis he has developed over time increasingly complex, large-scale installations in which he employs simple everyday objects and materials, like wood, fabric, wire, cotton wadding, toothpaste, shaving cream, cleaning products, and food, which he treats and combines in unusual ways in order to create simple structures of life as well as art’s evolution into abstract forms and paranoid models.

In his lectures Bock combines speech, dramatic elements with these everyday objects, which are transformed into sculptures. His performances are various and most of the time he uses amateur actors. After each lecture, the objects that he has used are left on stage creating a theatre-collage. The language he uses is not very clear, it is a mutation language that flows on the sculptures. The sculptures as objects are more relicts, vehicles, instruments, which try to combine the artist with the audience and the outside world. This auction comes from a personal utopia of the artist who wants to share it with the audience, hoping that this utopia will influence it. Significant role in the work of Bock plays this interactive connection with the public.

The current exhibition “Die Walze” which means “The Roller” presents a new sculptural installation and a series of collages. The title “Die Walze” refers to the central work of the show: a wooden open construction in a shape of a roller divided in three cabins. In each of the cabins John Bock has placed diagrams, photographs, collages, objects and a video.