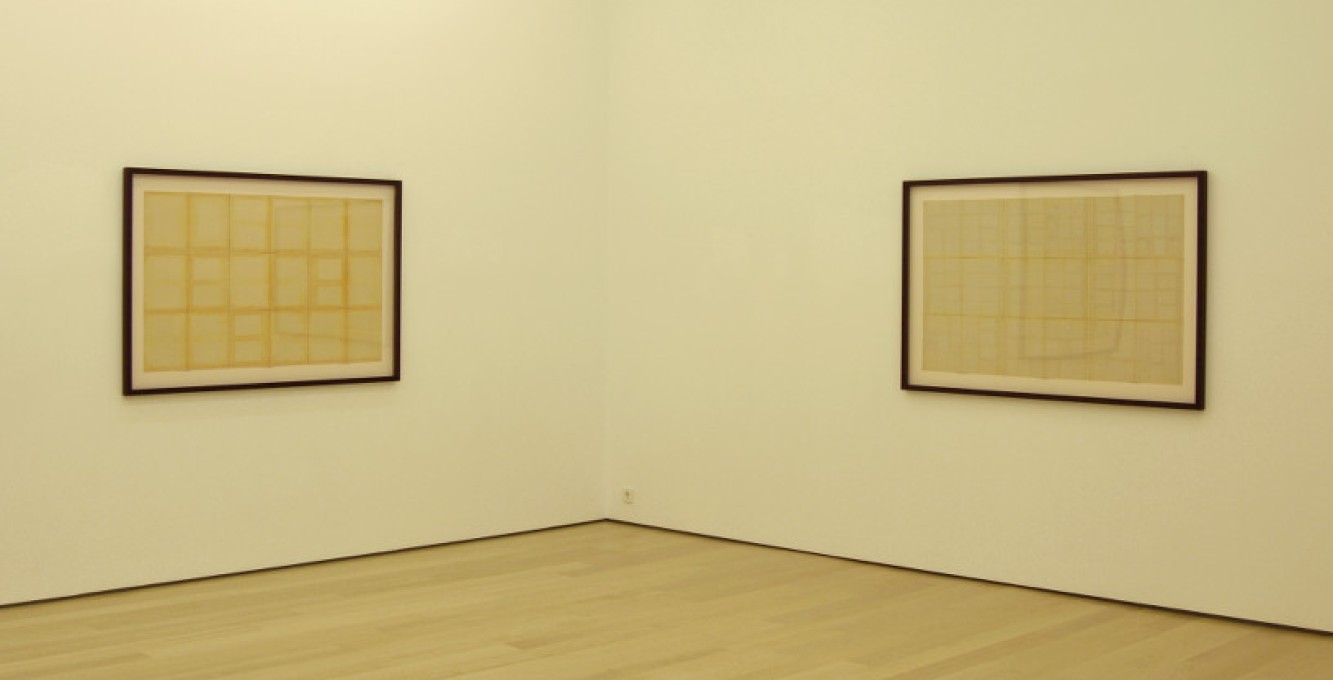 Eleni Koroneou Gallery is pleased to present the new work of Eftihis Patsourakis in his second solo exhibition. Patsourakis was born 1967 in Crete and he lives and works in Athens.

At the focal point of his multidimensional artistic practice, Eftihis Patsourakis delves into the individual and collective memory, into the relationship between identity and history and re-examines representation as a carrier of these matters, both through a net of actual social and cultural references as well as through particular reinterpretations regarding the history of art of modernism. In his work Patsourakis uses casual materials (for instance post-its, paper of burnt snipes, sheets from used photo albums) which mainly through their repetitive use, become structural elements of the image. His work moves between the aesthetics of the sublime (erhaben), the mechanistic and abstract sensitivity of minimalism and a dimension of banal pop innovation.

In the present exhibition Desire for Truth* the artist presents three units of his work, titled “Sand”, “Stars” and “Curtain”.
“Sand” is a series of collage made of empty pages from old family photo albums. It is about mini-private archives of traces of images which are in full development. Absent images of faces create an image with references to the tradition of abstraction that appears here as a connotation of the end of the images, as a metonymy of death. A mosaic of anonymous people, irrevocably doomed to a loss, composes this work. The work stands as a reminder that History is not the sum of our small private moments.

In the series “Stars”, groups of stars are not but fleeting lights on eyes’ irises.

In the series "Curtain" Patsourakis "highlights" with the twisted fluorescent color folded sheets of paper that usually cover the photos between the pages of a photo album. The artist thus highlights the traces of a desire. The vision, the present and the future meet in a fold.

*Jules Deleuze in his work Proust and Signs (referring to Proust’s novel “In Search of Lost Time”) claims that the search of Marcel Proust is oriented not to the past but to the future. His ‘search’ is not steered by an effort of recalling or exploring memory, but by the desire for truth.