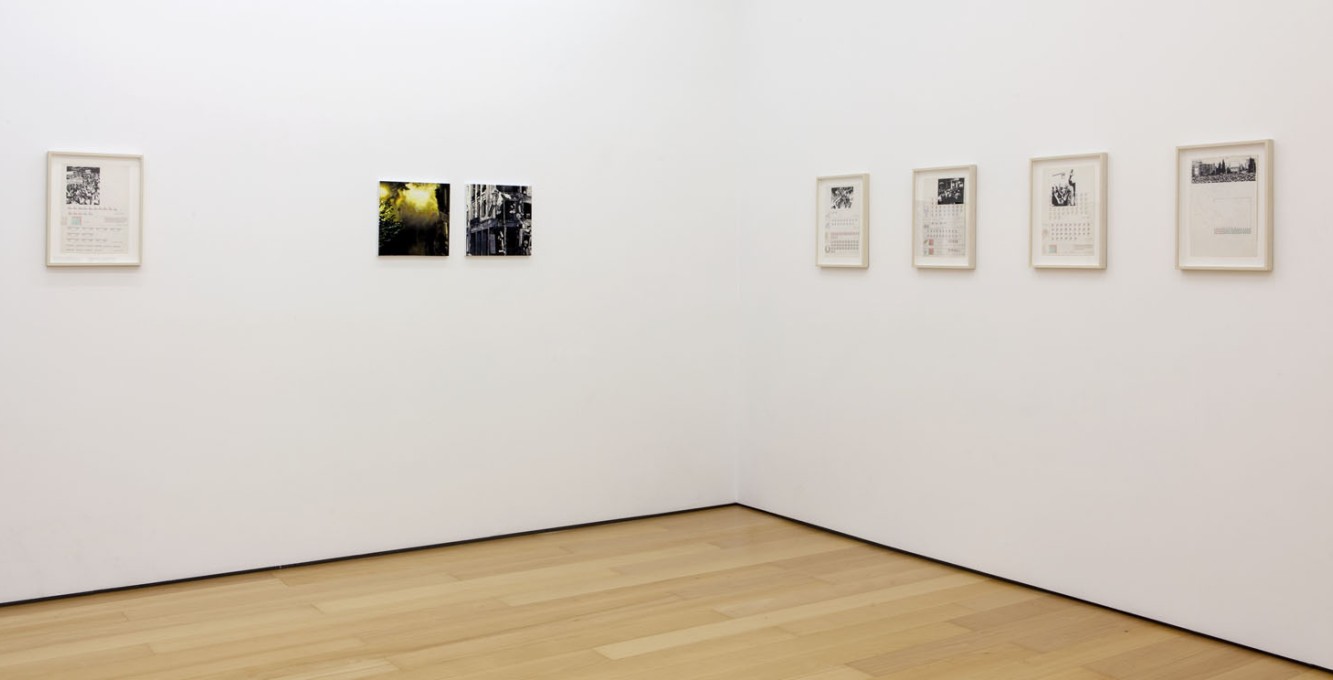 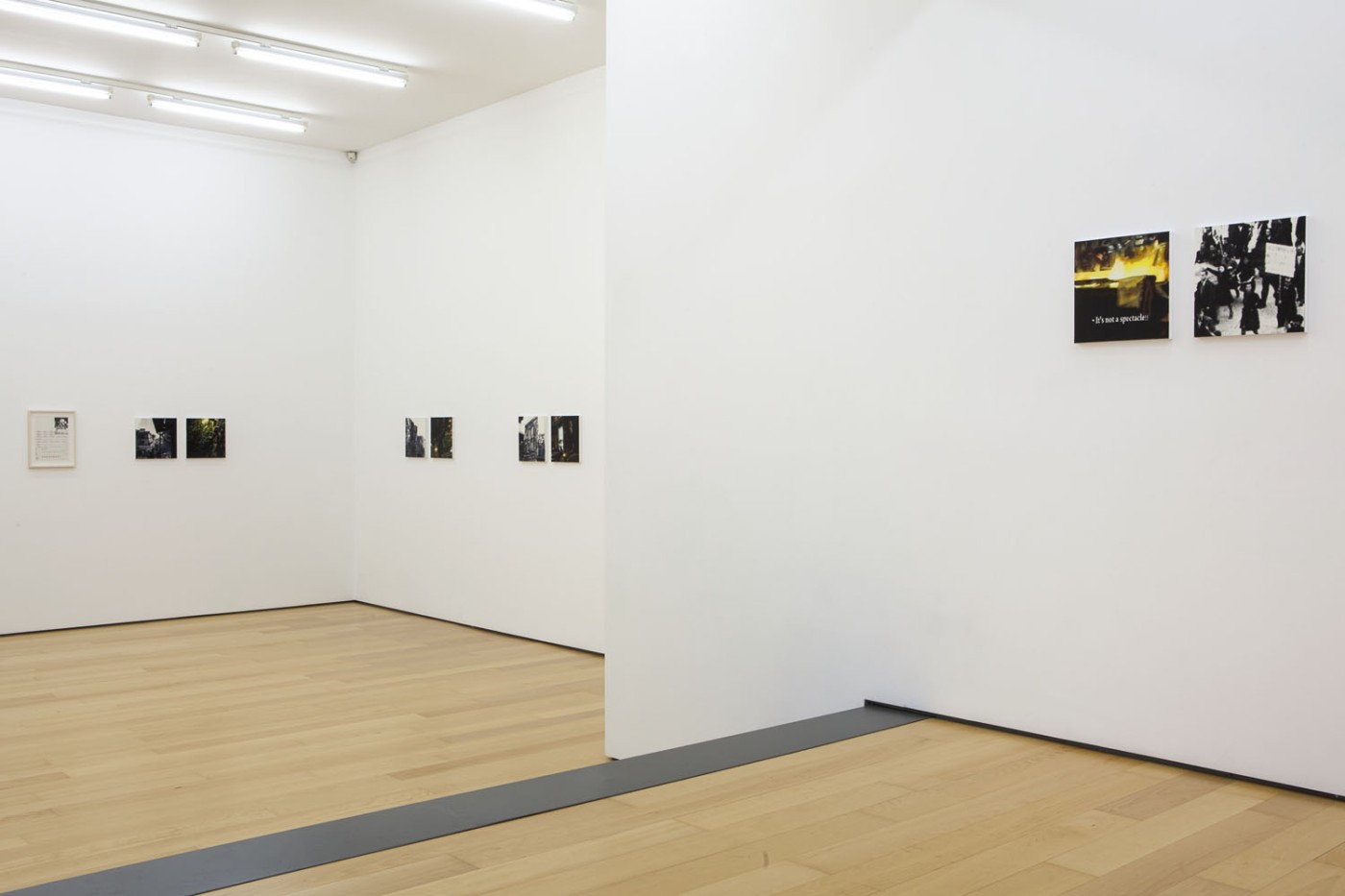 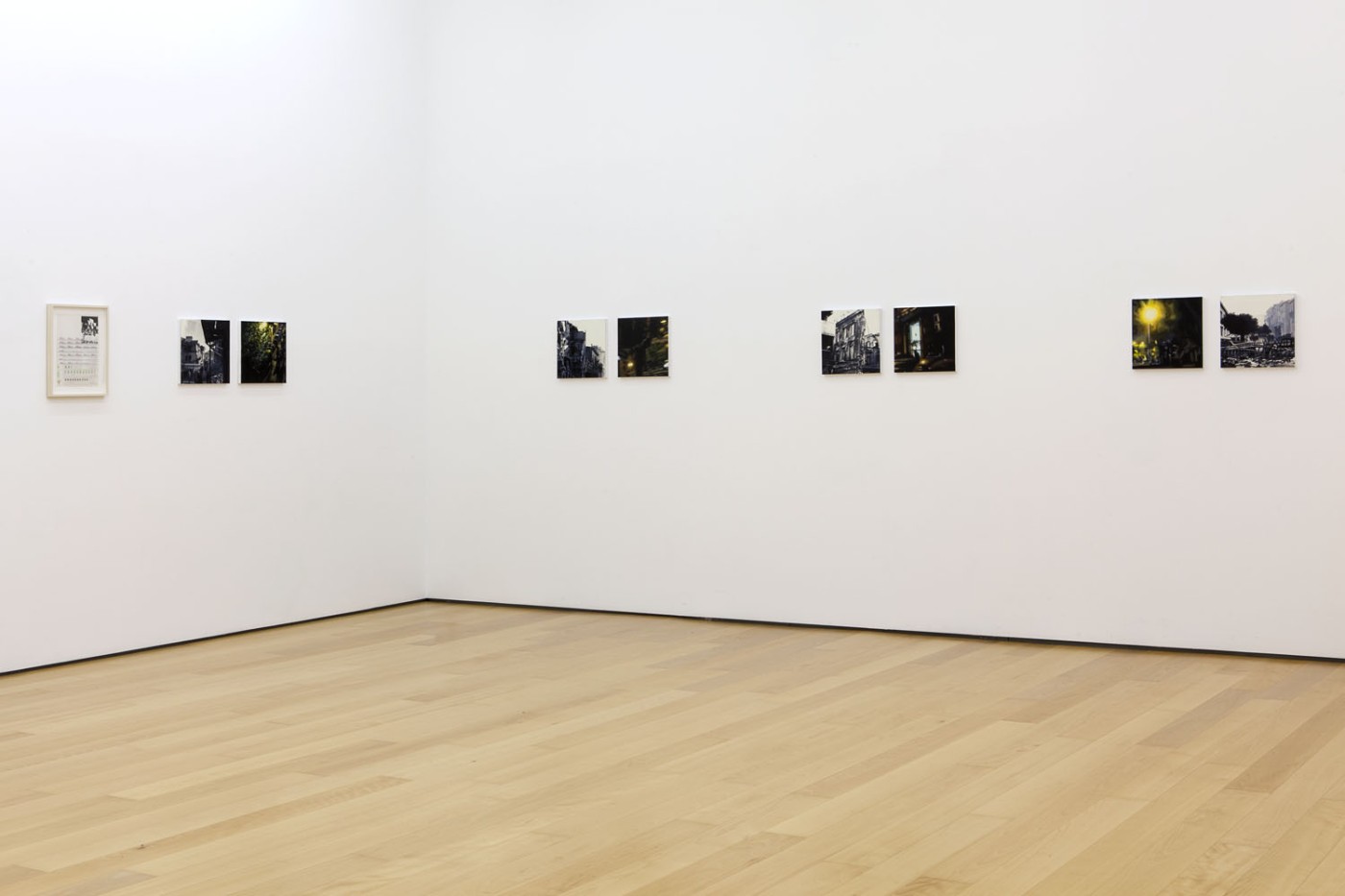 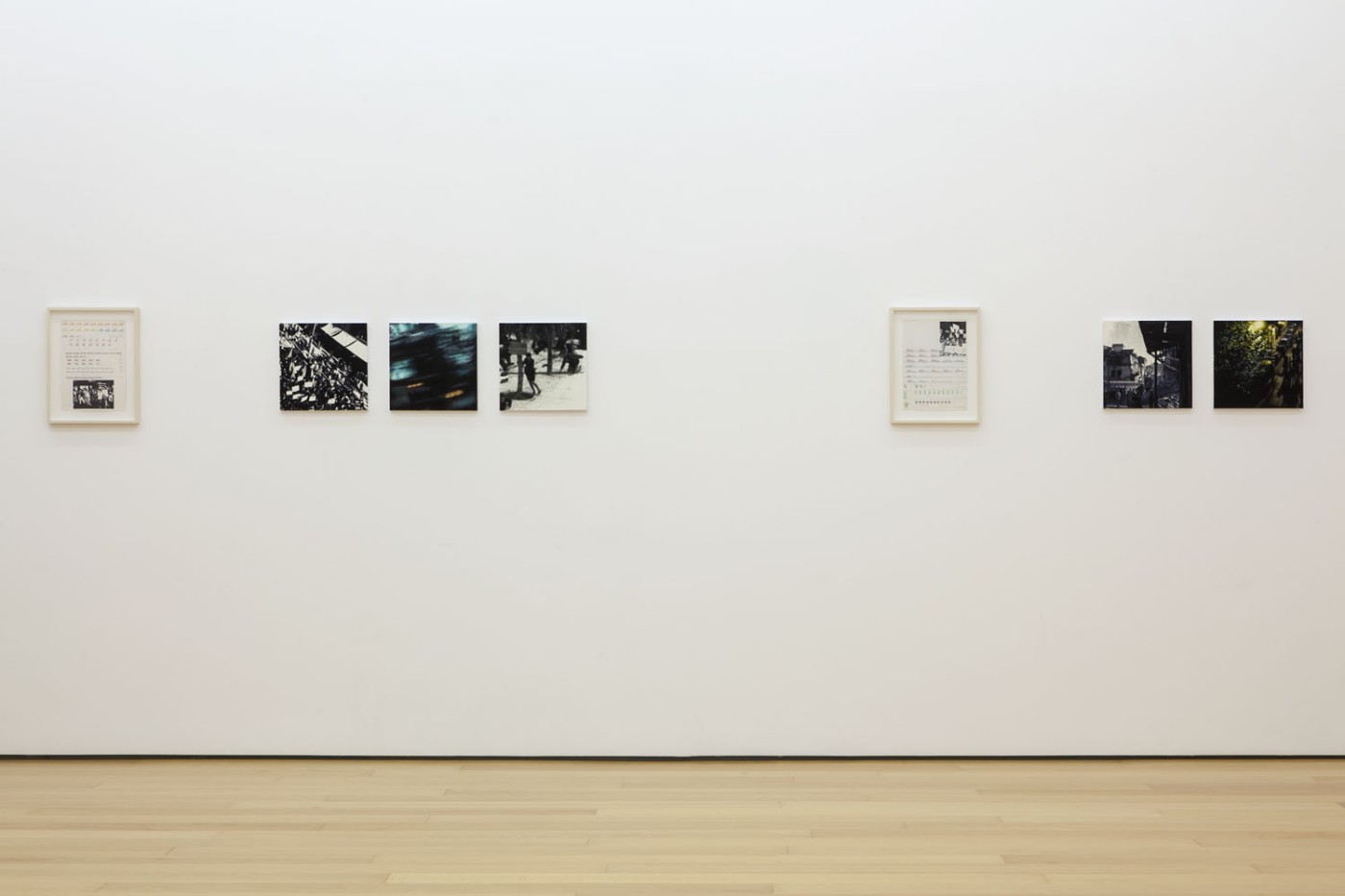 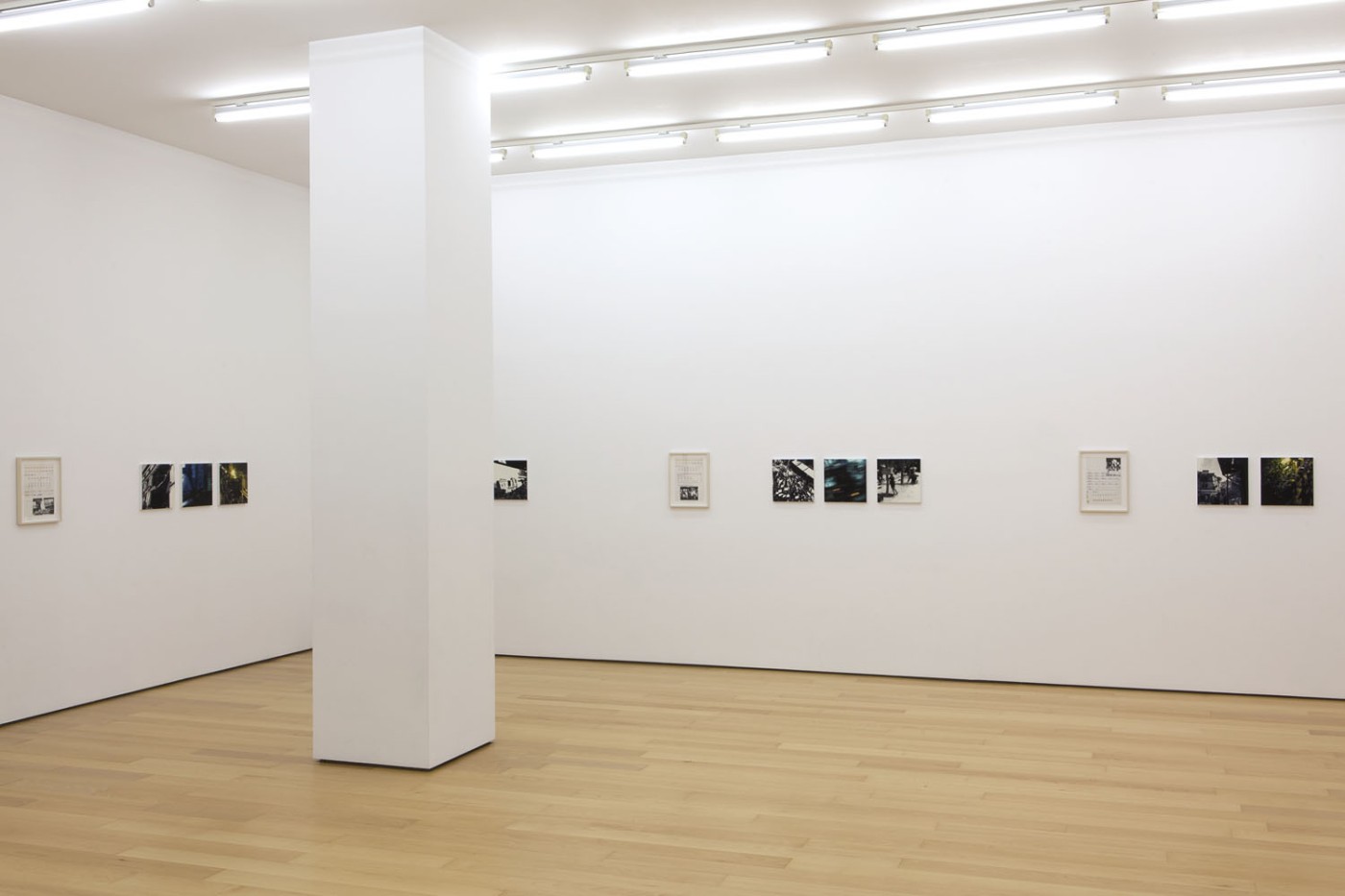 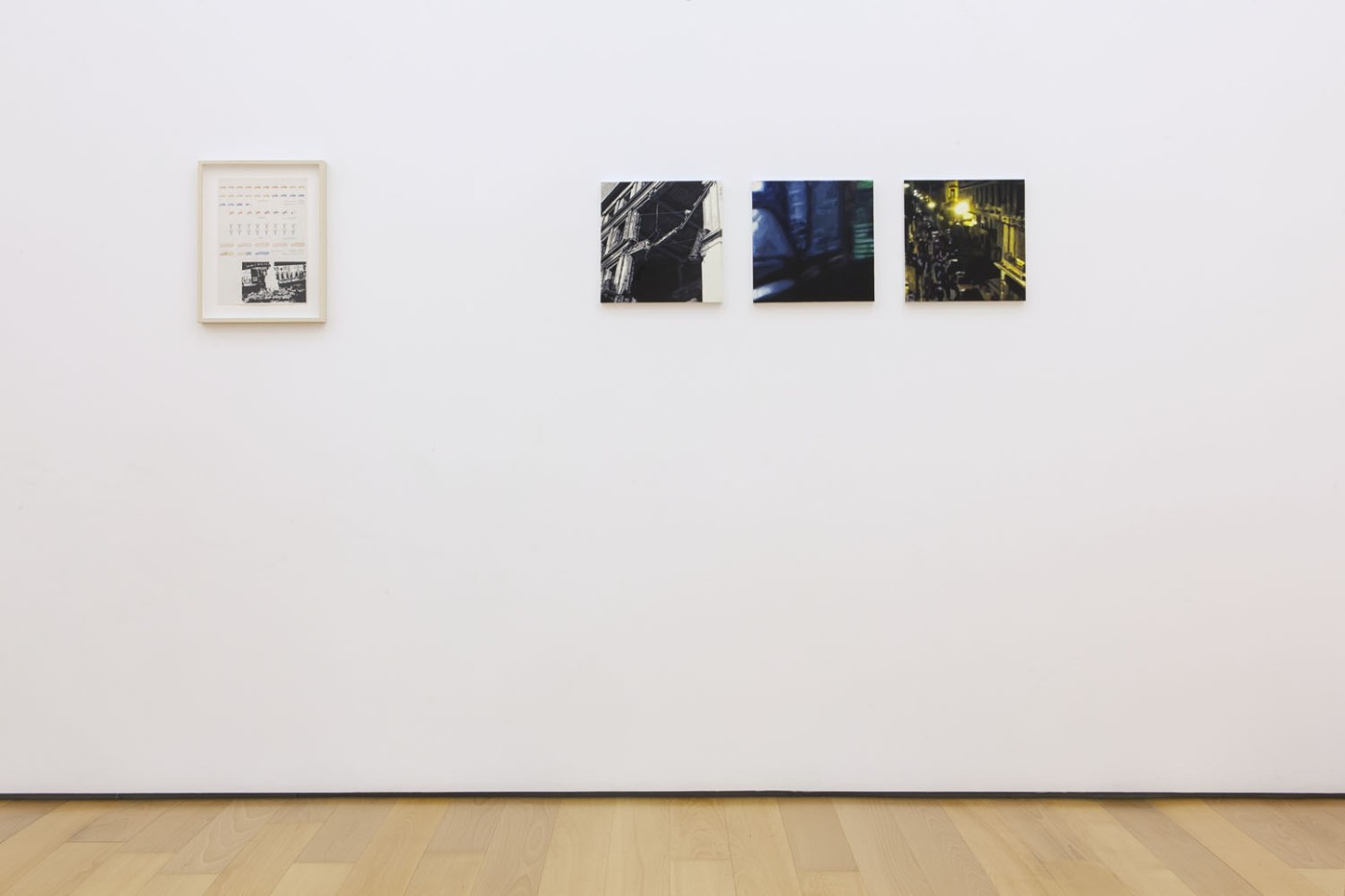 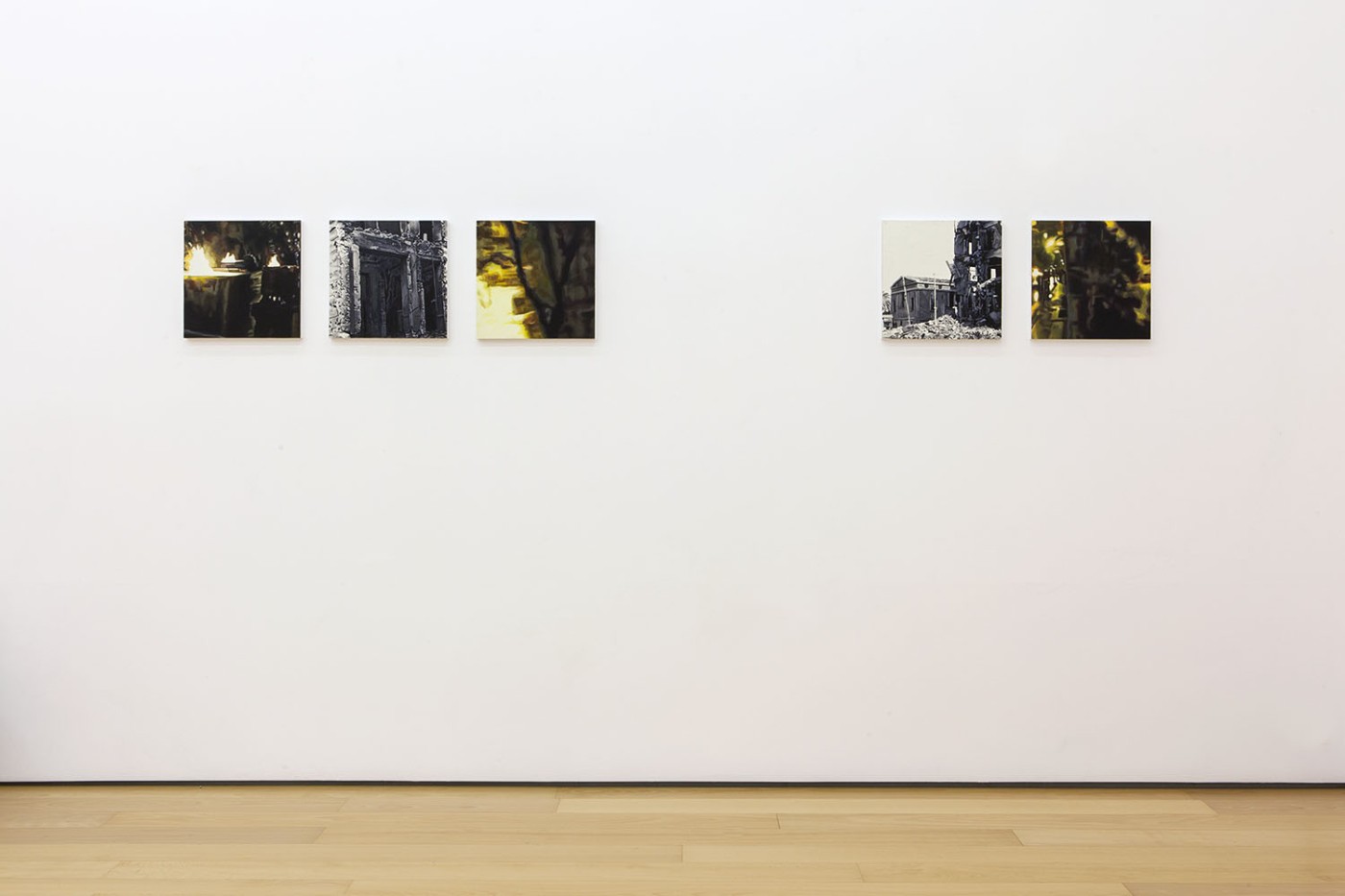 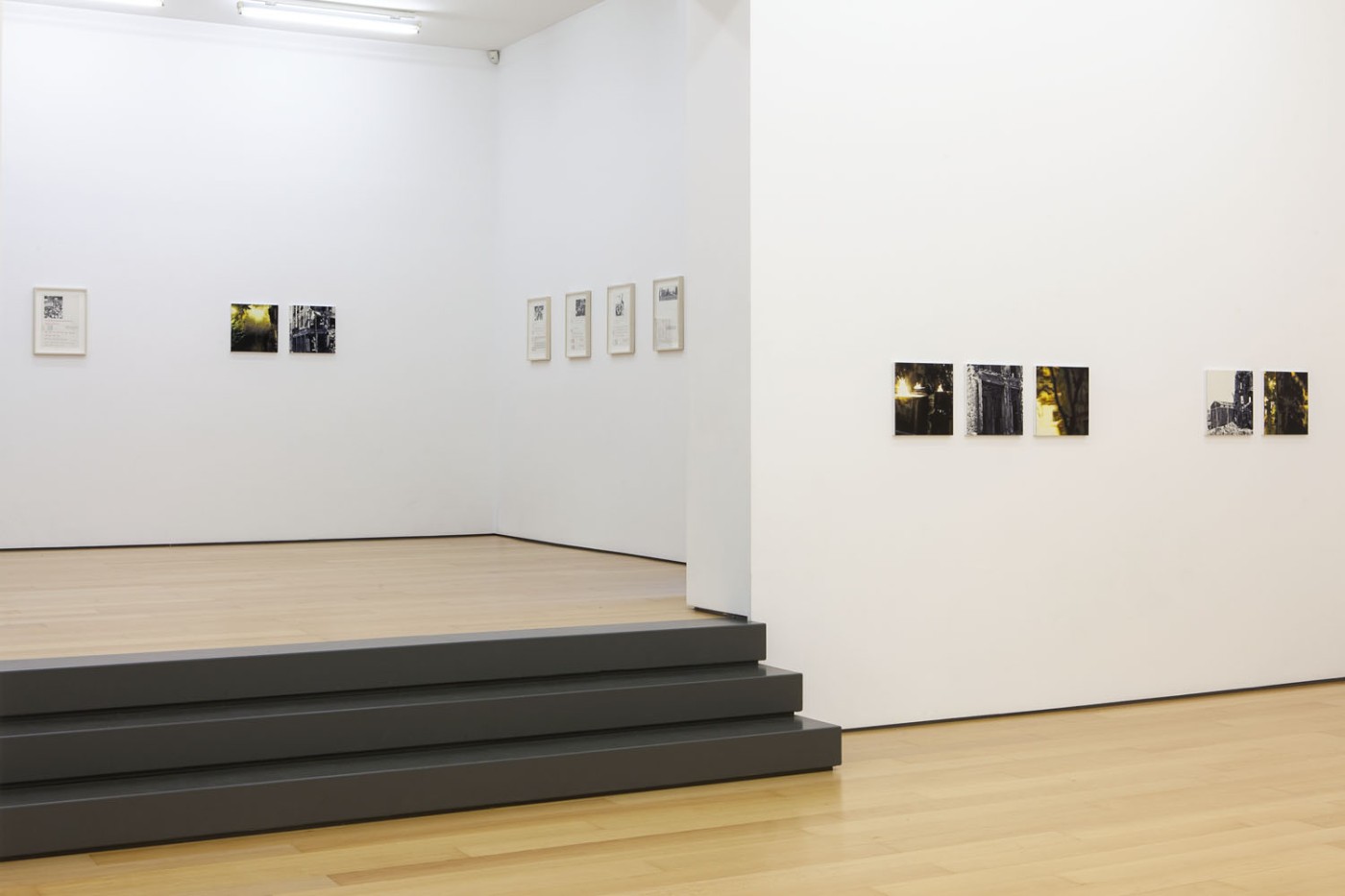 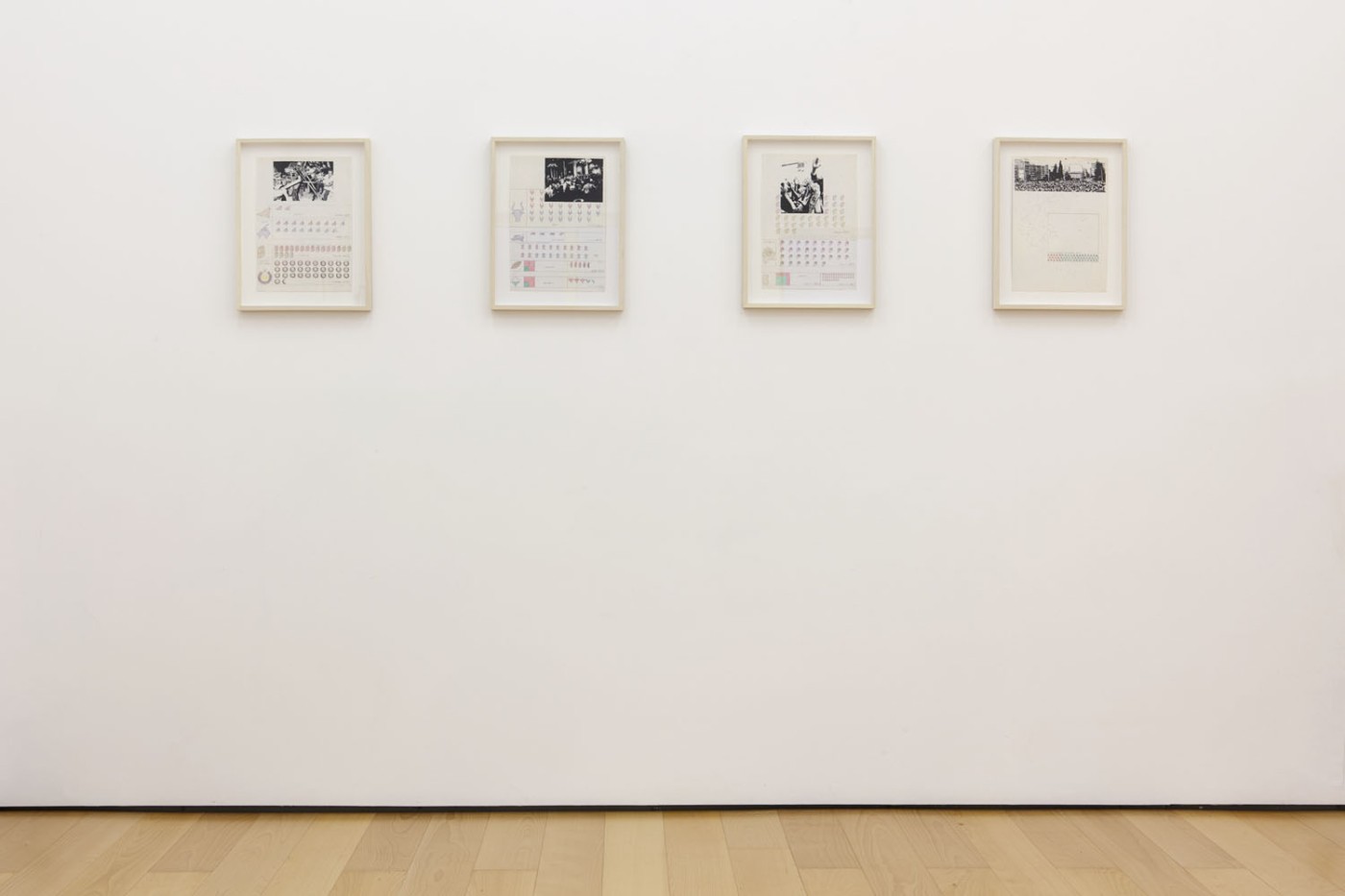 Eleni Koroneou Gallery is pleased to present the third solo show of Eirene Efstathiou, titled “I Draw, I Learn Greece”.
The Exhibition takes its title from the instructional text of a Greek school atlas from the 1980’s. Updating these instructions, Efstathiou attempts to ‘learn’ about the density and legibility of the frenetic present, by observing past events. In these works Efstathiou negotiates a history of the defeated and examines what ‘counts’ as history and historical document.

Paintings are the main body of work in the exhibition. In these works Efstathiou takes a calendrical and geographic approach to her subject. In the paintings, Other Things Happen in December Besides Christmas, Efstathiou looks at the events that occurred in the Athenian neighborhood Exarchia in two Decembers, 1944 and 2008. Using archival images from 1944 and stills from a single video uploaded to the Internet from the night of December 6th 2008, she extracts details, often highly abstract, as source images for the works. In these works the multiple is both base and referent, the images are screen printed and then intervened upon with layers of paint, which however, preserve the printed quality and raster of the screen print. The layering and blurring of the ‘mass-produced’ and the ‘unique’, create a generative tension within the image itself, reflecting the often contradictory accounts that result in the collision of personal experience, memory and affect, with the official narrative of events. The works seek to further undermine the historical document as an incontrovertible account of ‘fact’, by juxtaposing these documents with imagery (the video stills) that does not enter public discourse as ‘history’ and to ask the question: what grows in an atmosphere of ruin?

The exhibition continues with a series of drawings that return to Efstathiou’s interest in the history of protest and dissent, taking images from another period of political crisis and civil unrest in Greece, July 1965. The bases for these works are the pages of the school atlas, intended to teach youngsters about the geography of their country. The maps are reliefs of terrain stamped onto white paper, where students would fill in place names, color and so on. Efstathiou populates these maps with images from the events of July 1965 and fragments of info-graphics of statistics. These statistical graphics, made in the immediate post-war period, describing the losses of infrastructure and goods during the Axis occupation of Greece during World War 2. Laid out like non-explicit textbooks, the drawings examine the refusal of power to accept what people in protest are actually demanding, and the mechanizing of statistics as propaganda tools. Further the drawings examine the legibility or illegibility of events such as these after the fact, and the absurdity of using cold and supposedly impartial statistics, to describe the experience of loss.

Working in a variety of different media from printmaking and painting, to small scale installations and performance, Efstathiou’s studio practice begins with compiling archival source material, as well as material drawn from deliberate wanderings in the urban landscape, as a way to re-narrate minor histories. The works’ engagement with the source material seeks to open up a space for exploring the way found images are evocative beyond their role as illustrations or ‘the news’, and how these minor histories are inscribed on the fabric of the city, in this way performing an informal, idiosyncratic, and humanist archaeology of the present and recent past.

Eirene Efstathiou was born in 1980, and lives and works in Athens, Greece. She has participated in numerous group exhibitions in Europe and the United States. Most recent solo exhibitions include: Memories of the Present, Mot International, Brussels (2013); Customer/Value/Service at the Project Room of the National Museum of Contemporary Art in Athens (2010). Most recent group exhibitions include: The Equilibrists, Benaki Museum, Athens (2016); Reverb, New Art From Greece, Grossman Gallery School of the Museum of Fine Arts Boston, Boston, USA (2014); No Country for Young Men, BOZAR, Brussels, Belgium (2014); The System of Objects, DESTE Foundation, Athens Greece (2014); Vanishing Point, Action Field Kodra, Thessaloniki, Greece (2012); A Perpetual Present, Institute of Contemporary Art, Portland ME, USA (2011); Reference/Representation, The Jewish Museum of Thessaloniki, Zone – D, Thessaloniki, Greece (2011); Public Private Paintings in Mu.Zee in Ostend Belgium (2010); The Perpetual Dialogue at Andrea Rosen Gallery in New York (2009-2010). In 2009, Efstathiou was the recipient of the Deste Prize by the DESTE Foundation, Athens, Greece.