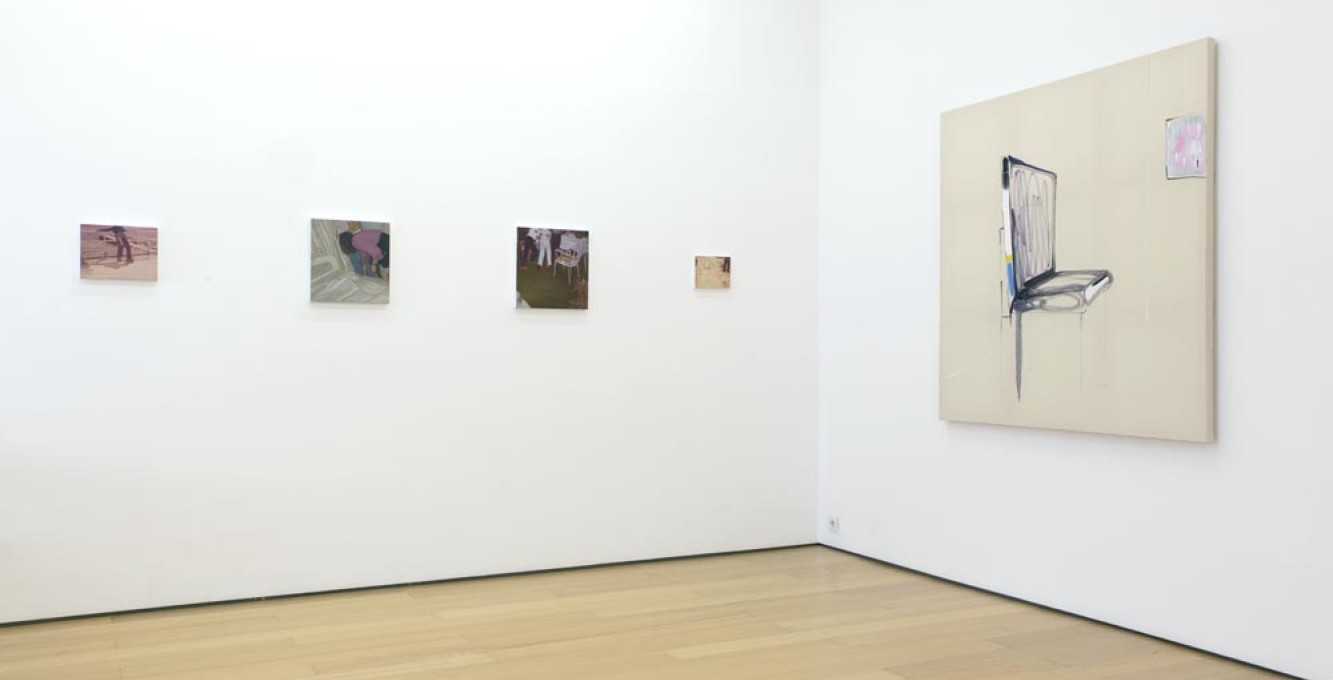 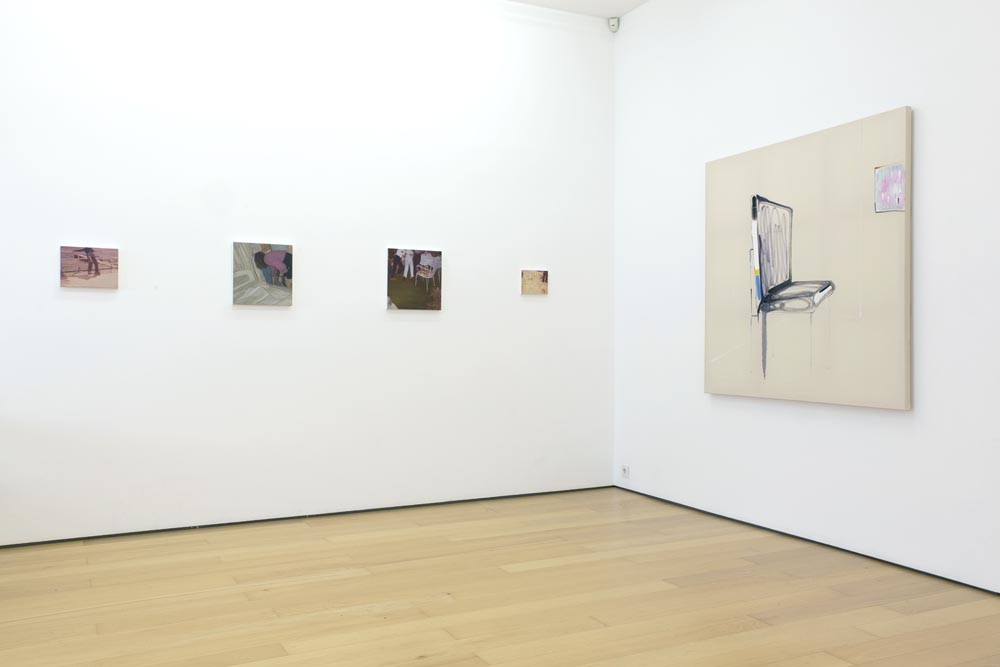 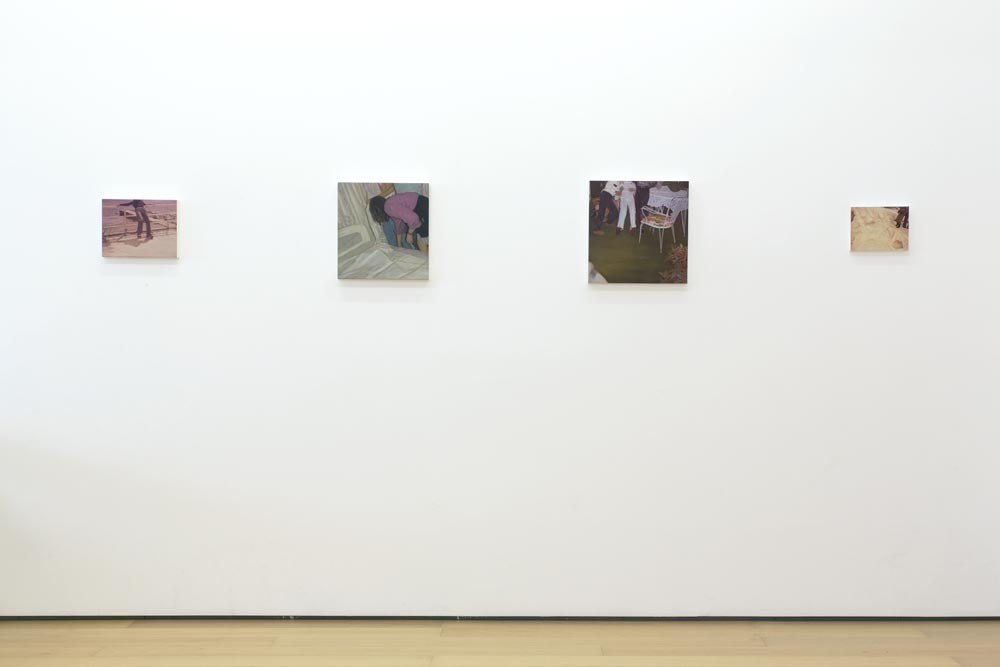 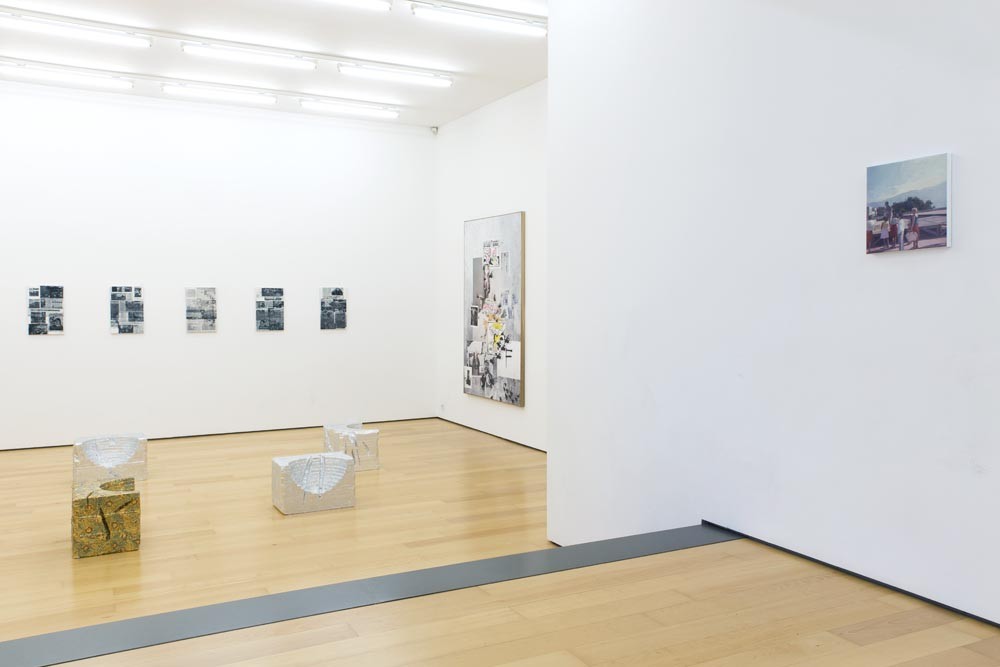 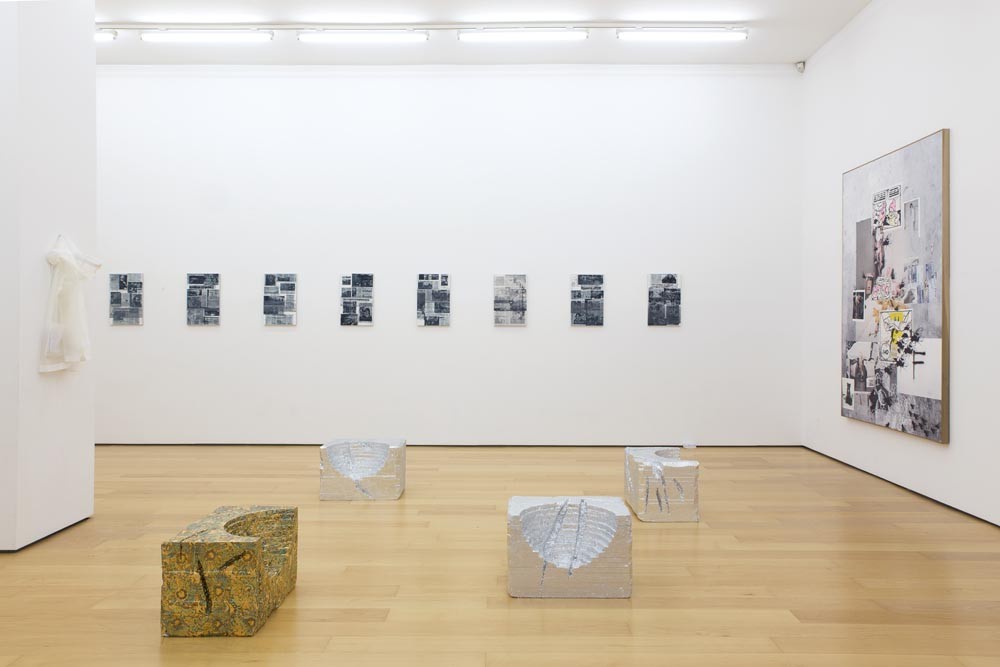 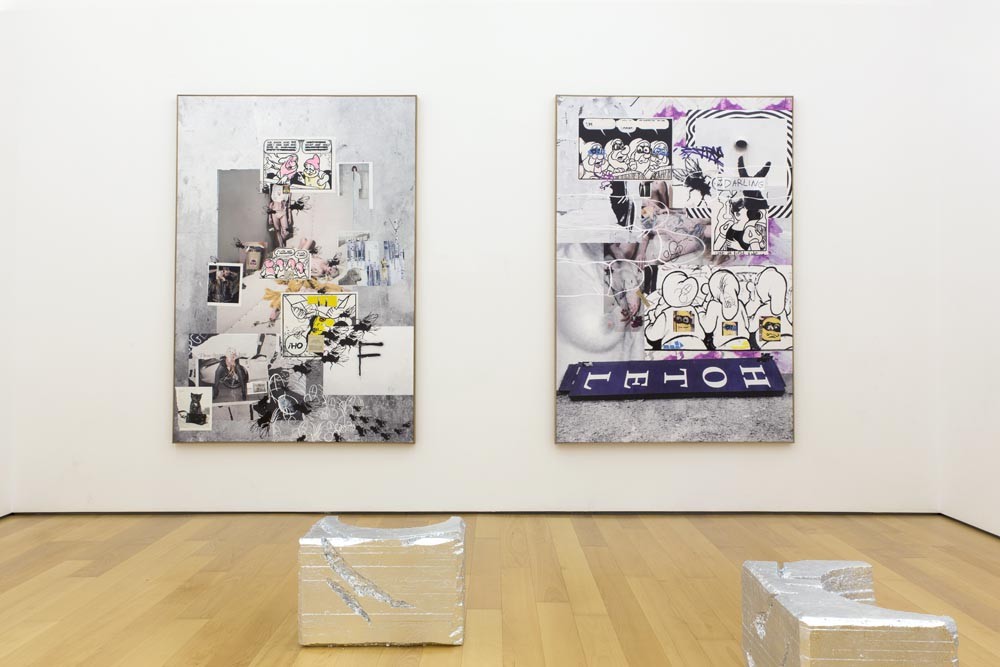 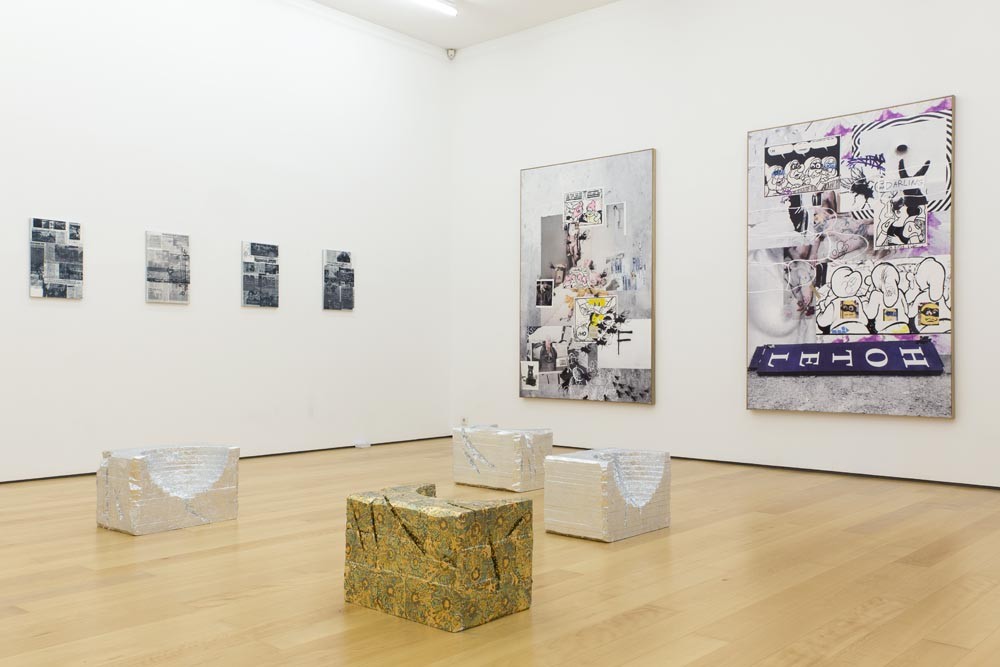 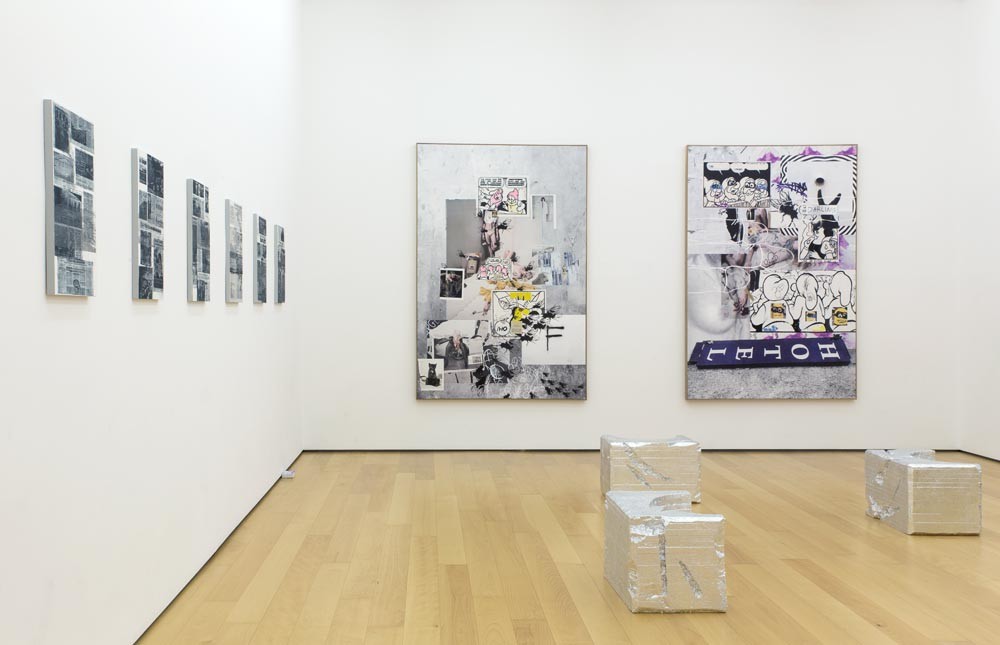 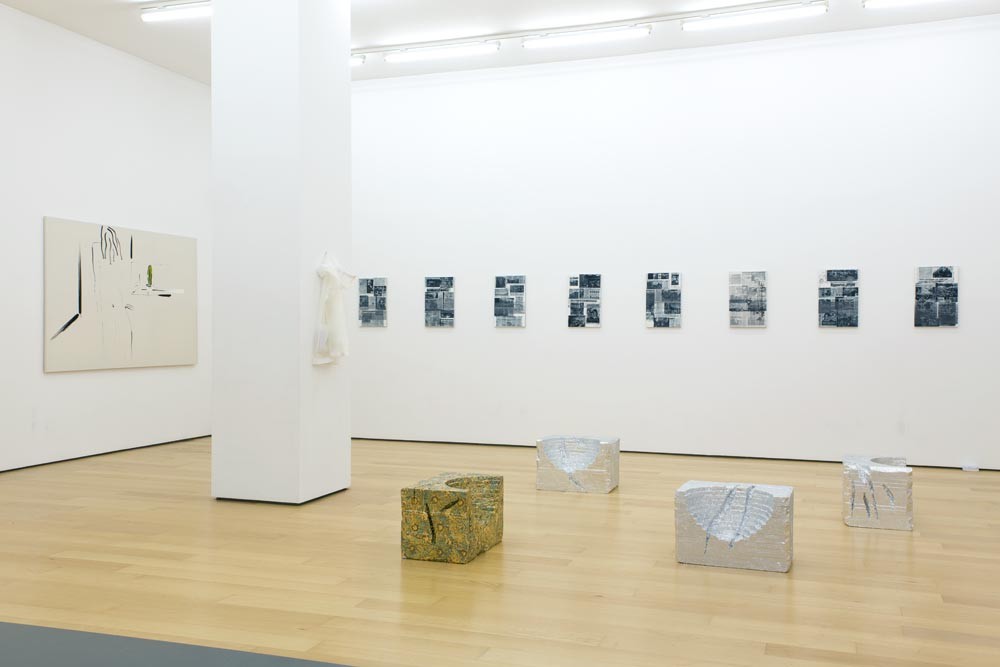 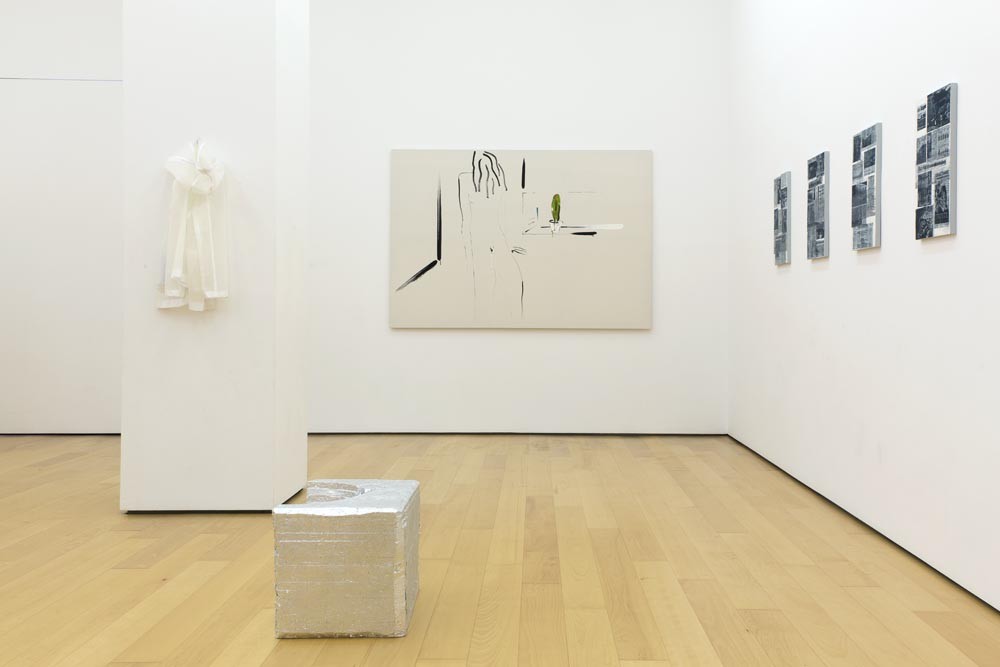 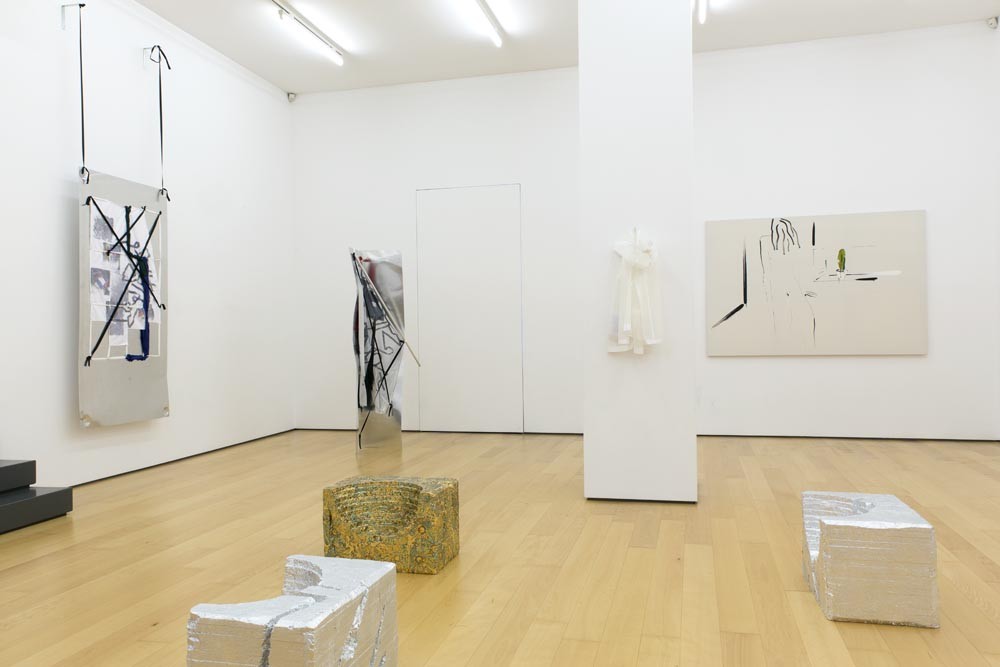 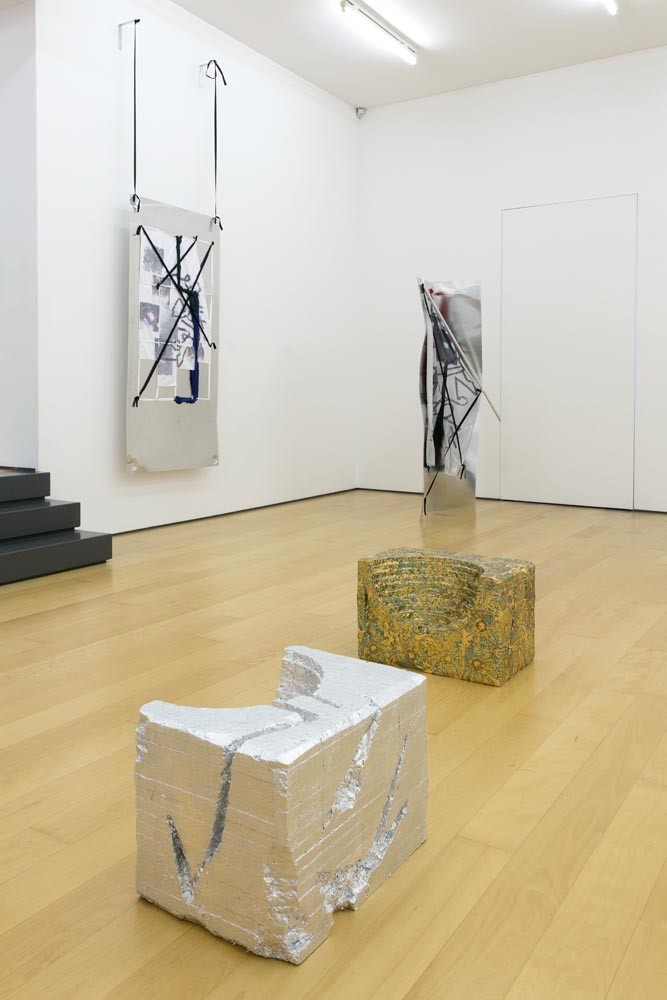 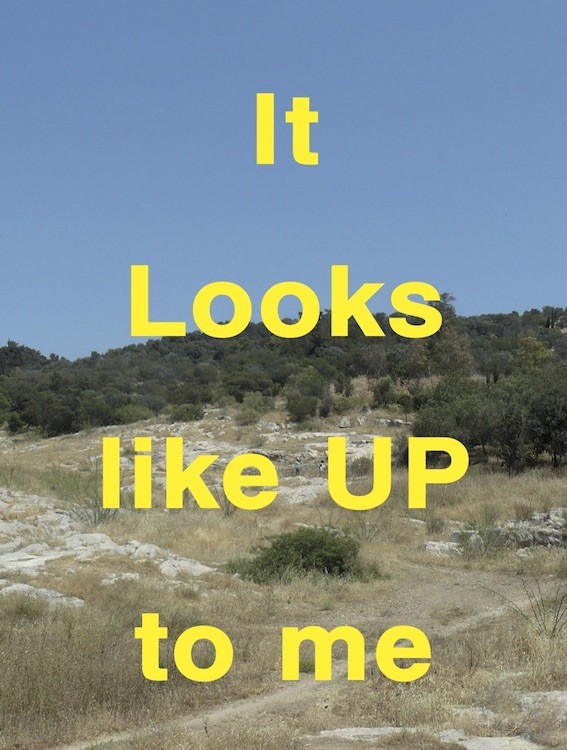 Eleni Koroneou Gallery is pleased to present the group exhibition “It Looks Like Up To Me” with the Greek artists Eirene Efstathiou, Lito Kattou, Olga Migliaressi-Phoca, Panos Papadopoulos, Eftihis Patsourakis, Yorgos Sapountzis. The visitor of the show tours through the different paths of each artist discovering their concerns and observations on the landscape of Athens.

Eirene Efstathiou reminds us of “How things are made” with a series of unique prints made up of various layers. Beginning with handmade composites of newspaper clippings from the period 2012-2013, primarily of incidental events, she proceeds to images of terraced landscapes and schematic drawings of mechanical looms. These works are meditations on the labor and economy of making; of making both consent and resistance, of making topos and goods, and the attending technologies of this making.

Ιn Lito Kattou’s “Fighting with the Sun”, we witness four thrones strewn over the floor. They are metallic, cold, sharp relics, easing themselves from endurance. The scars on each one show that they survived a possible attack. Nearby, there’s a transparent raincoat hanging on the wall. Α poem written by the artist lies in the pocket. By the co-existence of these items, their history is slowly revealed.

Olga Migliaressi-Phoca’s work is inspired from the visual language found on the walls of city buildings. Photographs of mundane street text, stencils and stickers inhabit her canvases in combination with elements of popular culture like celebrated comic characters, commercial signs and magazine clippings. They are all playfully composed in her large-scale canvases by means of digital collage techniques and narrate stories of modern landscapes.

Panos Papadopoulos paintings are minimal depictions of Athenian interiors and urban environments full of irony, humor and hidden meanings. He provides a counterpoint by creating worlds bordering the real and the imagined, where only what he considers to be necessary is present; a man, a chair, a plant. The rest of the canvas remains empty, leaving the viewer with the impression of the absent, the incomplete, the unfinished.

Eftihis Patsourakis frequently visits the bazaars and the antique shops of Athens looking for family photos of everyday scenes that carry enigmatic incidents. These lost or forgotten images are later developed into photorealistic paintings. Re-contextualizing them, they become eternal. In his series “Headless”, the common element is a missing body part, i.e. a head that accidentally was left out of frame. In the series of paintings “Pause” the viewer witnesses an event that occurs mainly outside the observation frame, as if something very important constantly escapes his outlook.

Yorgos Sapountzisʼ interest in experimenting with sculptures and their impact and signification in public space, roots in the richness of monuments in his native city. He is, though, less interested in what a specific monument depicts, but the fact that the form means something particular for a group of people. For the series of works “Reklame Athens screens”, the artist made snapshots of his moving installations in the neighborhood around the gallery, as counter proposals to these monuments. The documentation of them is screen printed on fabric mounted on aluminum -in a form of a billboard- attempting an alternative and personal mapping of the city. Yorgos Sapountzis will take part in the main exhibition of the 57th Venice Biennale titled “Viva Arte Viva”, curated by Christine Macel.