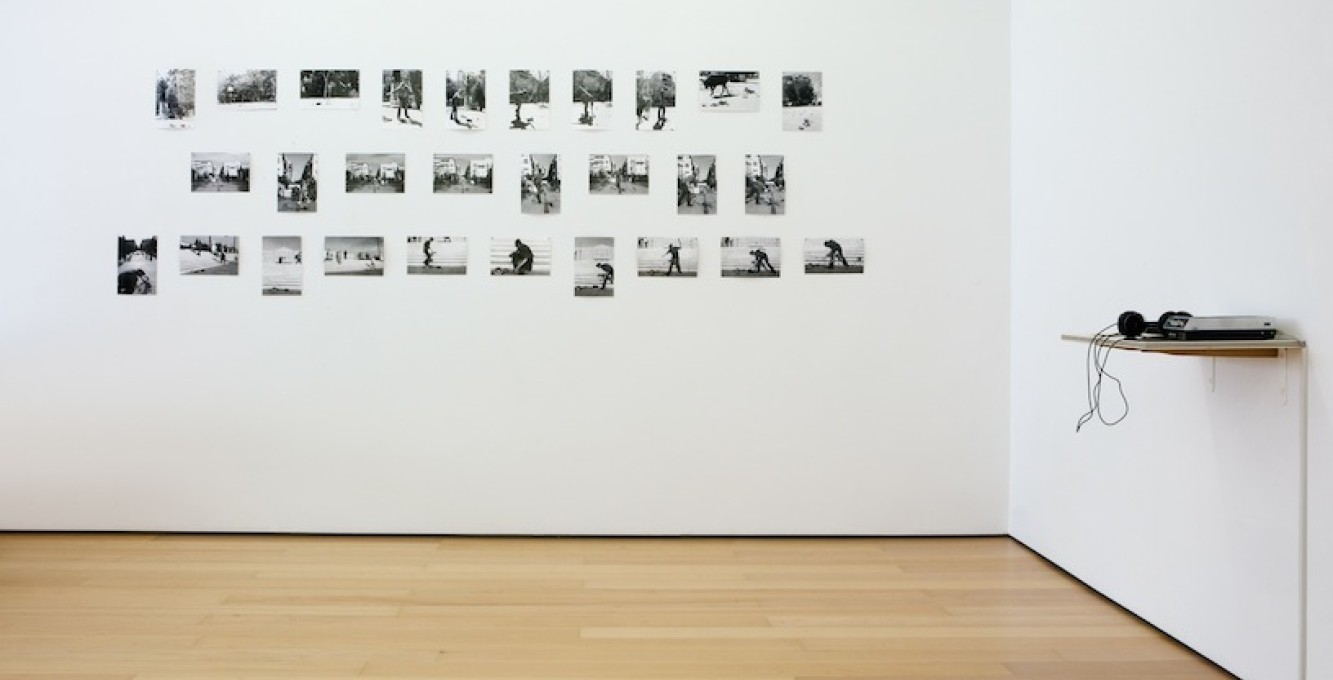 Eleni Koroneou Gallery is pleased to present an exhibition of new works by Eirene Efstathiou.

The exhibition’s title, Kiafa, is taken from the name of the first peak of the Grammos mountain range in Epirus. In the exhibition Kiafa Efstathiou continues her investigation into collective memory, sentiment, and how these function in the public sphere. Efstathiou presents the results of an engagement with a series of artifacts collected from Grammos and Athens, which approaches monumental historical events as partial, fragmented narrations as opposed to the seamless linearity of official histories.

The Grammos mountain range is, among other things, the site of the battles that concluded the Greek Civil War, (1946-1949) as well as the site of the first use of Napalm bombs in combat. Grammos was of particular strategic importance for both sides of the conflict because of its proximity to the Albanian border. The project began with source material Efstathiou collected on a hike she took in the Grammos mountain range. Here she conducted an informal survey of the ruins and artifacts from the Civil War era that she encountered along the route of the hike, employing a practice known in archaeological field survey as ‘fieldwalking’, a method which seeks to identify and assess remains that are visible on the surface of a given site without excavation. The ‘excavation’ was undertaken later, upon Efstathiou’s return to Athens where she searched for images from the specific region and historical period in public archives. In the works, there is an intentional confusion as to what is a photograph taken by the artist and what is archival material, which is meant to highlight the latent subjective nature of any historical record.

Efstathiou re-works this compilation of images using a series of traditional media, such as printmaking, painting, drawing and photography, as well as small-scale installations. Each work intrinsically contains and depicts the laborious duration of its making. This material engagement with the images opens up a space of contemplation or meditation, for both the viewer and the artist, on the image itself, what it depicts, and the index of images, experiences and memories that are evoked by each work. This way of working creates an intimate, personal, and in many ways lived experience of an event that one most often does not have firsthand knowledge of.

The frequent invocation of the Greek Civil War in contemporary Greek public discourse, not as a nuanced historical event but rather as an overly simplified abstraction of ideological conflict, often used as a way of discrediting any form of dissent, together with Efstathiou’s increasing interest in firsthand accounts of historical events, compelled Efstathiou to explore a more literal engagement with the public sphere in her practice. This engagement allowed her to examine the mechanisms, imagery, aesthetic and rituals of dissent and resistance both historical and contemporary, and how these somehow contain, depict and express ruin, deadlock, conflict, oppression, but also resistance, resilience and hope, creating associative links but also ruptures between past and present.

Efstathiou describes her process as “on the whole an informal, idiosyncratic, humanist, archaeological approach. In tracing place and events this way, I aim to create a dissonant space, of identification but also misrecognition that privileges the personal and temporarily disrupts the stronghold of official, institutional memory.”

Eirene Efstathiou was born in 1980, and lives and works in Athens, Greece.

In 2009, Efstathiou won the Deste Prize by the Deste Foundation, Athens, Greece.