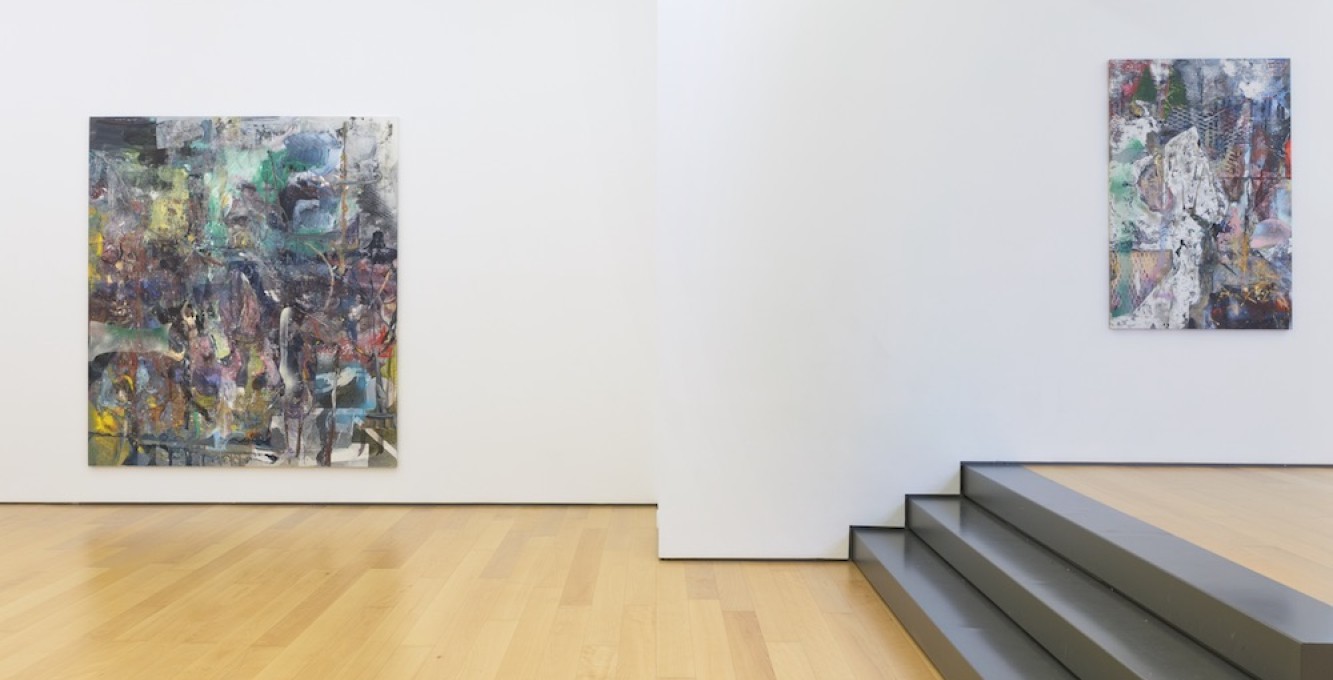 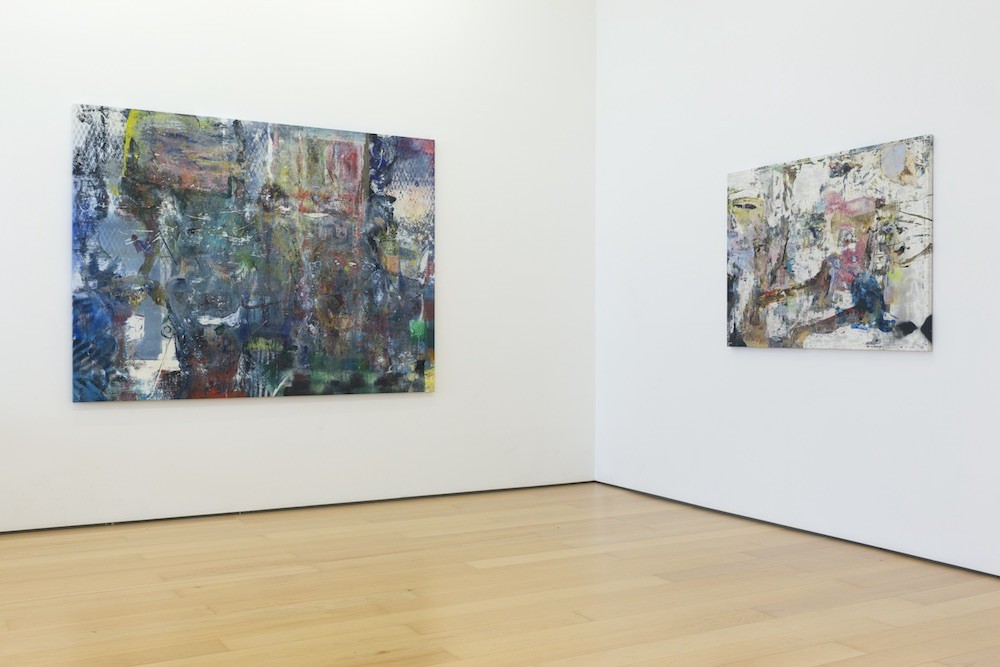 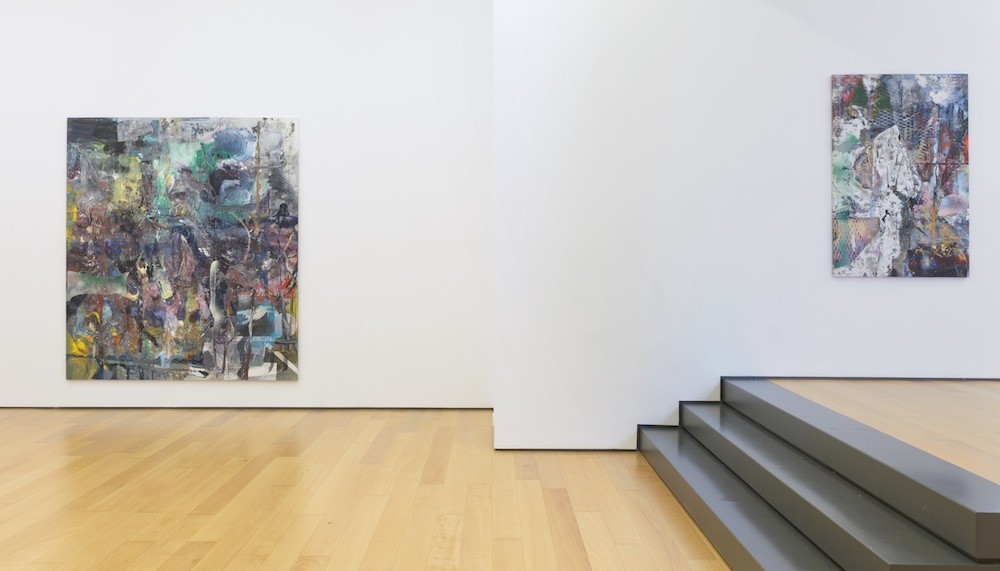 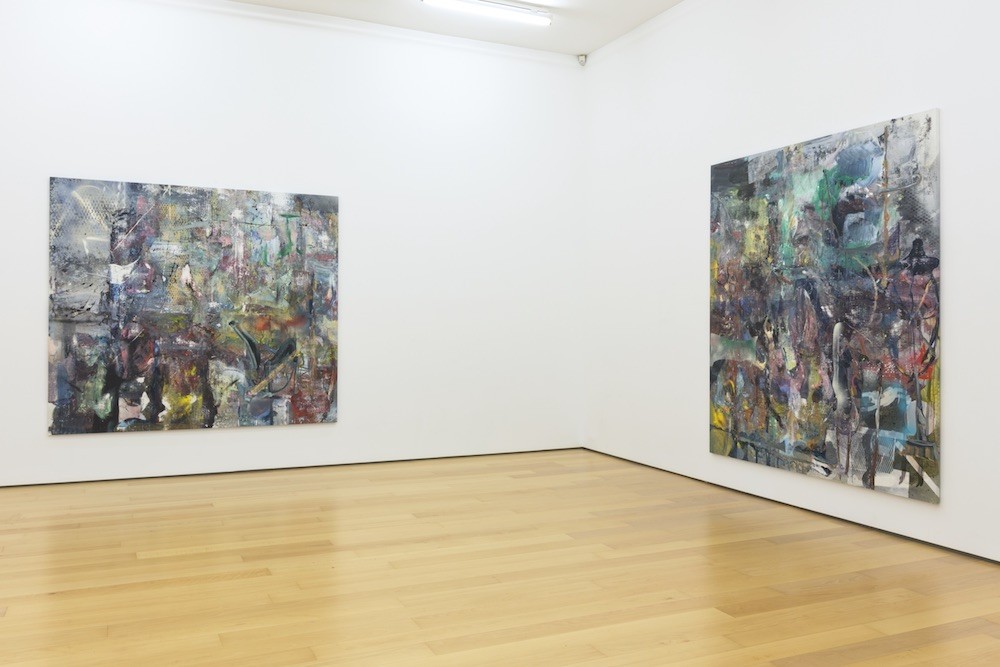 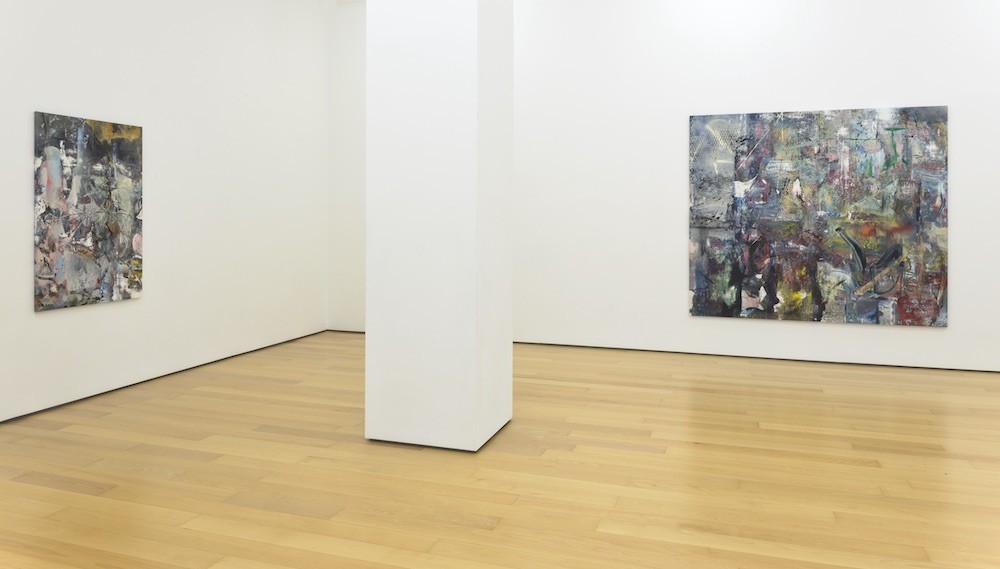 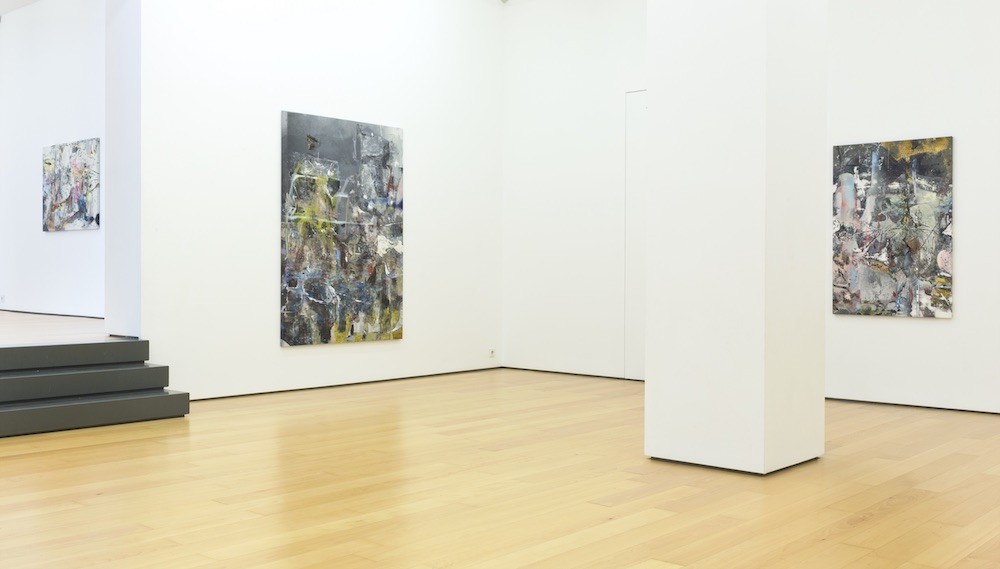 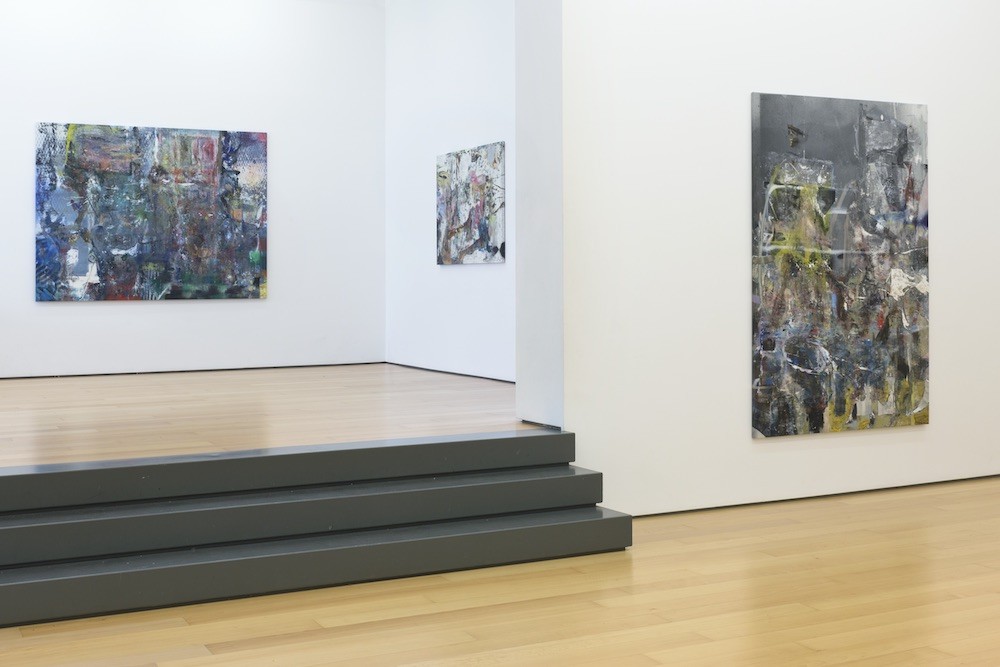 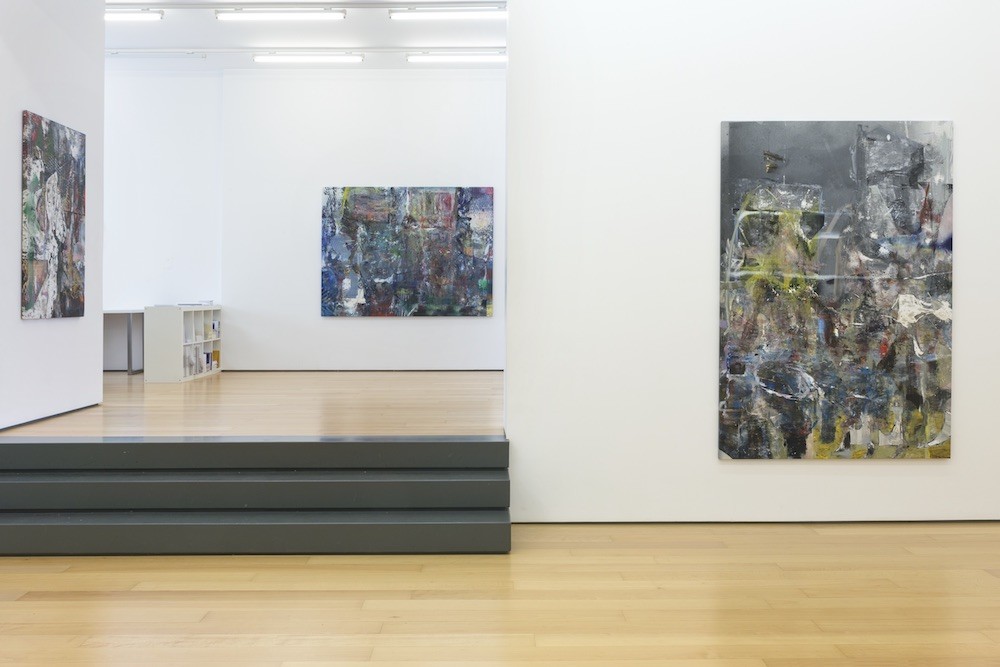 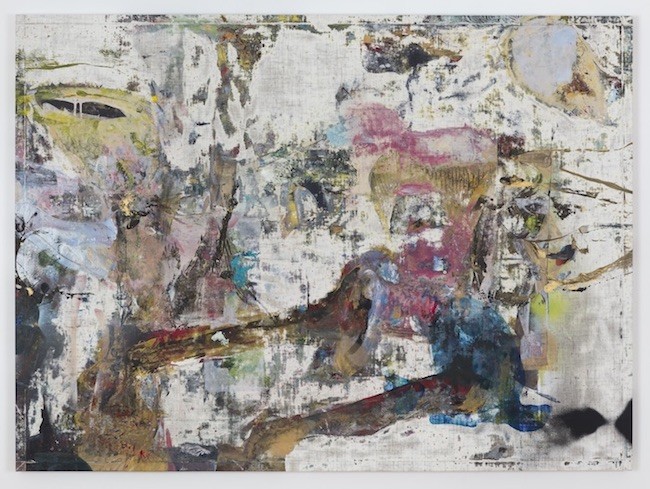 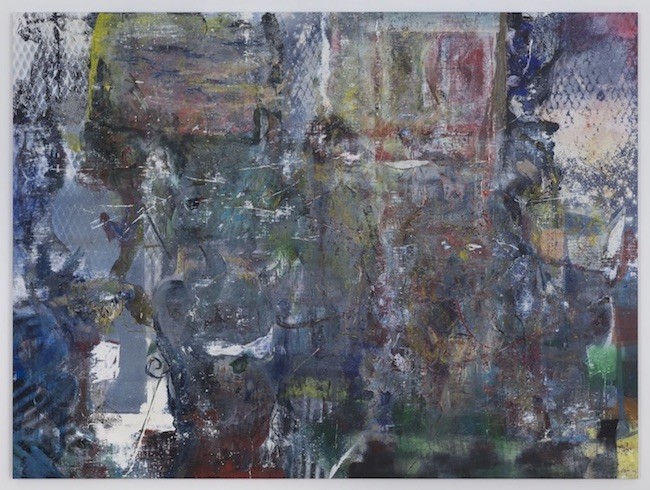 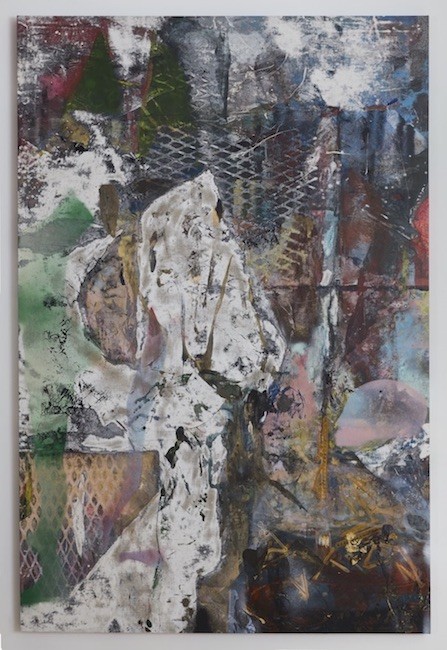 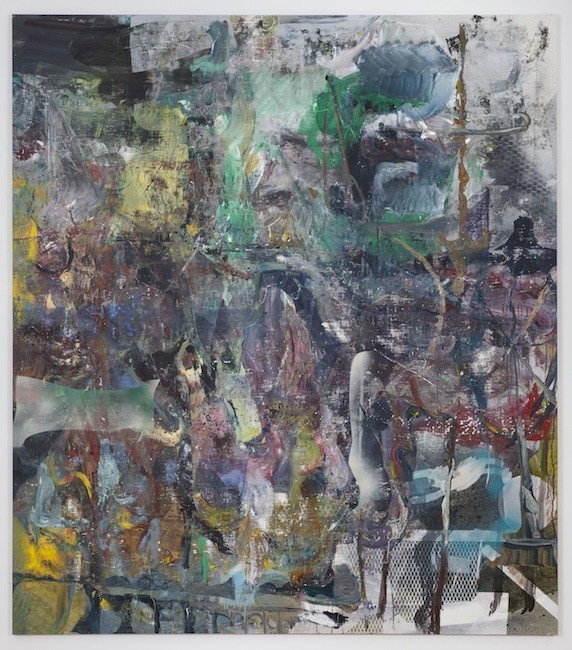 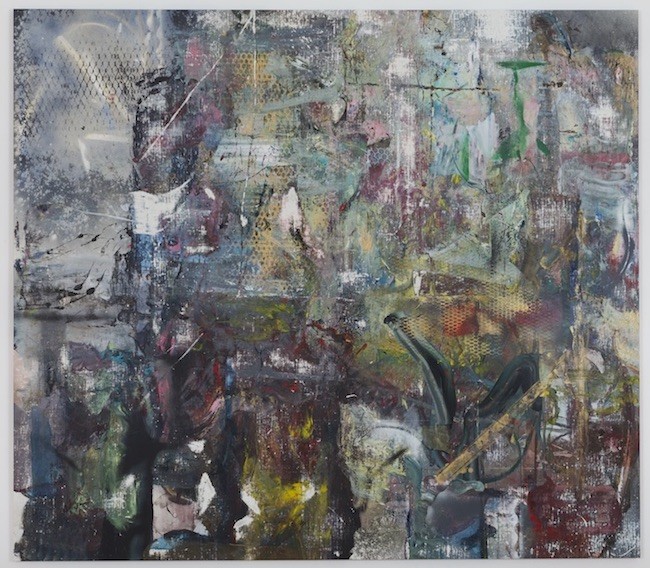 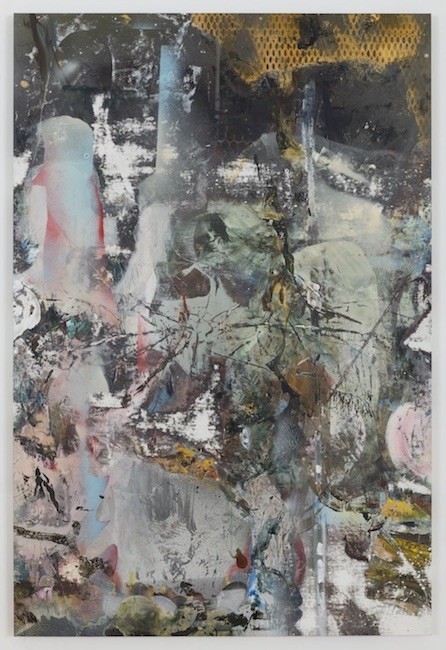 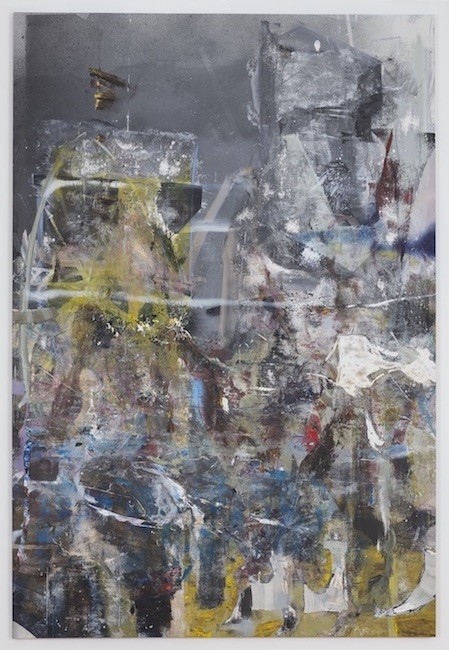 Eleni Koroneou Gallery is pleased to present the work of Liam Everett in his second solo exhibition at the gallery. Everett's diverse practice encompasses painting, sculpture and performance, which reference multiple artistic influences including dance, theater, and philosophy.

For his exhibition Ex Nihilo Nihil Fit, Everett presents a new series of paintings on vinyl, which revolves around a series of questions concerning systems of support, threshold points, integration and transparency. Elements of the archaic, the primordial and crude alchemy have also found a key role in developing this material which consists of what Everett refers to as ‘screen’ paintings. The working reference directly calls attention to the two-dimensionality of the painting, which has the potential to function as a filter, in which light, air and other various phenomena are allowed to come forth.

By allowing the physical content, immediate environment and architectural layout of the studio to articulate the direction in which to practice, Everett is negating the temptation of his own ideas. Instead the paintings are absorbed by the workspace and the practice itself. This process repeats itself continuously, becoming reciprocal so that the paintings are generated out of practice rather than from a conceptual premise. Void of narrative, subject matter or reference as a point of departure, the paintings therefore function strictly as a platform in which the focus is to remain acutely aware of the present.

Each of the screen paintings undergoes an intense process of additive and subtractive applications. They are also exposed directly to the sun, wind, salt and alcohol in an effort to disturb and destabilize their structural integrity. The resulting effect of this constant abrasion and staining is an often highly smooth surface that is reflective, porous and often has the semblance of the anthropomorphic. Everett’s primary concern is for the work to remain flexible in such a way that the paintings are always actively responding, transforming, shifting in, of and with the space they are placed in, as they will always be implicated in the experience of that specific environment.