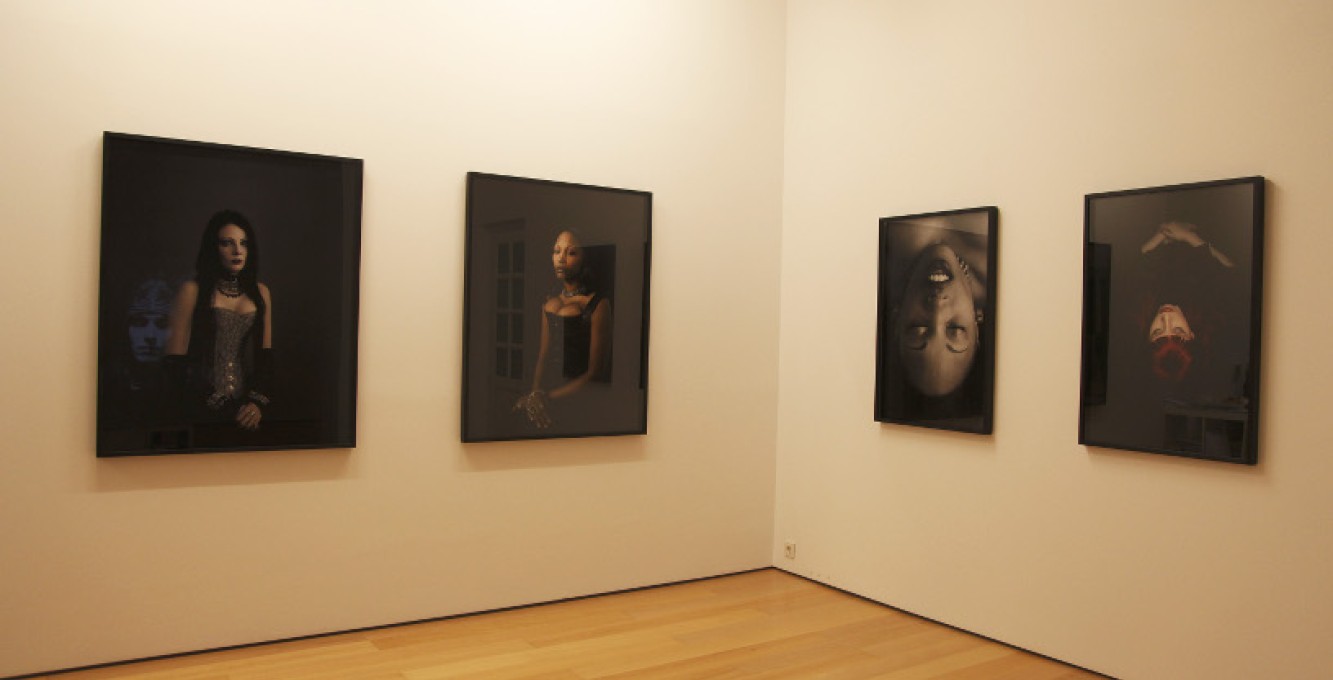 Eleni Koroneou Gallery is pleased to present the recent work of the American photographer Lina Bertucci in her forth solo exhibition. Lina Bertucci lives and works in New York.

In her previous work with the title “Women in the Tattoo subculture” (2007), shown in 2009 at the Gallery, Lina Bertucci photographically investigated body art and it's implications in individualism, collective communion and empowerment, led to the new subject of the gothic industrial culture.
Through the exploration of the world of tattoos, she discovered how the vampire archetype has entered the collective unconscious of many cultures: a metaphor for the clash between the forces of life and death, representing the collective fears of sex, death and the desire of eternal youth.

In the current show “Ethereal Wave” Lina Bertucci presents her new work, a two channel video installation and a series of photographs, portraying youth culture in the “Ethereal Dark Wave” New York underground also passionate with the myth of vampire. This work reveals how this particular myth encompasses our deepest most profound fears and obscure desires playing on primeval anxiety of life energy and its loss.

In “Ethereal Wave” video installation, each person was asked to look into the camera for approximately two minutes with very little instruction other that to fix the gaze at the viewer behind the lens. The power is held in the gaze and the result is an uncanny role reversal where the viewer becomes the viewed.

Quoting Lina Bertucci: "As a photographer investigating fringe society, dark wave culture reflects a collective darkness – an aspect of the psyche, the shadow nature, seldom visibly observed. The work itself is the product of my research, through the eye of a camera, for that which reconnects the self and the whole. Emerging from the dark caverns of this subterranean culture, one comes to see a much deeper awakening within our own human nature. What on the surface may seem like a group of young Goth kids trying to be different, find acceptance, dabble in the forbidden or seek individuality is in essence a quest that, sometimes unbeknownst to oneself, is at the heart of our collective need for an internal touchstone, self acceptance and love.
On a personal level, as a photographer, it is through the camera that I am compelled to look at the human condition in such a way that is impossible with the naked eye. The camera lens enables me to unearth my unconscious to capture an image and reflect it back to a viewer, not only in the hopes that they will see "the other" but perhaps, that they will see the other in themselves".

Bertucci completed her M.F.A in photography at Pratt Institute in New York and received her B.F.A. from the University of Wisconsin.
She is known extensively throughout the U.S. and Europe, with exhibitions at Fondazione Sandretto Re Rebaudengo Per l'Arte, Turin, Italy; P.S.1, New York; Hara Museum, Tokyo; and, the Chicago Cultural Center.