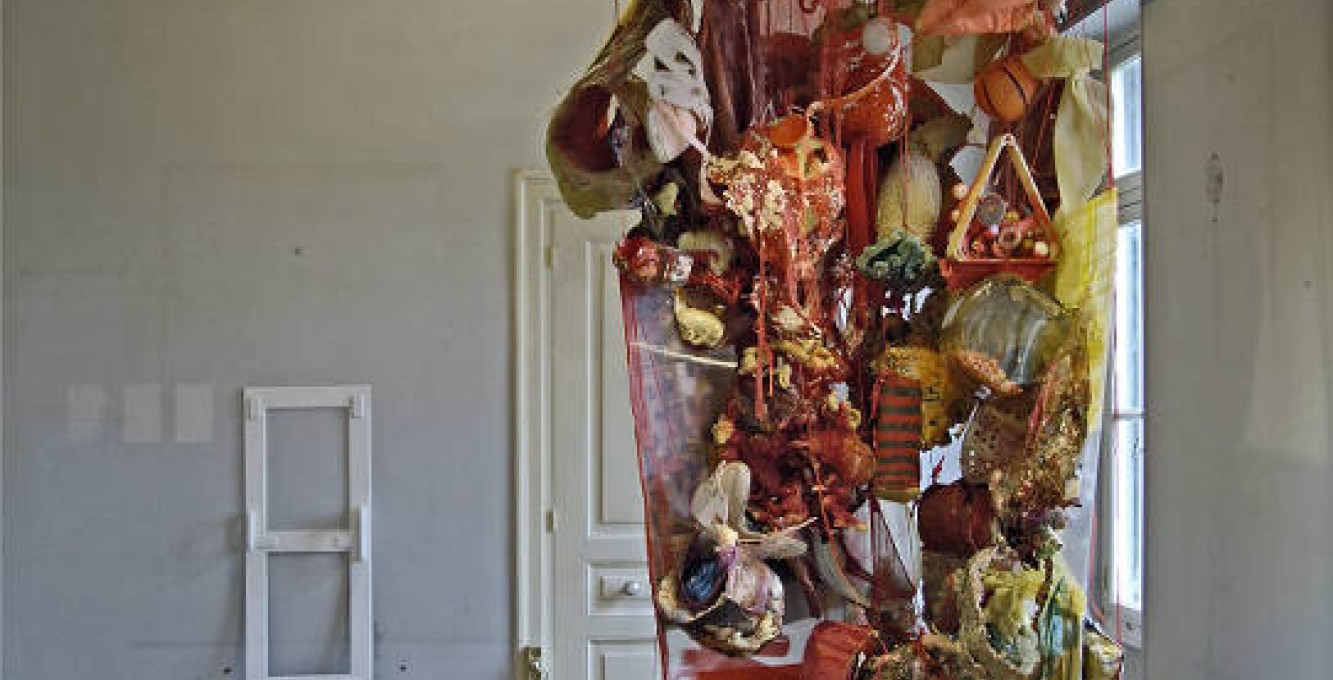 Eleni Koroneou Gallery is pleased to present, as part of ReMAP km project running parallel to and in close coordination with the 1st International Athens Art Biennial, the group show with Aidas Bareikis, Thomas Helbig, Eftihis Patsourakis and Ulrich Strothjohann.

Aidas Bareikis was born 1967 in Vinius of Lithuania. In the tradition of artists such as Dieter Roth, Bareikis is an archiver of throw-away items. His constructions are made entirely of things found discarded on the street or purchased at ubiquitous 99-cent stores, flea markets and thrift shops. He chooses objects that “look weird but also betray a certain cruel exploitation in their purpose or in the way that they were manufactured”, Bareikis states. The current show will present the mixed media installation “Glad to here from you”.

Thomas Helbig was born 1967 in Rosenheim and lives and works in Berlin.
Thomas Helbig’s work evokes a dark, mythical, poetic, imaginary world. He incorporates objects found in dust bins and flea markets. Thrown away pieces of metal or wood become his canvases. In his paintings the figurative is dissolved into organic mysterious abstract images. The sculptures are also biomorphic abstractions. They incorporate figurative elements that seem to be in the process of being swallowed by the abject abyss of a Gothic fairy tale.

Eftihis Patsourakis was born 1967 in Crete and lives and works in Athens. In his work he uses various materials to produce art works in different media (Painting, photography, installation). His work explores issues like memory, the reflection of space and time, of the human gleam in space and the relationship between the physical, spiritual and social environment.
Creating small variations (through repetition, reflection, use of light) to his materials and their subject matter, his work creates new structures that subvert and redefine the prototypes and at the same time they question issues about society, culture and philosophy.

Ulrich Strothjohann was born 1954 in Rheda and lives and works in Cologne and Berlin. In the center of Strothjohann’s work is the special dimension of his sculptures: They function always autonomously as objects but at the same time they irritate through the skilful questioning of the reality. The used materials, the titles of the works and the relations of the objects create levels of world of models. In this way chains of interpretations and narrations are developed, that begin in an abstract, meant everyday life and finish in the experimental philosophy.