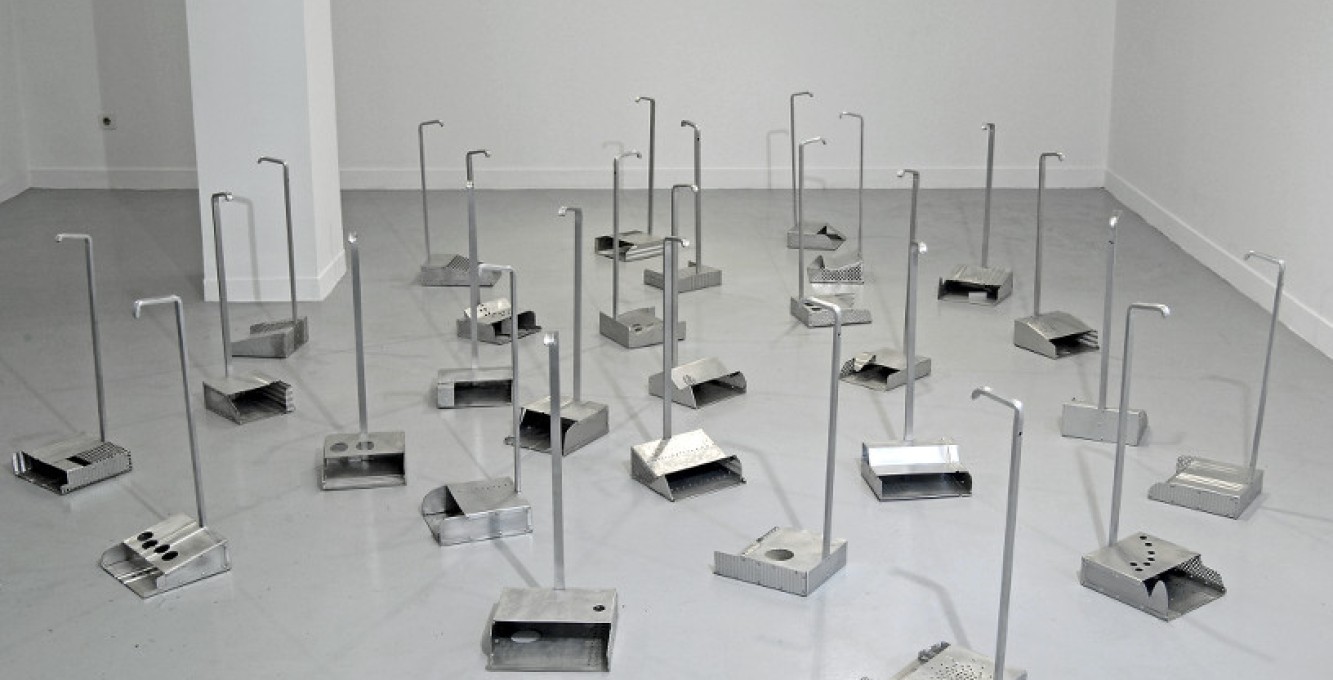 In the center of Strothjohann’s work is the special dimension of his sculptures: They function always autonomously as objects but at the same time they irritate through the skilful questioning of the reality. The used materials, the titles of the works and the relations of the objects create levels of world of models. In this way chains of interpretations and narrations are developed, that begin in an abstract, meant everyday life and finish in the experimental philosophy

Ulrich Strothjohann generally creates works about the double meaning of things.
His entire work is a lovingly created set of false tracks, bringing together
the thing-like and the allegorical, the substructure and the authentic.

The title of the current exhibition "CLEANERS" can be translated with the term "cleaning equipments". It can also be associated with the term used in American gangster films „The cleaner“. This person clears the dirt after an act. In the center of Ulrich Strothjohanns exhibition are located models of dustpans, which the artist constructed from aluminum plates. Their mode of operation is however impaired by holes in the false places, so that a real use of the dustpans is not possible. The process of gathering becomes in such a way an absurd, meditating action.

Ulrich Strothjohann has exhibited in museums and art centers, including the Kolbe Museum in Berlin (2005), the Aachener Kunstverein in Aachen (2004) and the Museum K21 in Düsseldorf (2003).