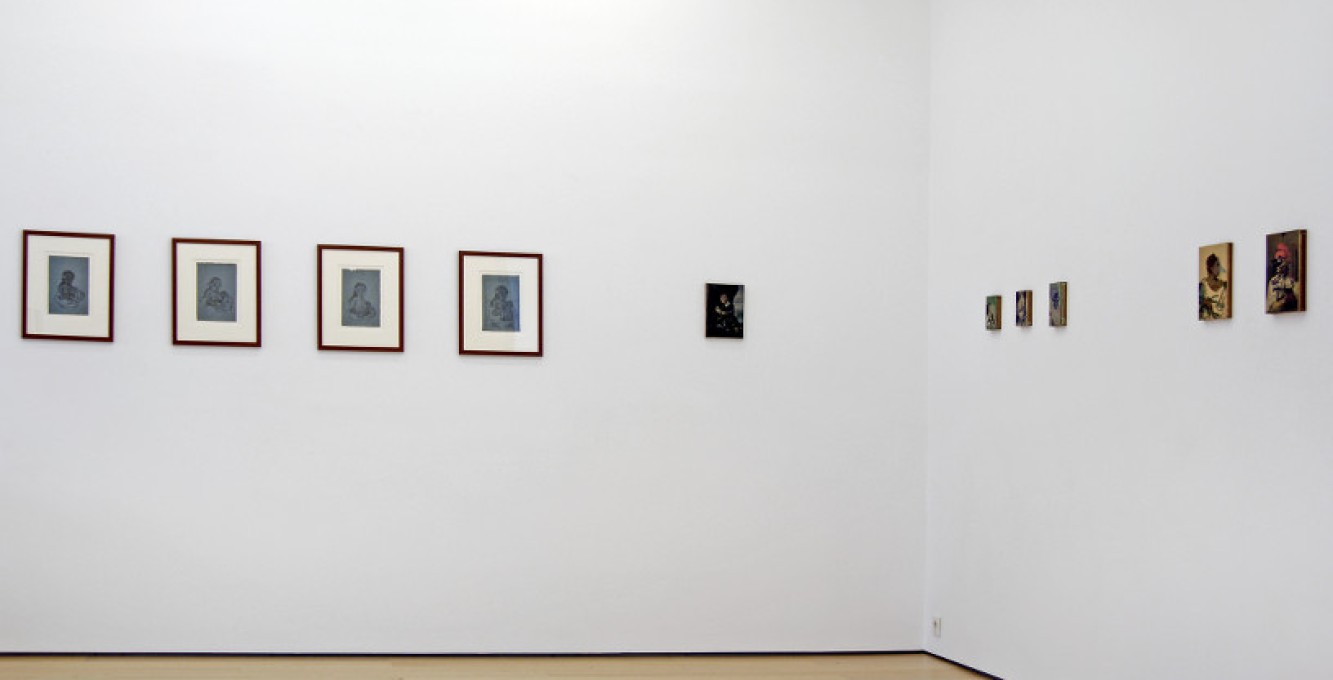 Eleni Koroneou Gallery is pleased to present its first solo exhibition of the work of British artist Tom Ellis. Ellis was born in 1973 in London, where he currently lives and works.

Ellis bases his paintings on images drawn from his imagination, from direct experience, from mass media and from art history. Whatever the original source, his paintings always relate directly to the history of painting. He studies old catalogues from museum collections and is inspired by Old Masters such as Velázquez, Fragonard and Delacroix; also by more overlooked artists from the 18th and 19th Centuries such as the Austrian painter August von Pettenkoffen. Ellis makes new, and often multiple, versions of these paintings and then defaces them with marker pen. This overdrawing takes the form of strange and humorous details: beards, glasses and cigarettes, or the obscuring of features such as the eyes of the figures. For Ellis the overdrawing forms an irreverent, aggressive and humorous ‘overlayer’ on the paintings, which serves to diminish and depressurize the authority and seriousness of the painterly project. It is also a way of extending the space in which he can operate as a painter. The painting is finished, and yet the artist continues working.

Ellis’s work deals with the mechanisms of cultural production, to question what constitutes authentic experience. In a world overflowing with images nothing and everything is a worthwhile subject; nothing and everything is an unmediated, direct, and personal experience. According to Ellis this loss of absolute value reflects a wider loss of cultural meaning and value in society as a whole. His work follows the tradition of Romantic painting. However, working from the pre-existing canon of past paintings he reveals one way of short-circuiting the earnestness, fatalism and autobiographical isolation associated with the Romantic Movement.

In this exhibition Ellis presents a selection of small-scale paintings covering the period from 2009 to the present day, and a new series of works on paper. The title of the exhibition Works Like People is chosen by Ellis as an alternative to the normal understanding that figurative paintings are of people. It is a way of alluding to what he does in his paintings - they are figurative but they are never really simply about the subject of the painting. They are paintings that, like people, have their pasts and internal characteristics woven into their external construction or physical being.