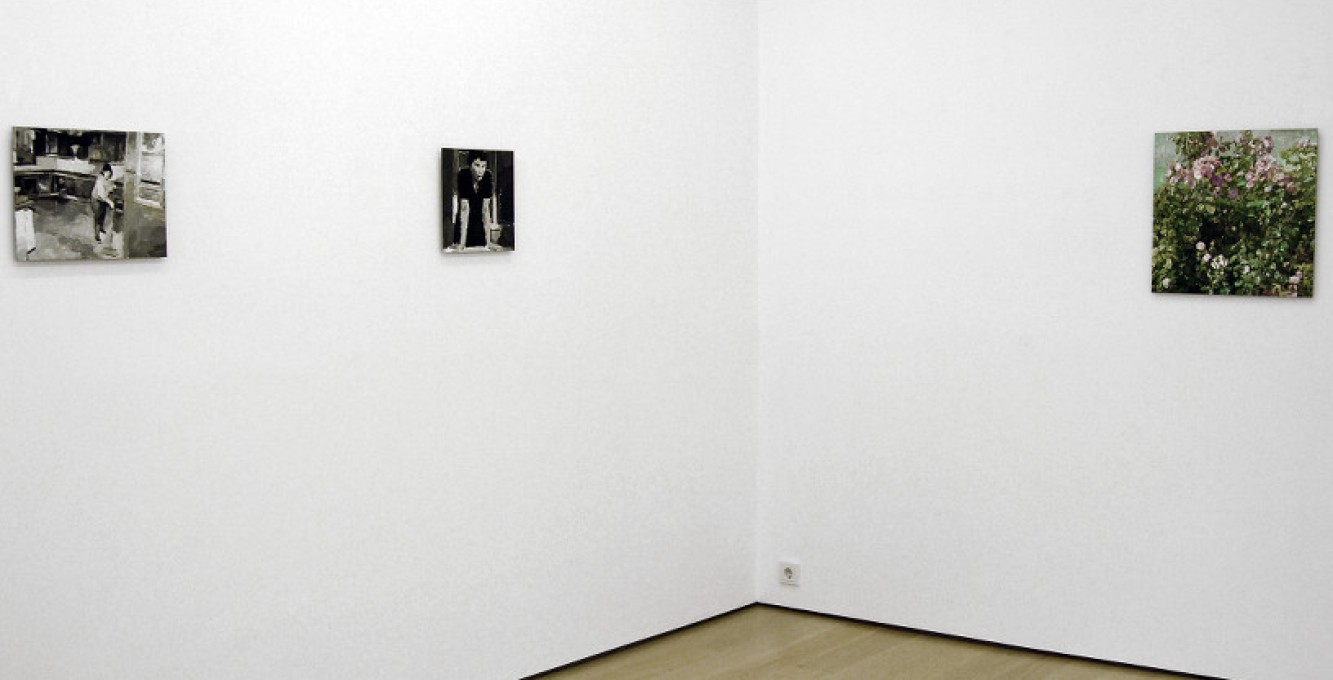 Eleni Koroneou Gallery is pleased to present for the new work of Yuzheng Cheng in his second solo exhibition. Yuzheng Cheng was born in Shuzou in 1977 and studied painting in the school of fine arts in Berlin (UDK) with professor K.H. Hoedicke. He lives and works in Berlin.

Yuzheng Cheng uses as primary working material found images he collects from the press, television, the Internet and the flea market in order to transform them into painting, showing an unfamiliar aspect of the familiar. Without giving a definite judgment his works are about the understanding of these images from a painter’s point of view.

Cheng cuts through the daily flood of images, and to counter the dull familiarity of media-produced pictures where you can barely decide what you are seeing he presents a painting practice that offers an entrancing glimpse of the gap between real and pictorial reality. He expresses a highly topical perspective on the forces and visual experiences of our contemporary world, which he transforms into the medium of painting. He halts the nearsighted transgressions of real-time images and transforms briefly seen motifs into permanent artistic reality. Hollow political rituals or everyday pictorial clichés are laid picturesquely bare and captured in the paintings with familiar strangeness – bizarre and confusing. The artist himself in an interview said the following: “Its about banal objects that I paint, emphasizing specific details, like the fission in the paper or stains in order to transfer them in a different and bigger scale and allow the viewer to see the reality through my own eyes”.

In the current exhibition with the title “Zoo” Yuzheng will present a series of paintings in smaller size that show scenes from the Zoological Garden. The series resulted from photographs the artist himself has taken in his regular visits in the zoo of Berlin. The photographs are transformed into paintings in soft tons, presenting important dissimilarities to the reality. In the paintings the facts are pictorially altered and put together again and this enables the viewer to see the reality beyond the surface.