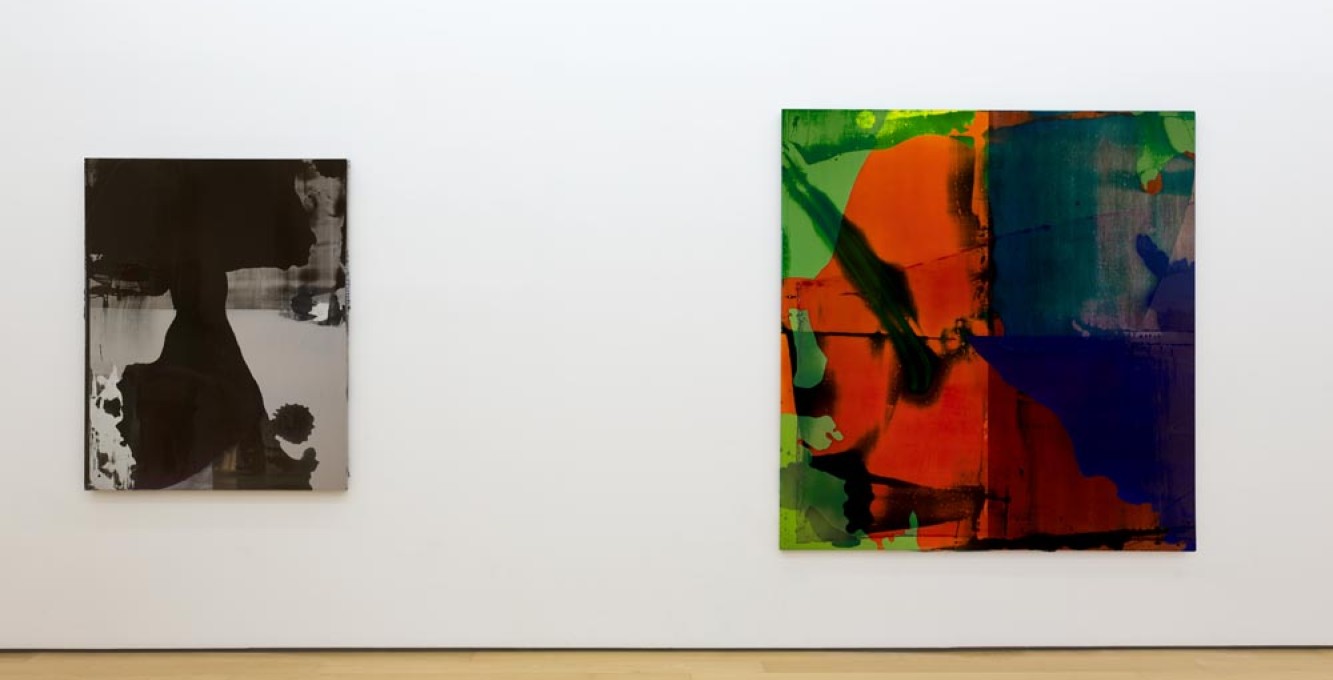 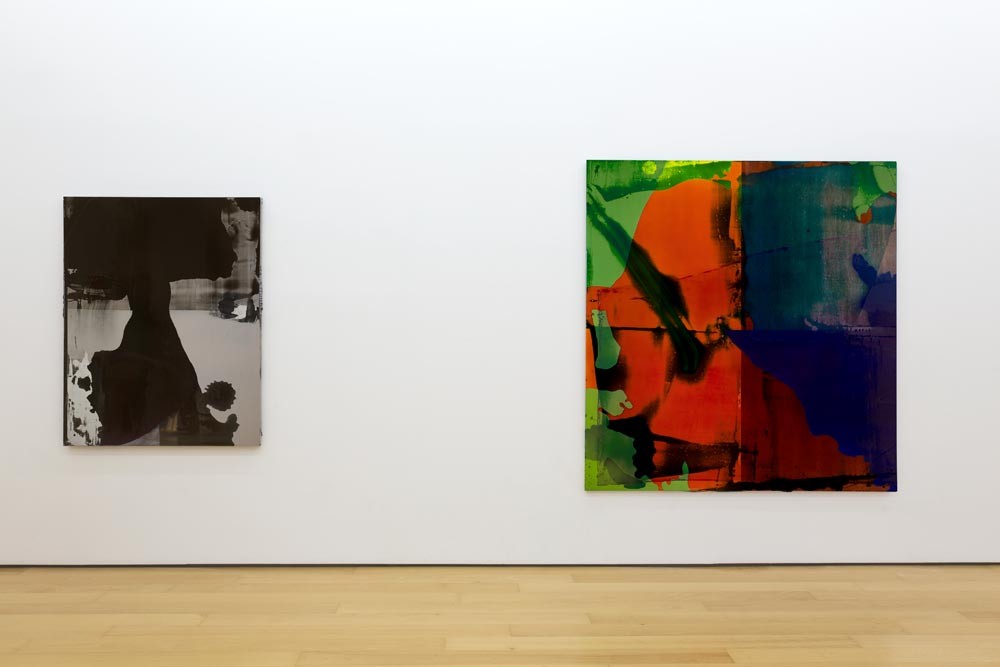 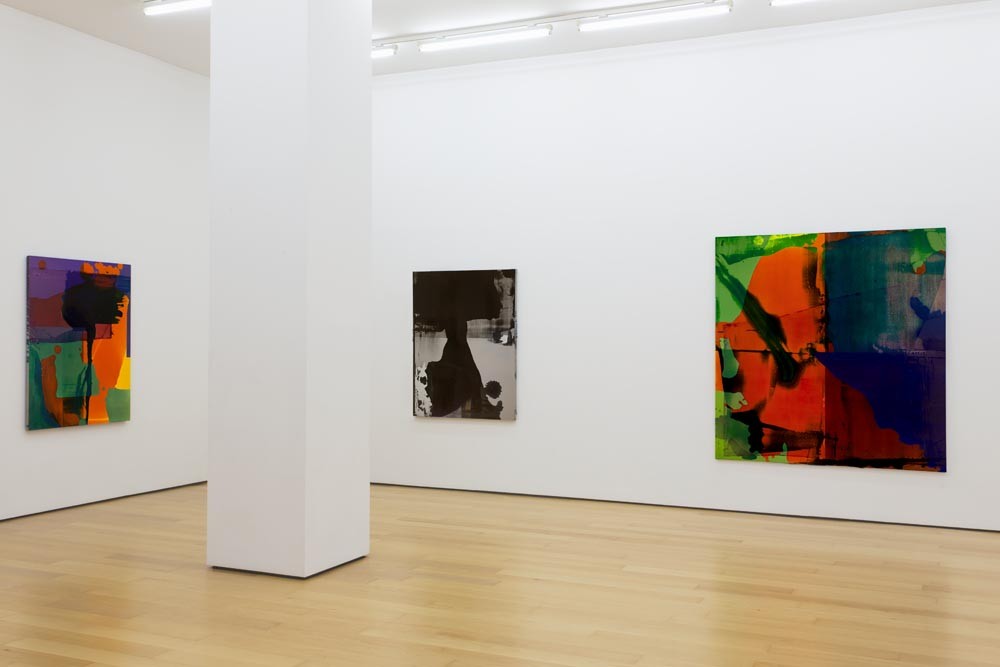 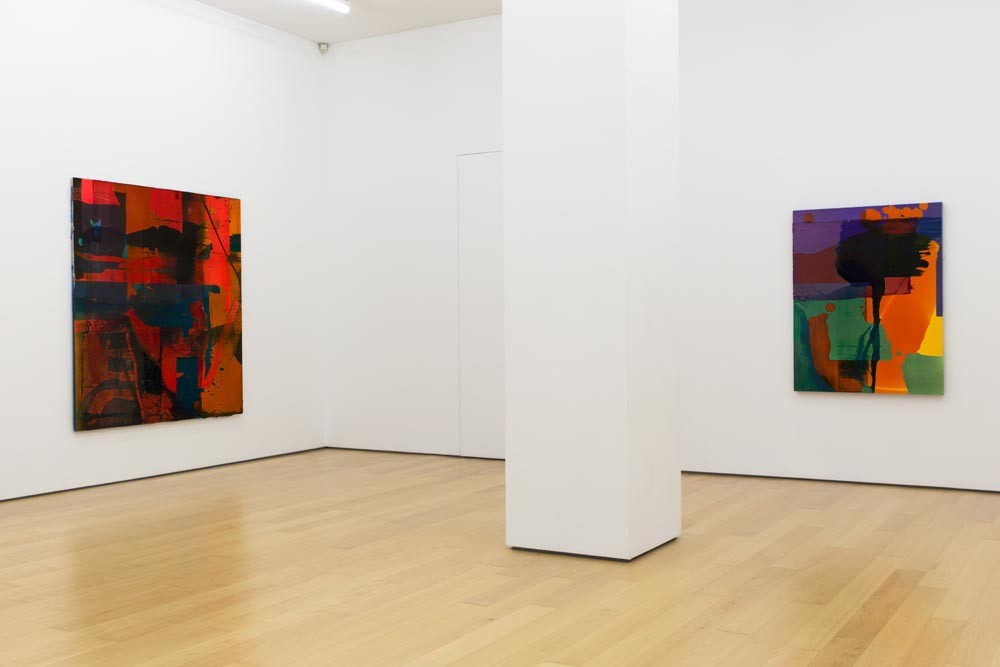 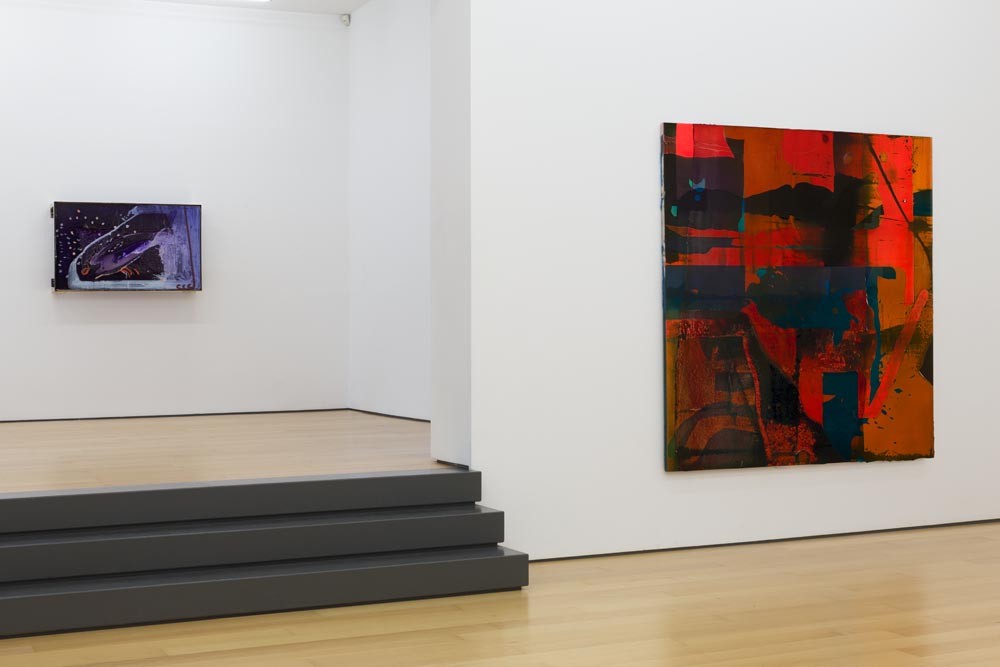 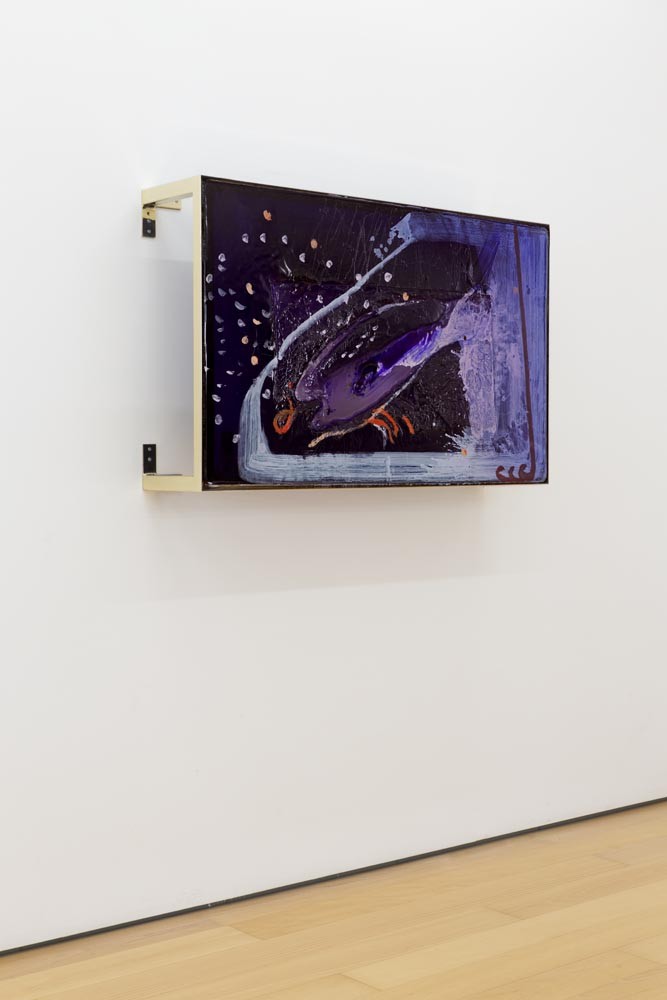 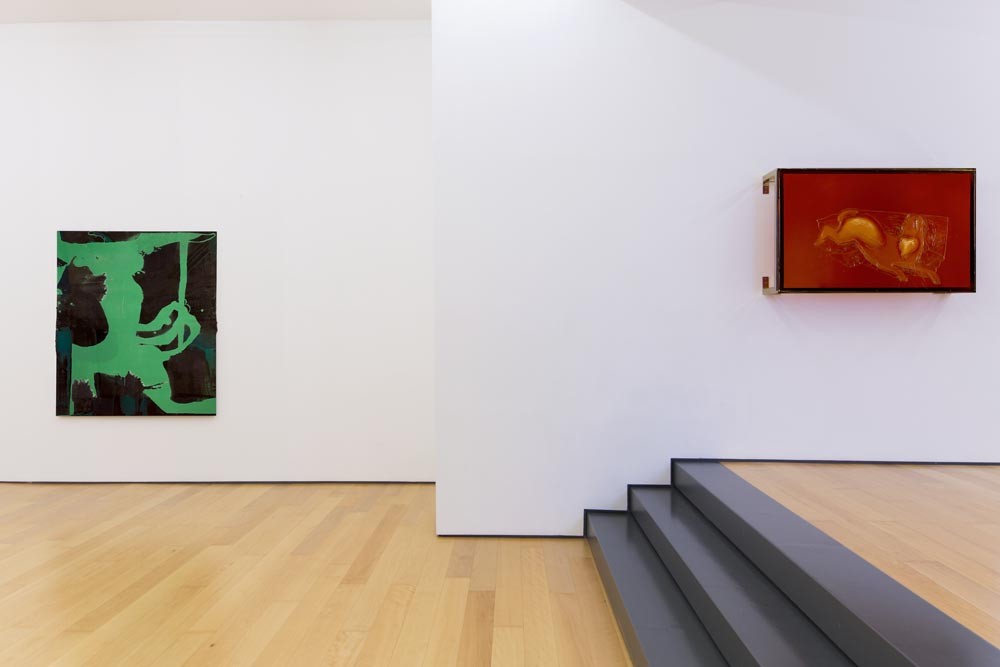 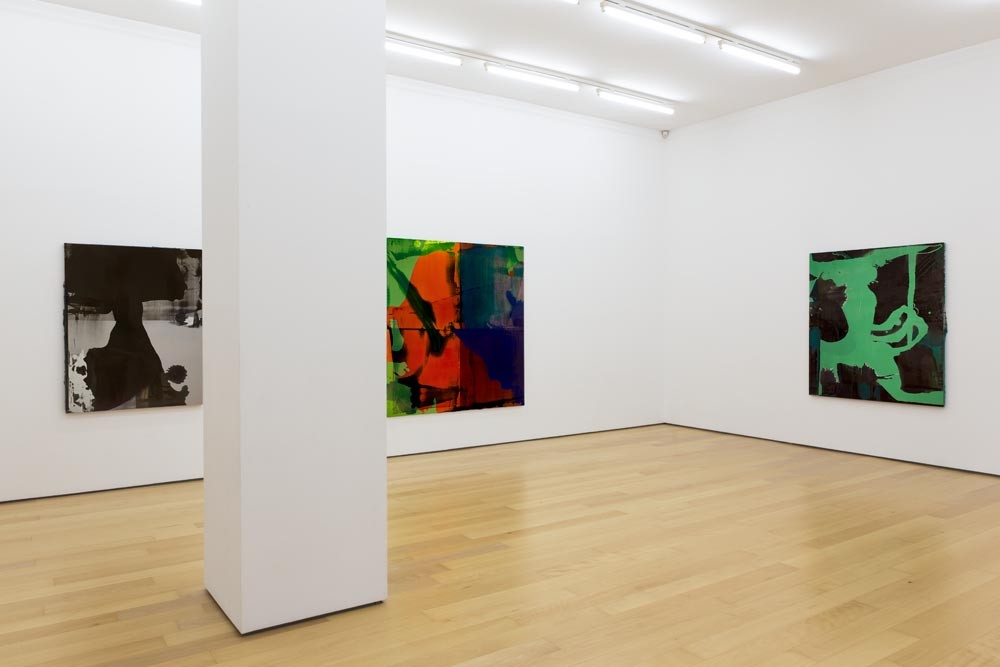 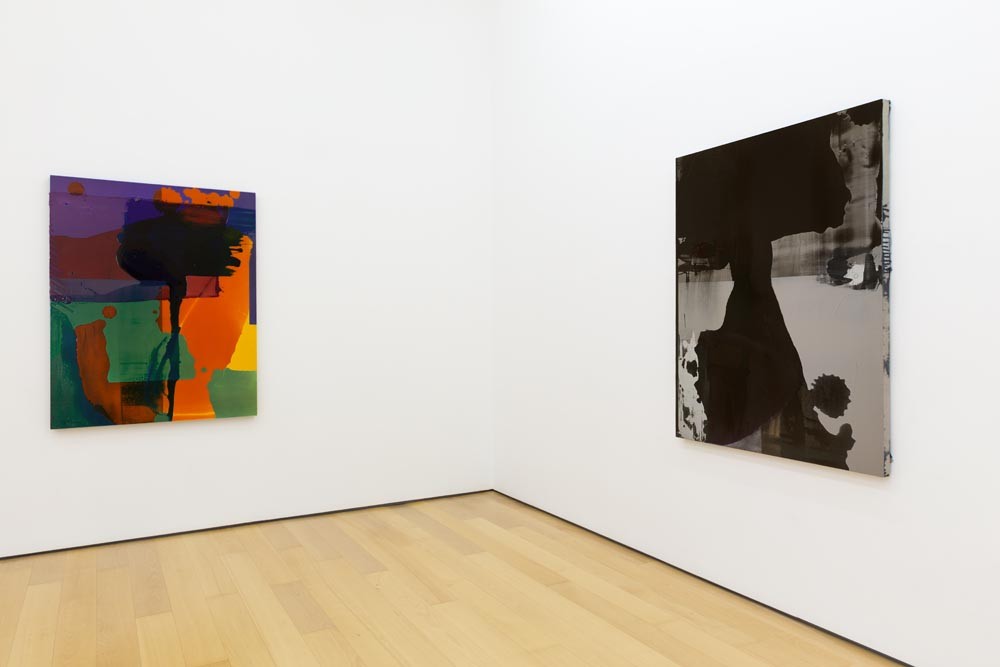 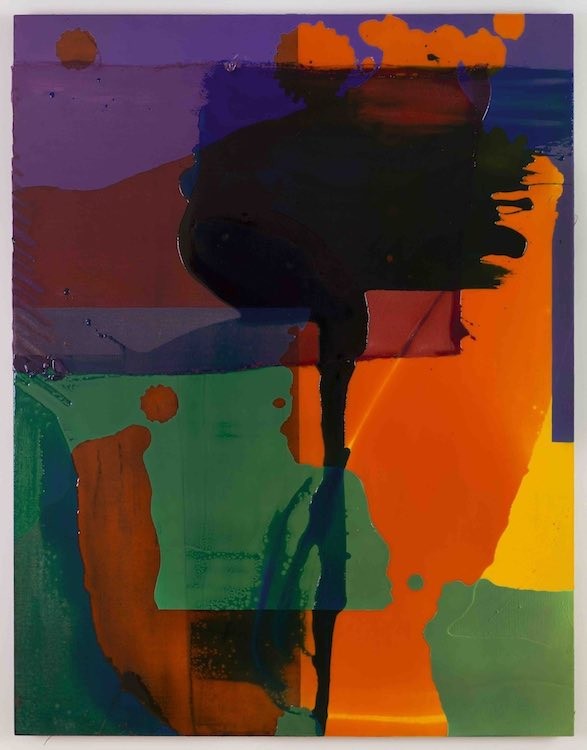 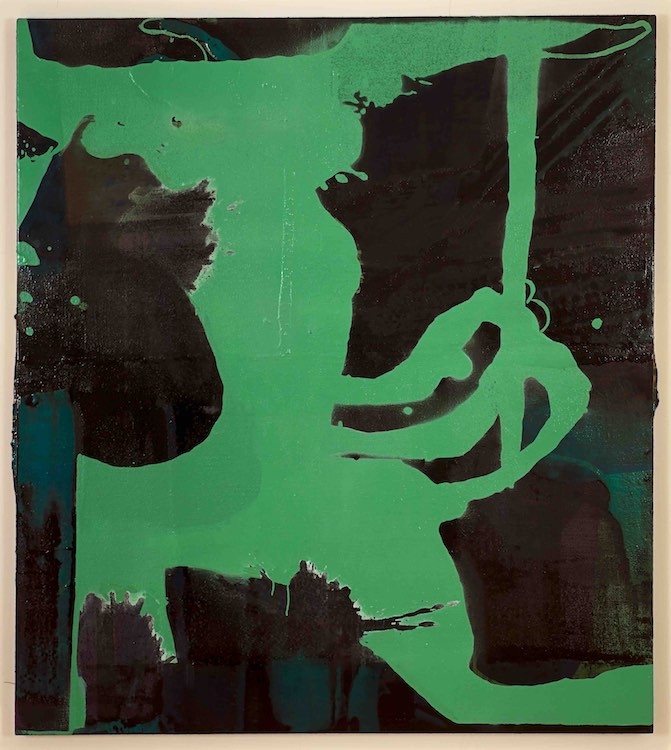 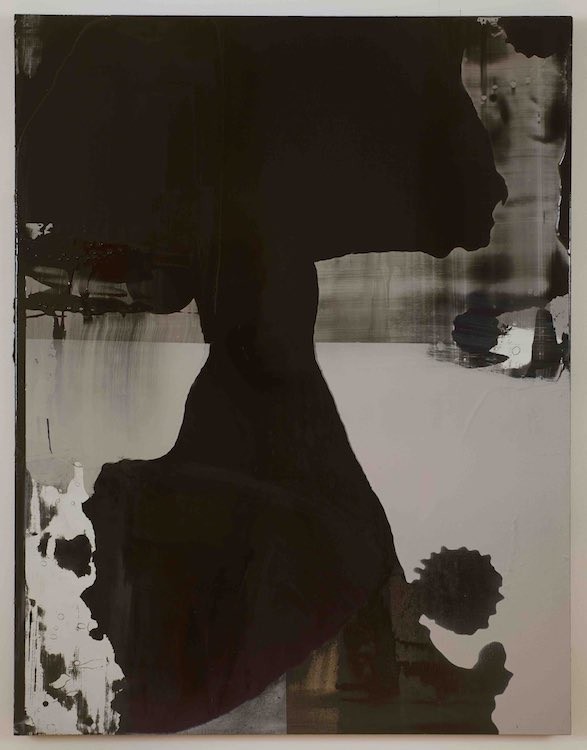 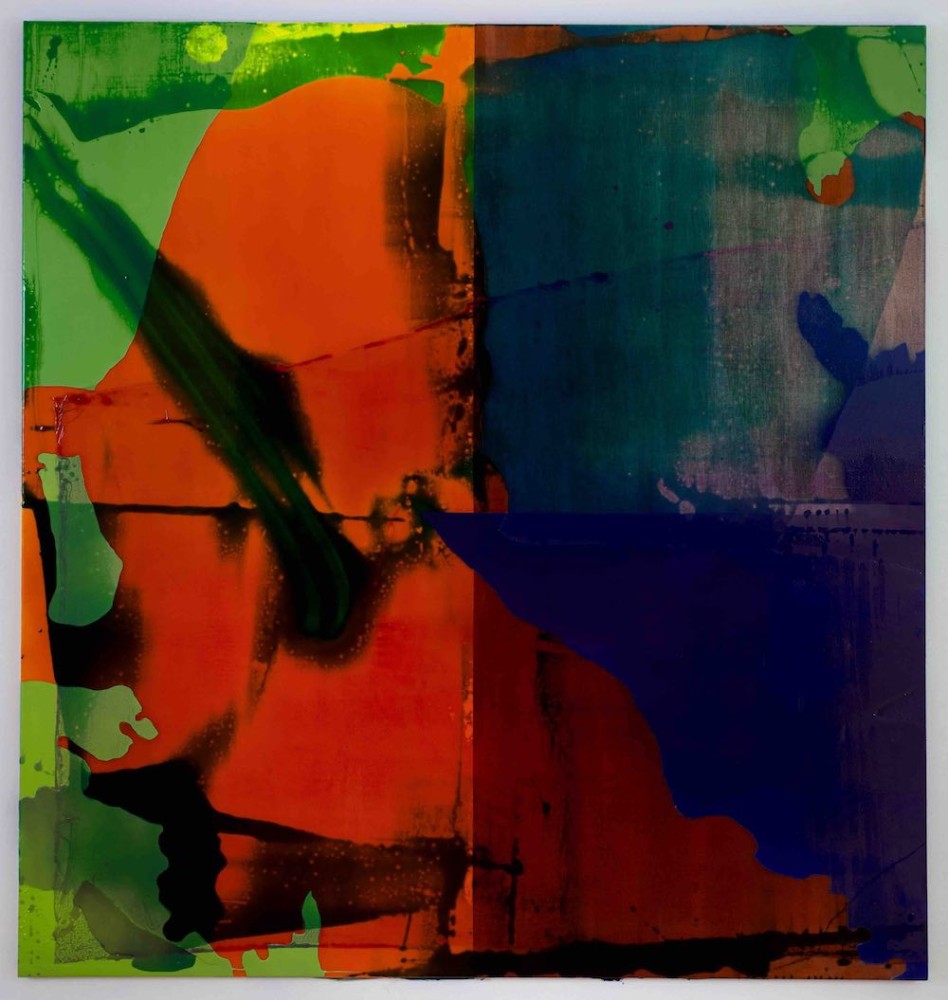 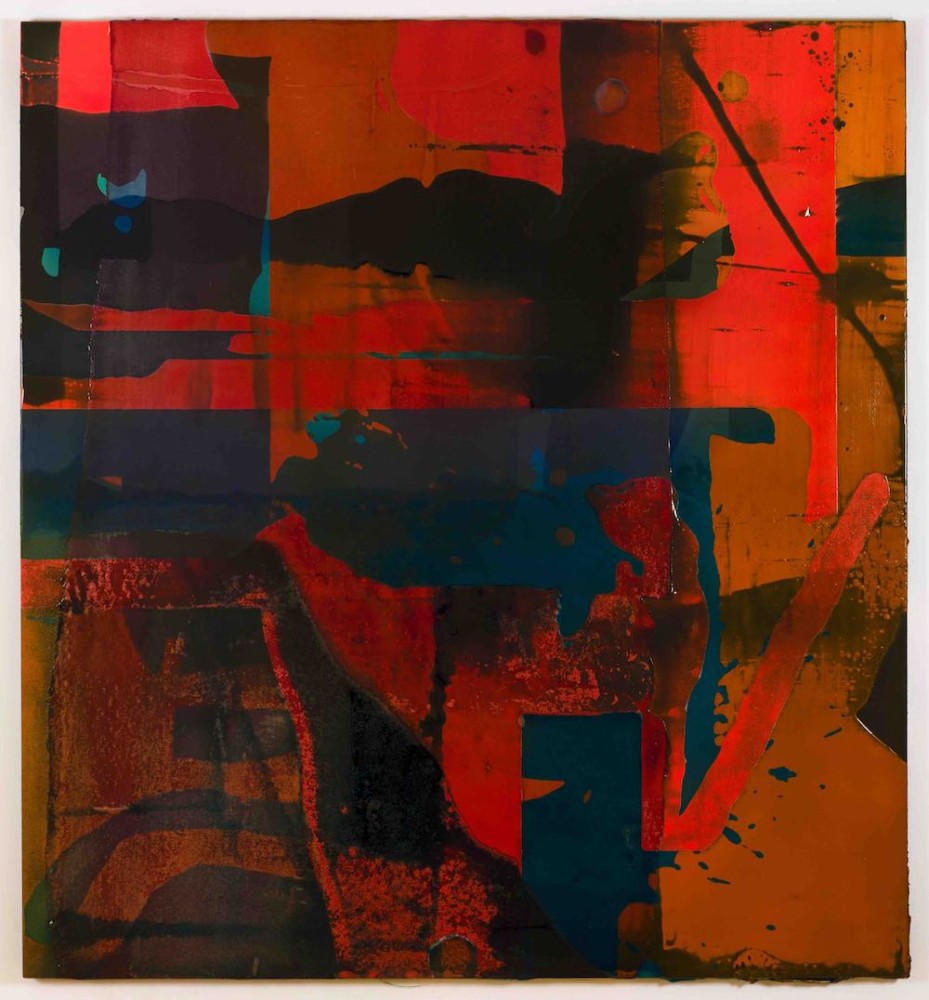 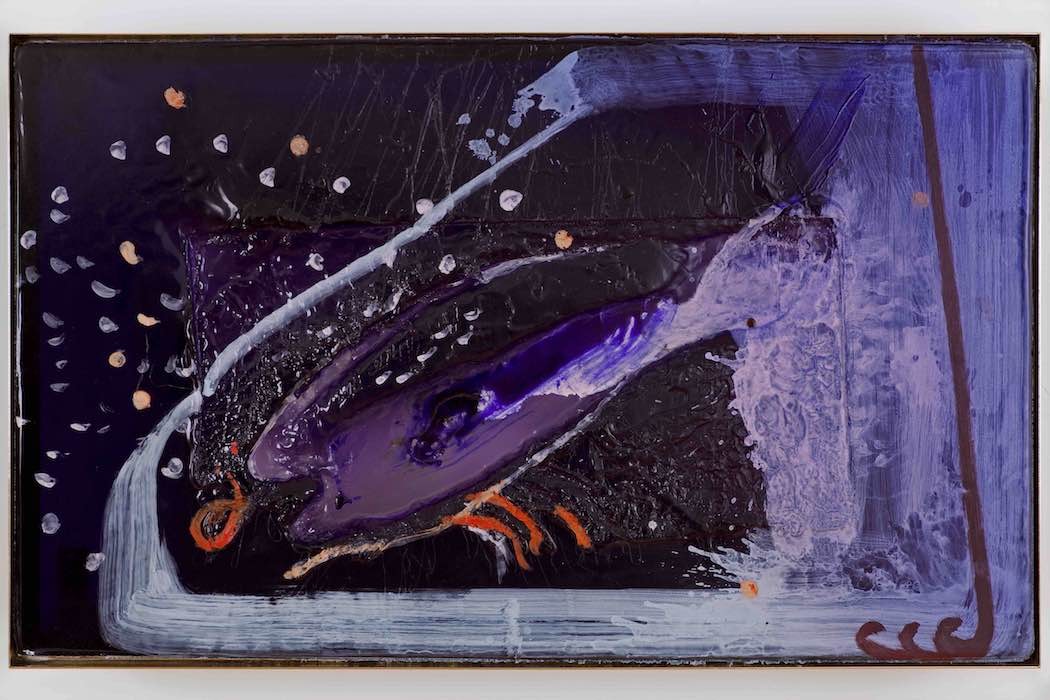 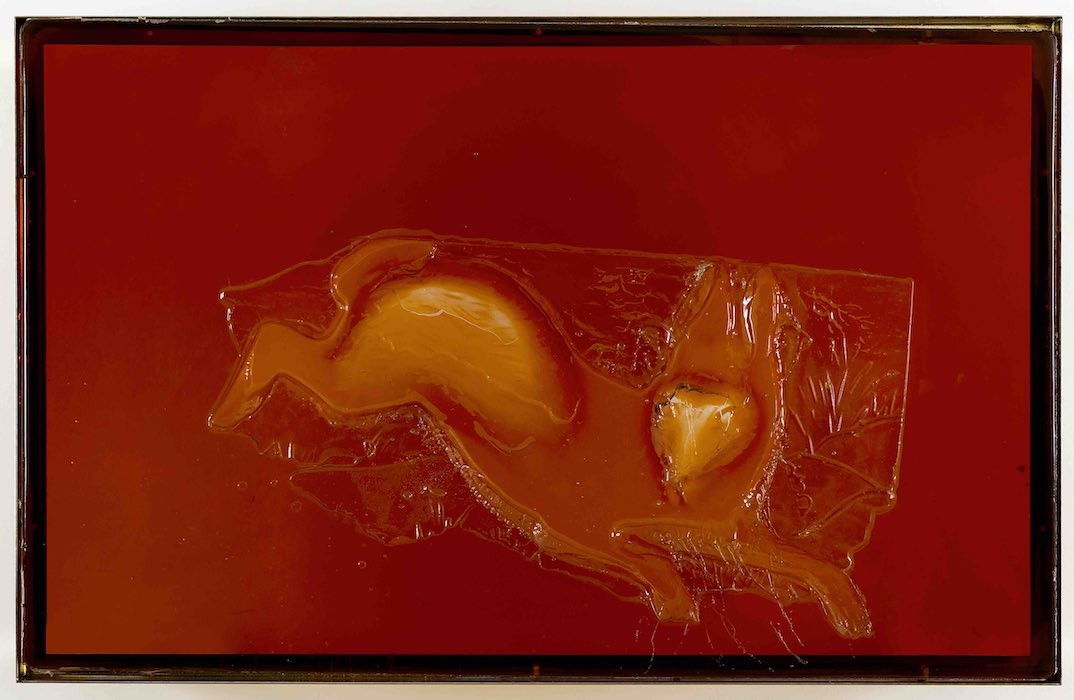 The first group of works consists of five paintings that are created through the enlargement of ink renderings, their transferal to linen panels, and the application of poured and painted urethane and fiberglass; an operation which alternates the works orientation from the floor to an upright position. The use of vibrant colors and curved lines is characteristic in his works, composing painting-fields with irregular shapes that emphasize the density of the color that shifts on the canvas.

The second group of works in the show is urethane impressions of wood carved reliefs. The found woodcarvings, which resemble artisanal signage, are enlarged, reproduced and then pressed into a shallow basin of urethane. Afterwards the works are mounted in brass-coated frames, constructed in such a way that they extend from the wall, highlighting their transparency and sculptural dimension.

Alex Hubbard often combines painting with performance and video, creating an interdependent relationship between these different media, the one acting as a starting point for the other. His paintings can be described as a continuous exploration of the notions of structure, composition, mass, color and depth of the images he creates.