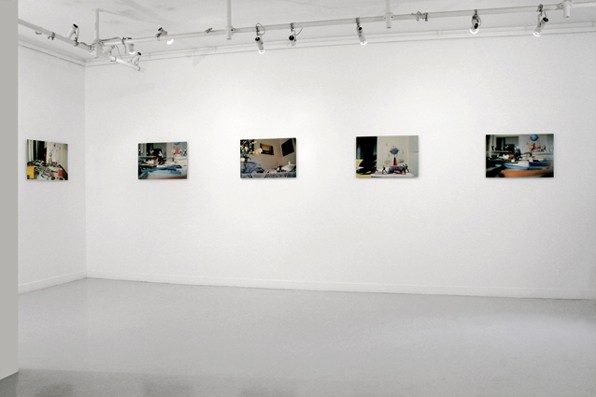 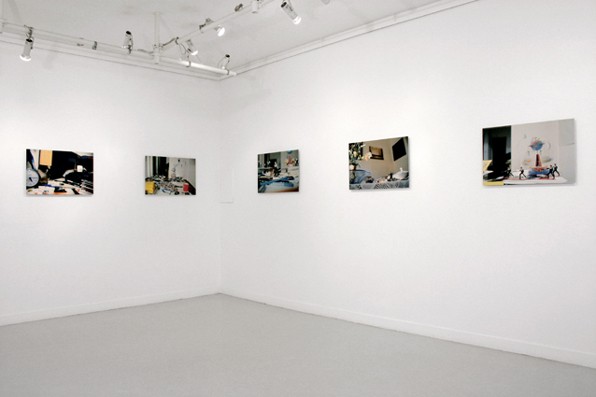 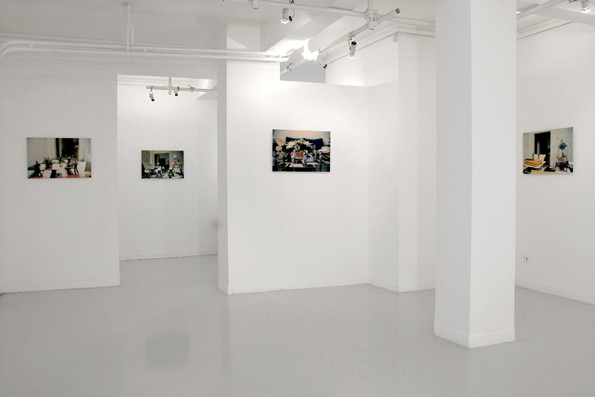 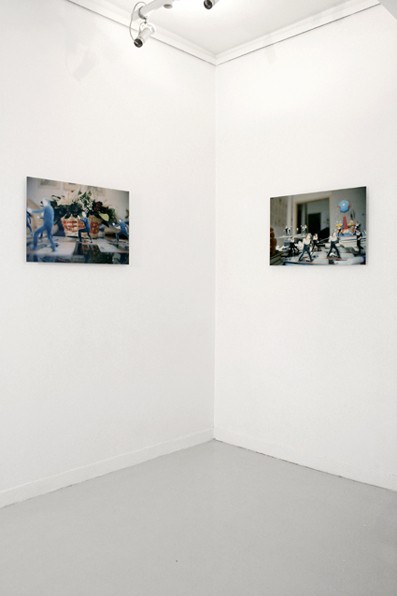 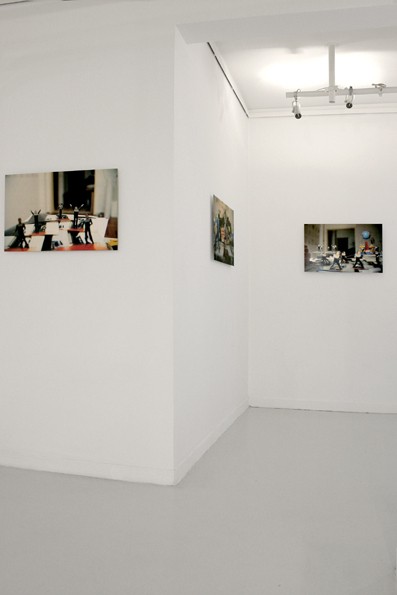 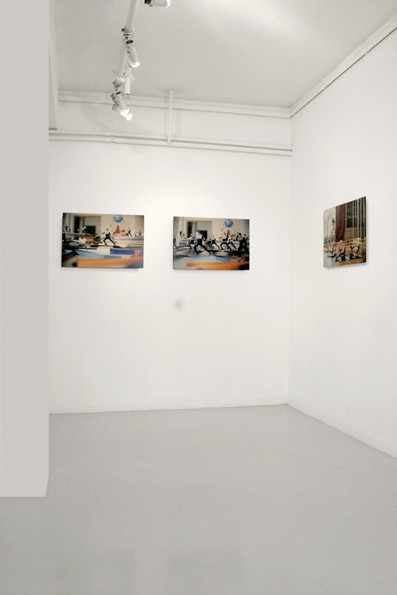 Eleni Koroneou gallery cordially invites you to the opening reception of Georgiou’s second solo show. Georgiou has shown his work mainly in Athens and New York.

In February 2004 he participated in Self-aboutness, a show curated by art historian Marilena Karra. The show was organized by the cultural Olympiad and the ministry of culture and took place at Canal Isabel II in Madrid. Georgiou has shown his work mainly in Athens and New York.

The show includes works made in the past few months. The new series of photographs is the result of conversations with Eleni Koroneou regarding Georgiou’s possible participation in an Olympic Games project.

The photographs inspired by the games are a continuation of the cut-outs, shown in the past few years.
Using the same technique he creates images inspired by his favorite games but not only.

With easy he participates in sword fighting (an umbrella becomes his sword) as well as swims “gently” on a friend’s bed. From throwing the disc/notebook to the karate invasion of his mom’s house, Georgiou does whatever he feels like doing, in an unpretentious, exhilarating way.

The title of the show Favorite Games comes from Cardigans’ single My Favorite Game. There’s little in common between the works and the song, since the song is a bit too melancholic wannabe and the photos are very free and fun.