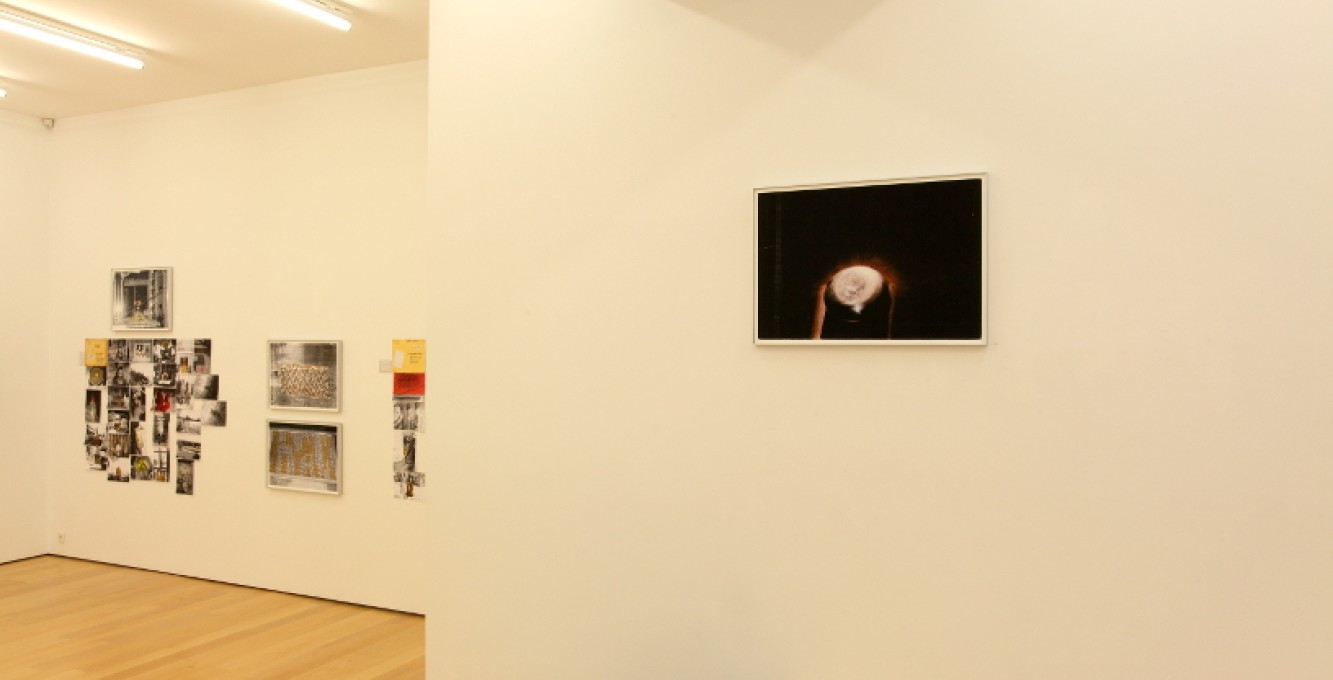 Eleni Koroneou Gallery is pleased to announce the fourth solo show of the artist Alexandros Georgiou with the title “Varanasi.”

Alexandros Georgiou has developed three journeys/art projects* over the last few years under the title "Without my Own Vehicle". The projects were inspired by Varanasi, India.

For the whole of 2009, he lived and worked in Varanasi, an ancient city and a very holy place in Hinduism built on the west bank of the river Ganges (the goddess Ganga for the Hindus). Varanasi is the city of Siva, the Destroyer of material and liberator of consciousness and the spirit. In 2009, Varanasi suffered a terrible drought, and with very little water Ganga looked to be dying.

Several collectors and friends supported these journeys, and as the artist travels he makes works which he posts to the participants on a daily basis. During this one year, two of the four collectors participating in the project visited Varanasi and their visits became part of the work. Several friends also visited and, depending on the amount of time each visitor spent in India, they travelled together to other holy places on a pilgrimage to the four corners of India.

The project unfolds day by day and has several aspects: the works as they are made and experienced by the people who receive them over the several months the journey lasts; the works collected and arranged into folders after the journey is complete; and the exhibition of the material in different ways—together with the publication**, this is, in a way, the last piece of the project.
For the show, he presents a selection from the material he created during his One Year in Varanasi together with the final, larger prints he makes from the original material after his return. The original material consists mainly of handmade cards and B&W over-coloured Xerox copies of photographs he’s taken. He also sends a selection of poetry, music, films, documentaries and ephemeral items.

There will be a reading table included in the show with a selection of this material, along with two folders containing the complete material sent to one of the collectors.

His work shows details of everyday life in a new light, creating particular and moving images from the most basic source material.

The works have been installed to present the different aspects of the project in the best possible way and to highlights the importance of the large-format final prints as the project’s crystallized essence.

[To create an assemblage of text and image, whether it be official or personal, is to embark on a strategy of montage: putting together texts, images and sounds in order to create a narrative, a history or a set of connections. Georgiou’s art resists the digitization of the world. Instead, his work asserts the power of experience, memory and face to face connections. The montage at play in Georgiou’s work is against ‘synthesization’. Exploring the contingent and recombinant ways in which meaning emerges in our environment, his works invite us to sift through an assemblage of fragmented images, which trigger our own recollections that, in turn, intersect with the artist’s. His journey is a spatial montage through time and location, one that has touched the lives of people he has met; and one that also creates bonds with his mail partners and activates the space of the gallery.] Victoria Lynn***