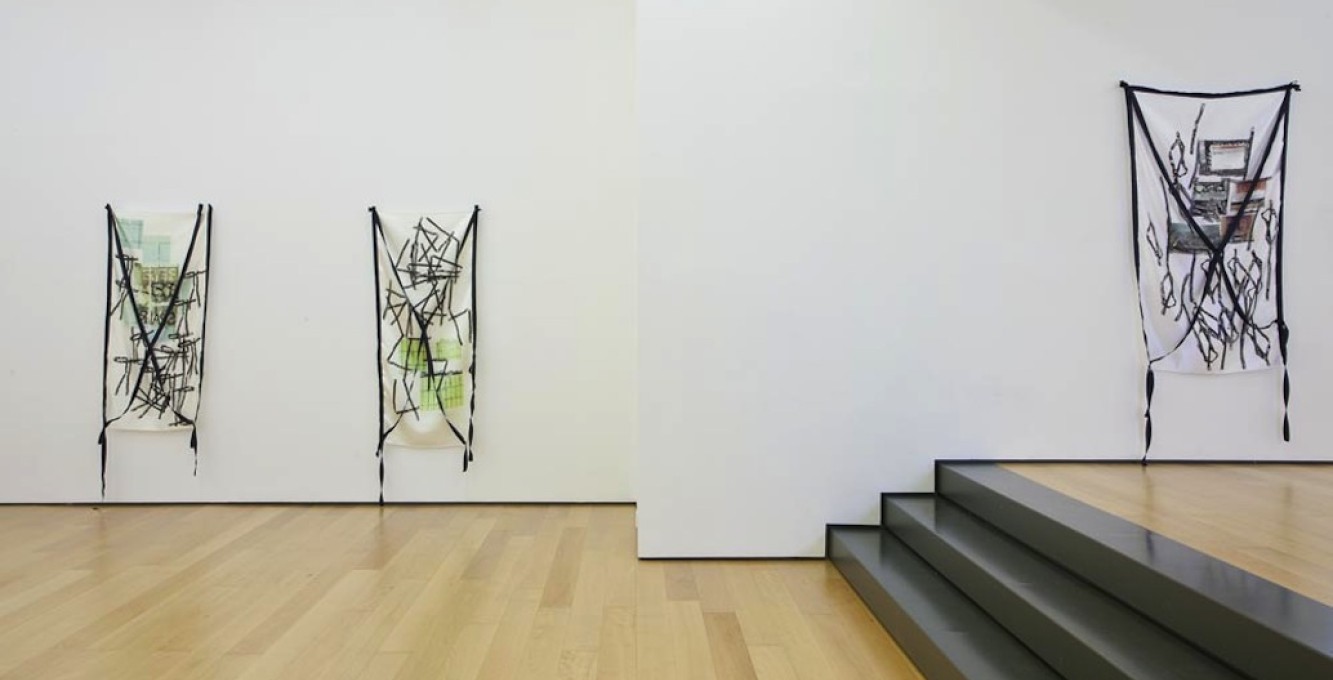 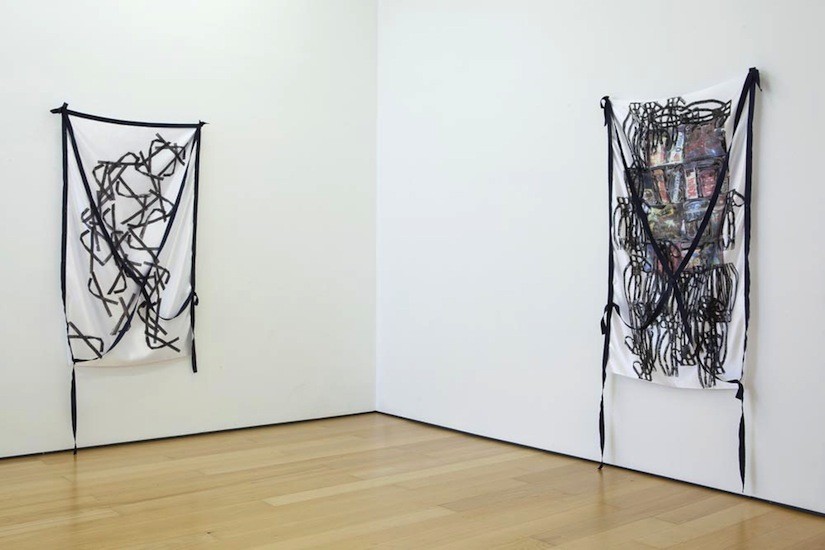 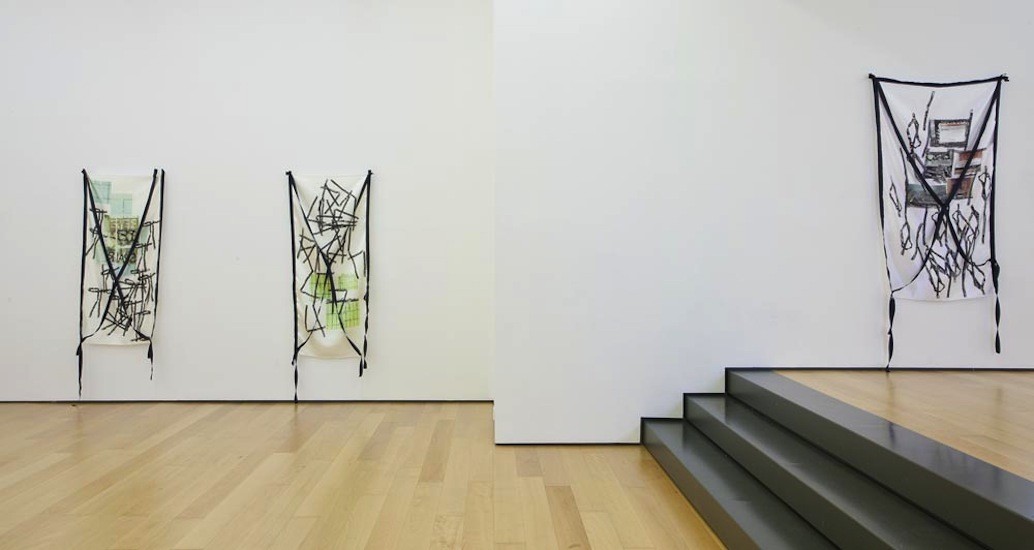 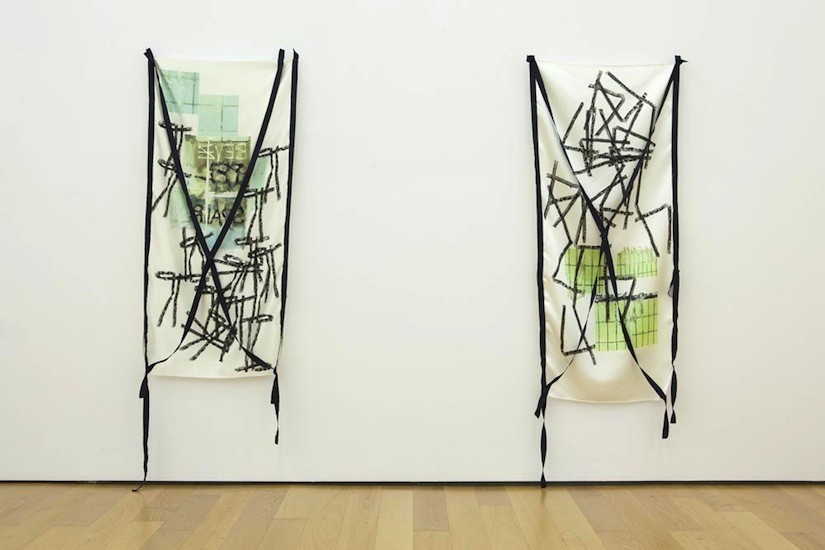 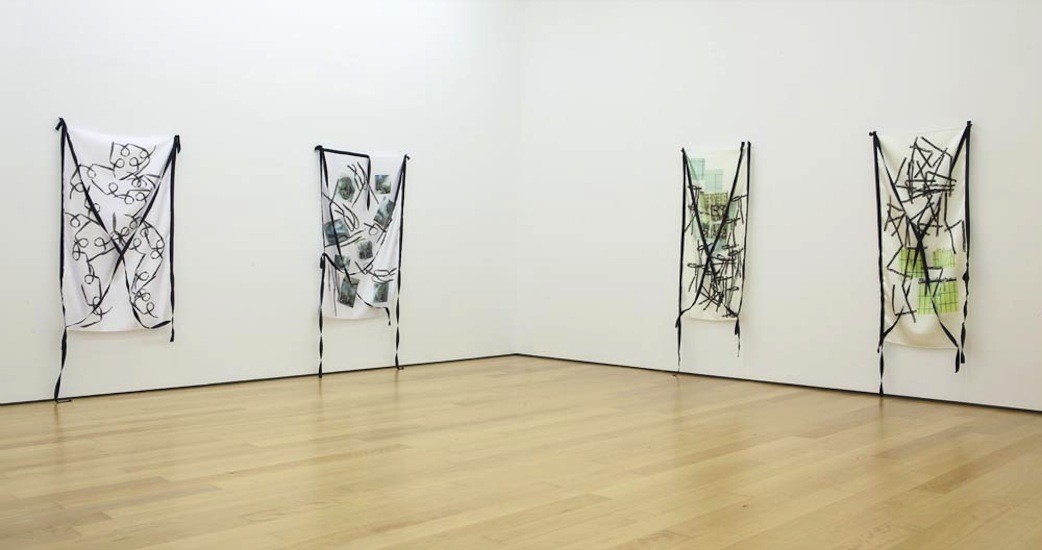 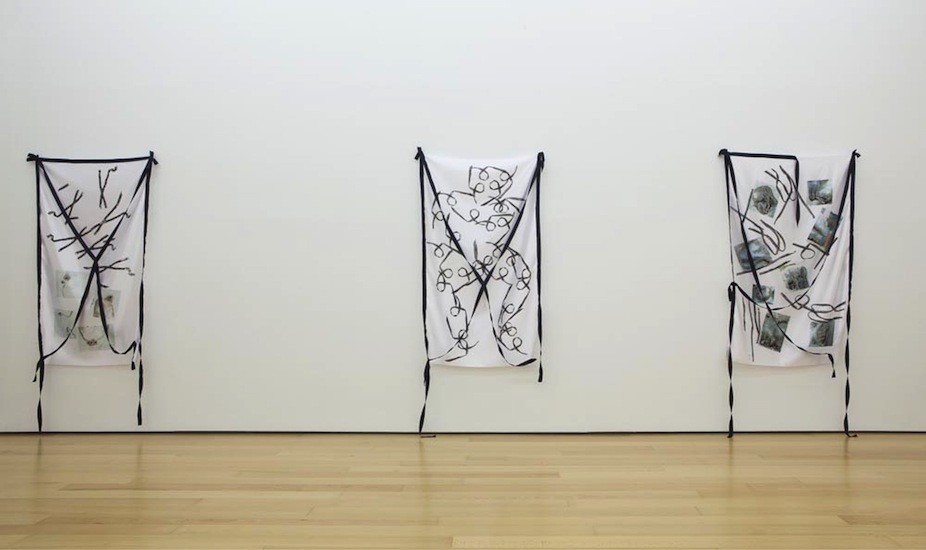 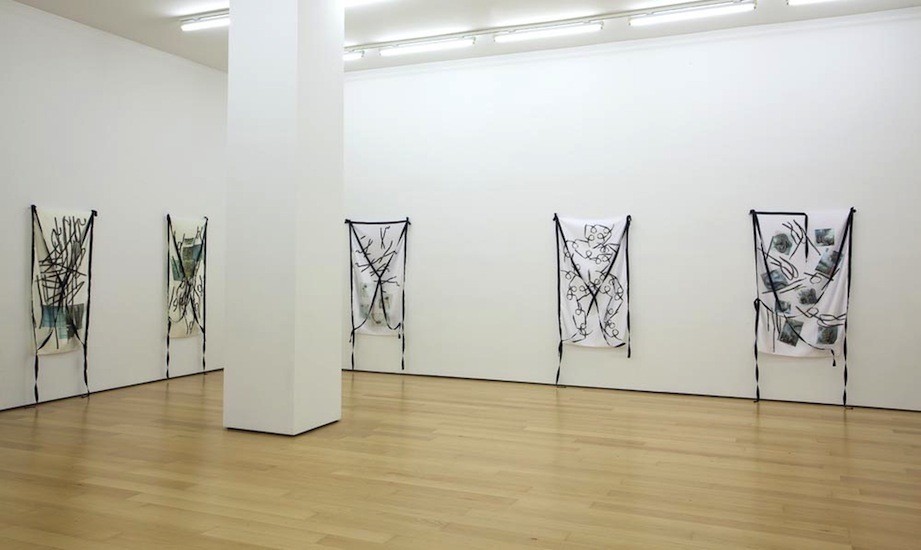 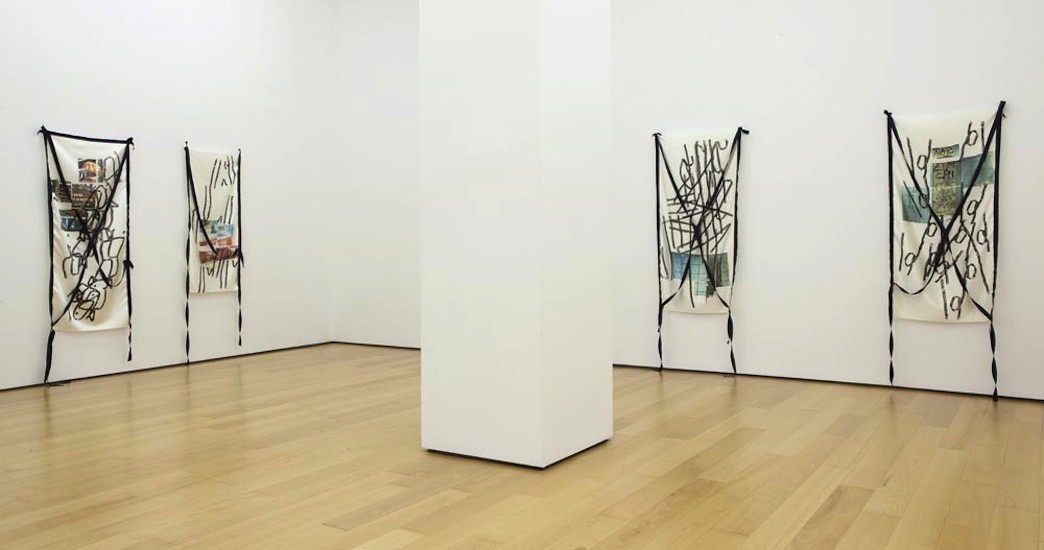 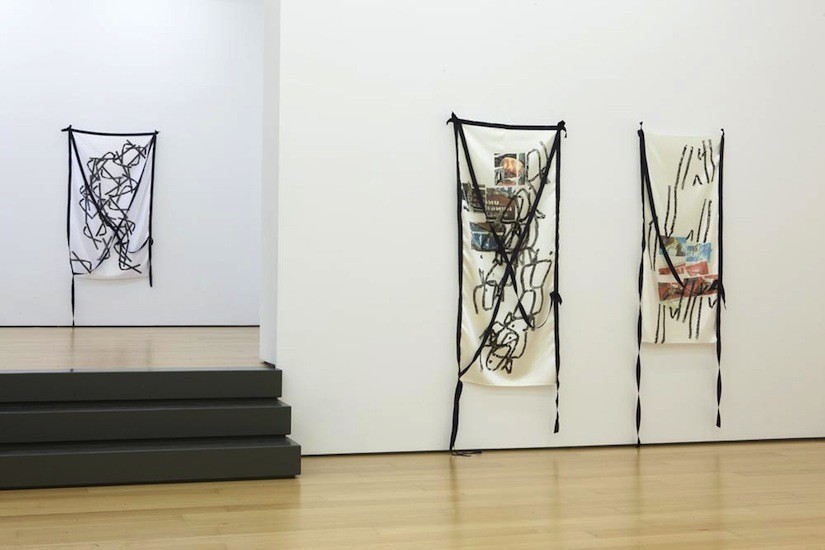 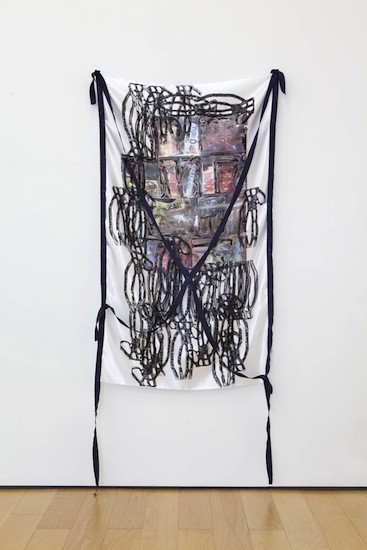 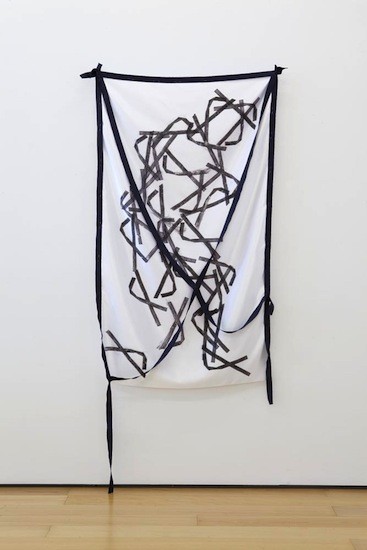 Eleni Koroneou Gallery is pleased to present the new work by Yorgos Sapountzis in his second solo show at the gallery, titled “ATM (...songs about love and death)”.

Sapountzis’s multi-media work engages both public and private spaces, taking often as his starting point public monuments and everyday images, objects that represent some aspect of collective and personal memory. At the core of most of his works are sculptural installations that employ such materials as aluminum sheets and rods, brightly colored fabric, pins, knots and straps. All these materials share certain common qualities: they are light, flexible and ductile.

In the current exhibition “ATM”, Sapountzis will present among others, a series of monotypes on fabric. The prints depict sequences of a film that was never shot, leaving behind a personal souvenir album of the artist. The content of these images, is drawn from routes in the city of Berlin; a naked female body outside a supermarket, metals from sculptures in a park, ceramic tiles in a subway station, snack vending machines, cash dispensers out of order...

The daily encounter with the materials and objects that he comes across in his routes, reconstruct within the works, the scenography of a city. Buildings, machines, bodies, all generate power, heat; only the fluidity of the memories rescues his personal narrative. The closed nervous system of the city with the countless images in high resolution dominates and imposes. Within this inhospitable condition, the abstract precedes as an imperative need.

Yorgos Sapountzis will also present his new performance in the gallery as part of the exhibition.

Currently, Yorgos Sapountzis is making the scenography of the theatre play "Lysistrata" of the National Theatre of Greece directed by Michael Marmarinou for the Athens and Epidaurus Festival 2016.