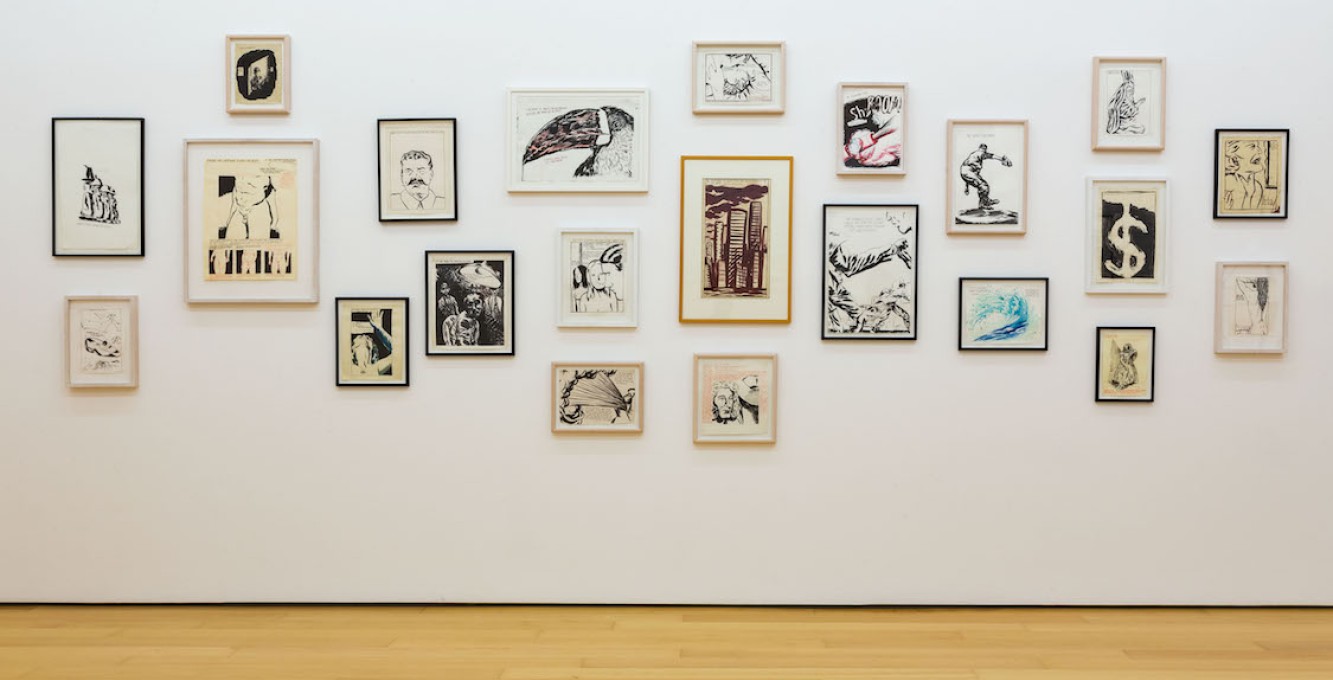 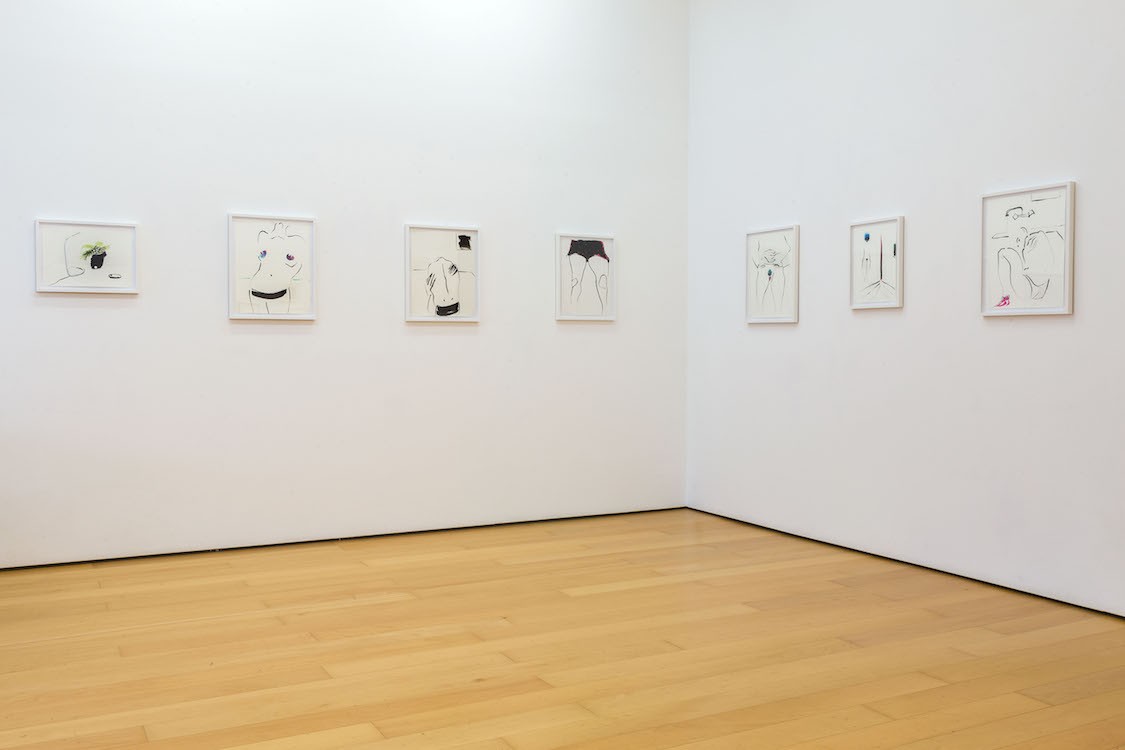 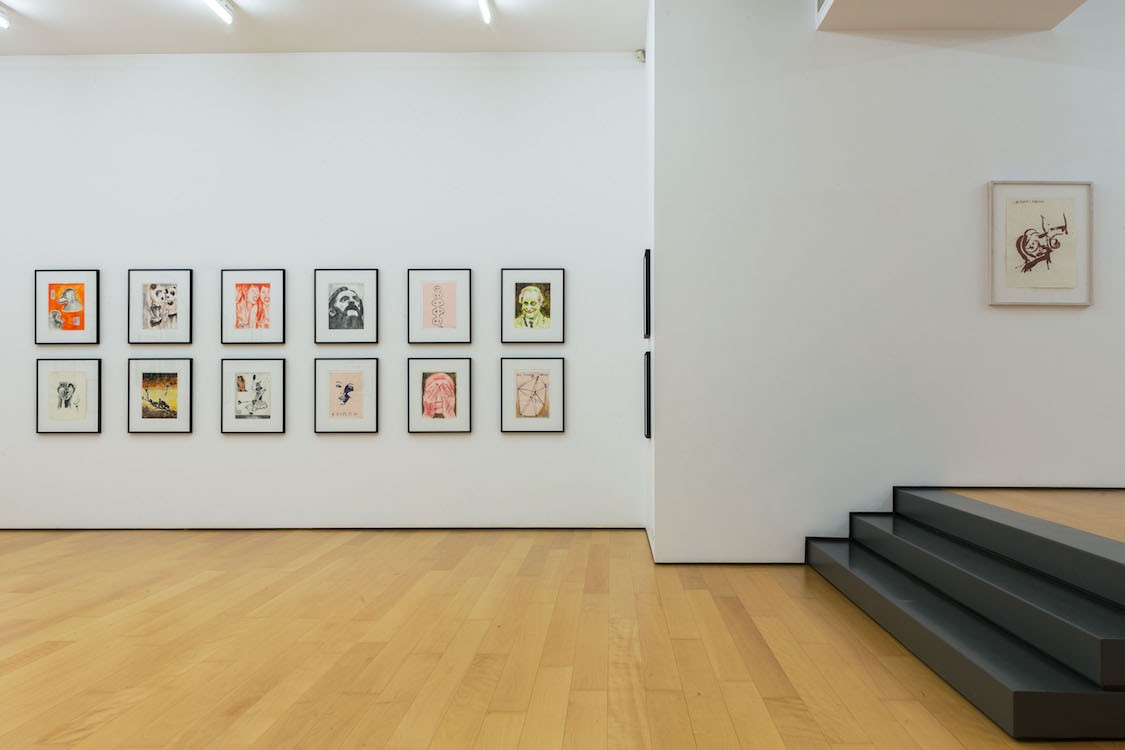 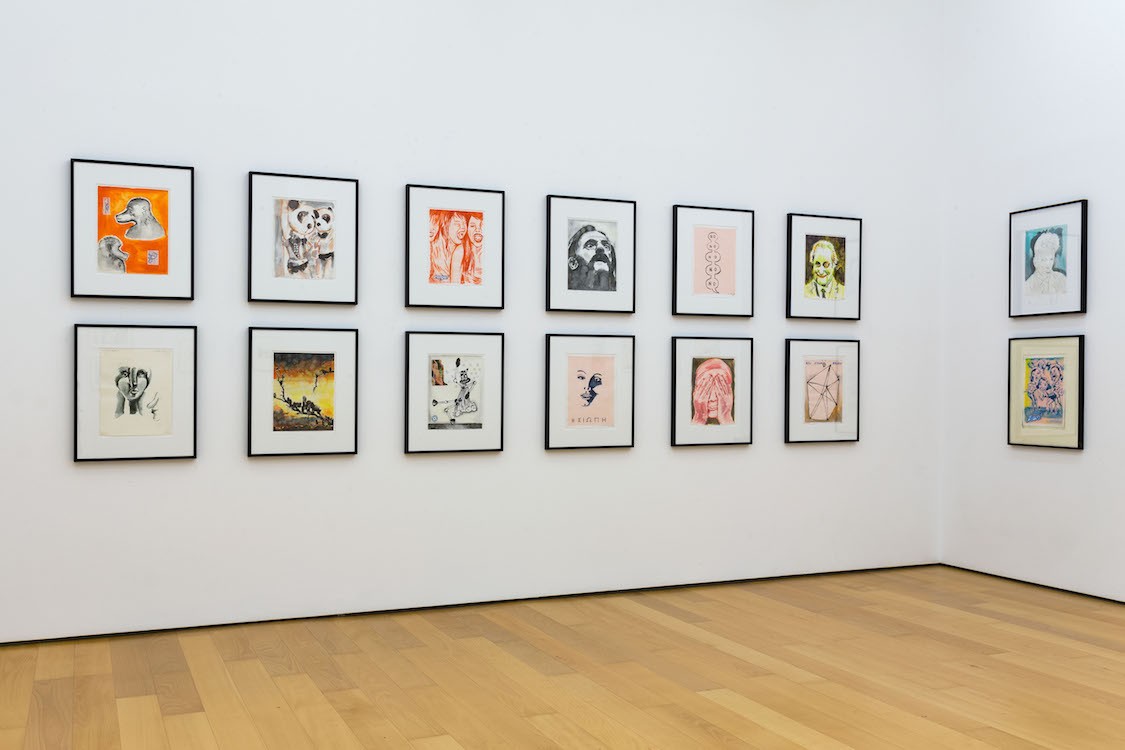 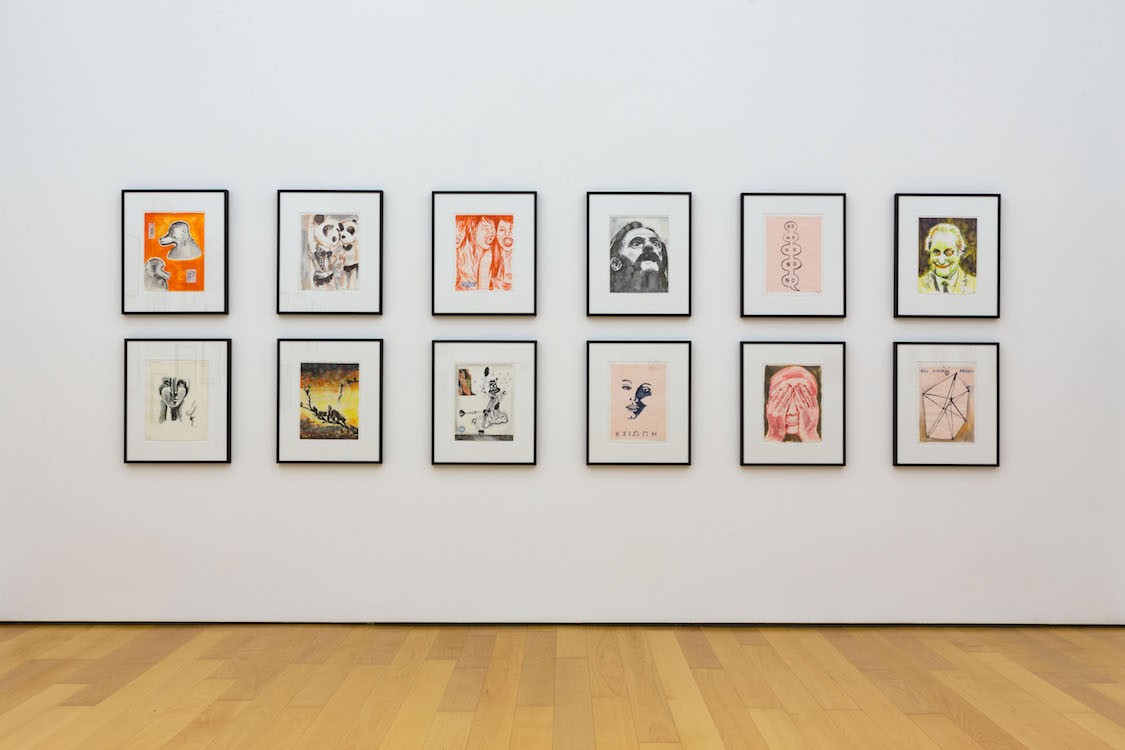 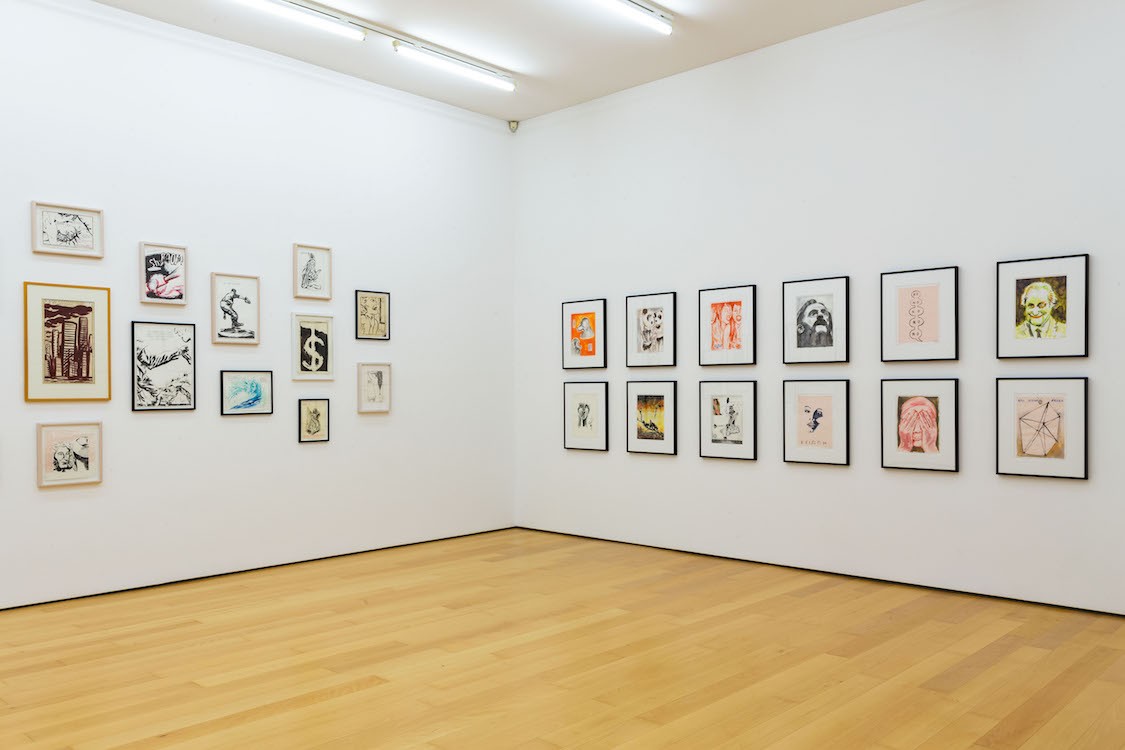 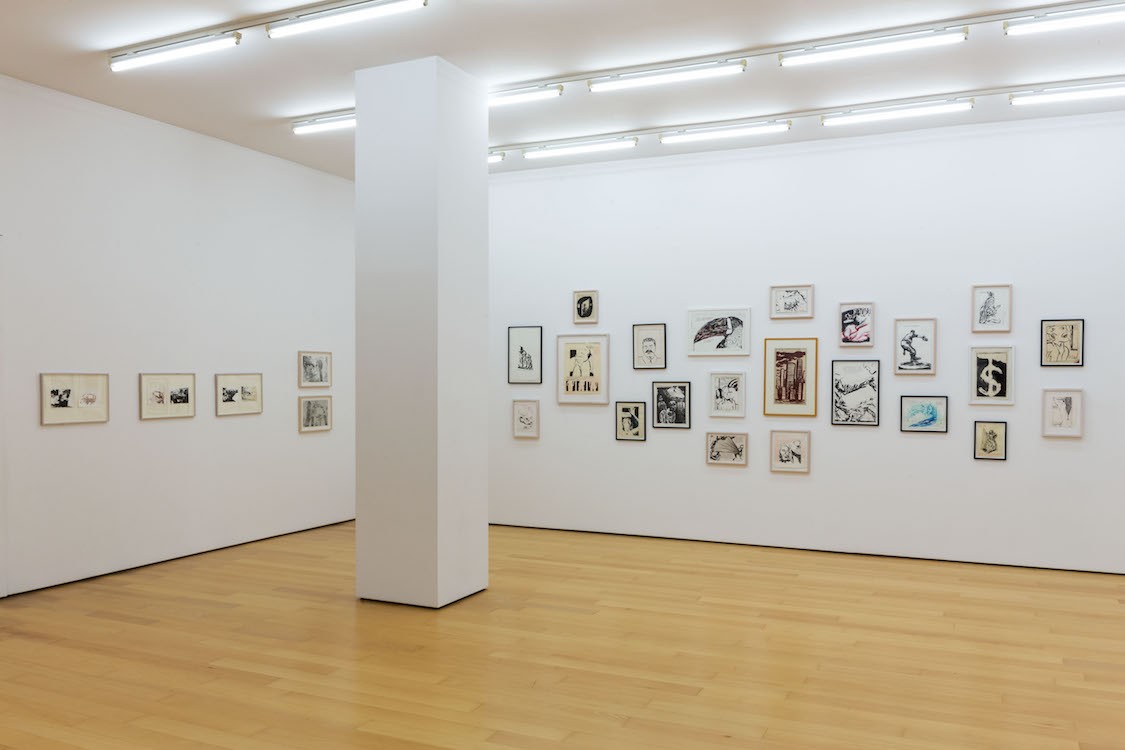 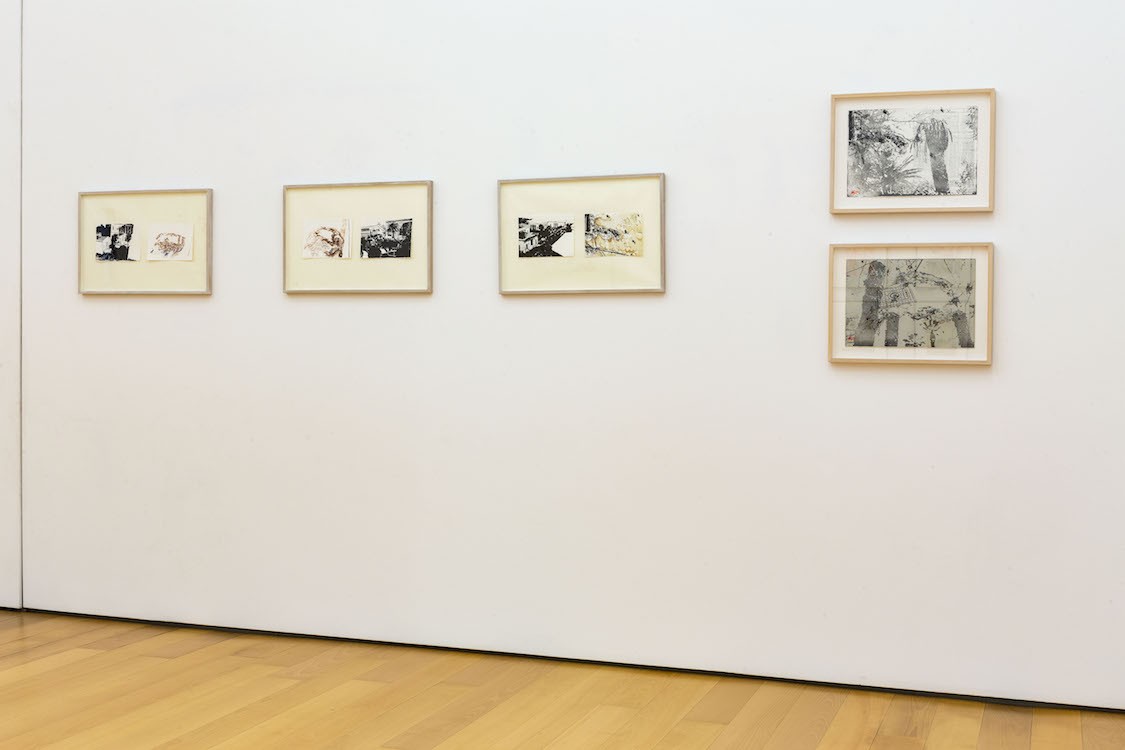 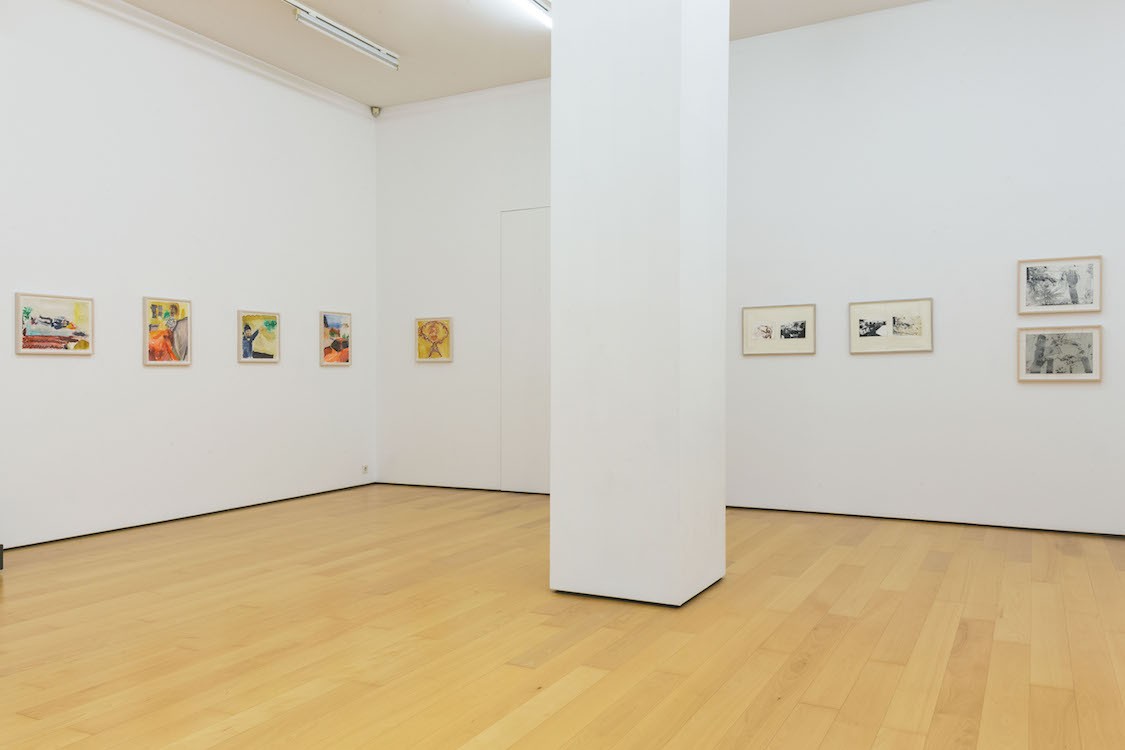 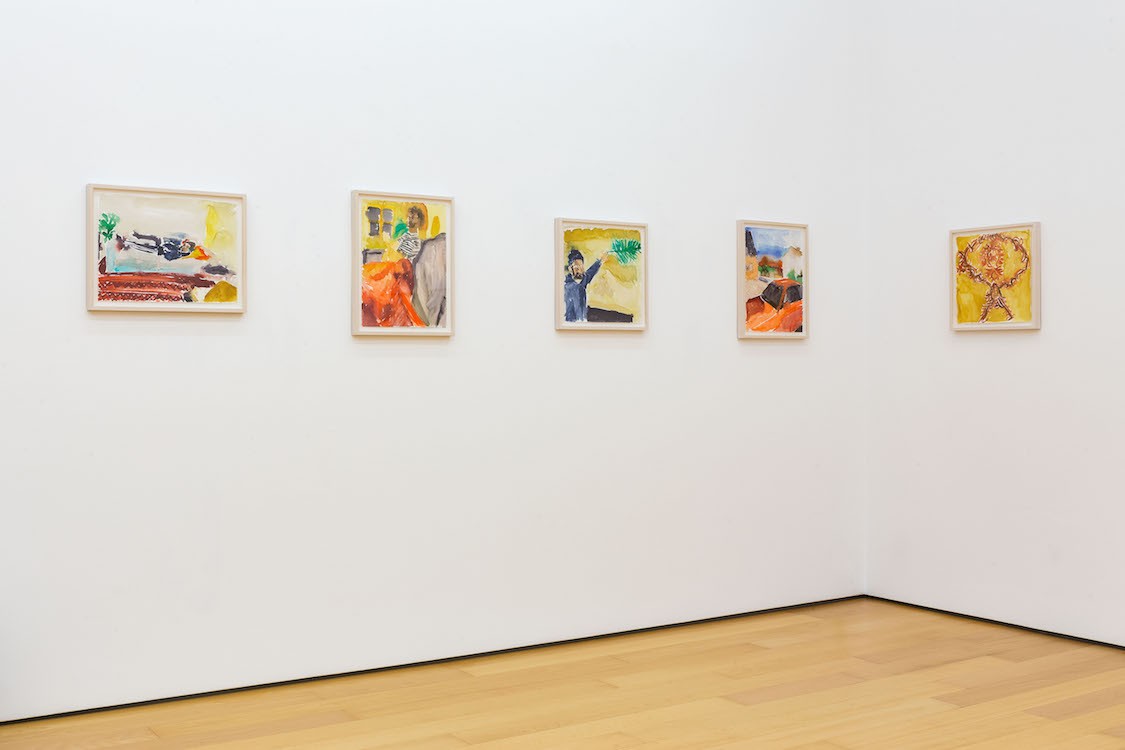 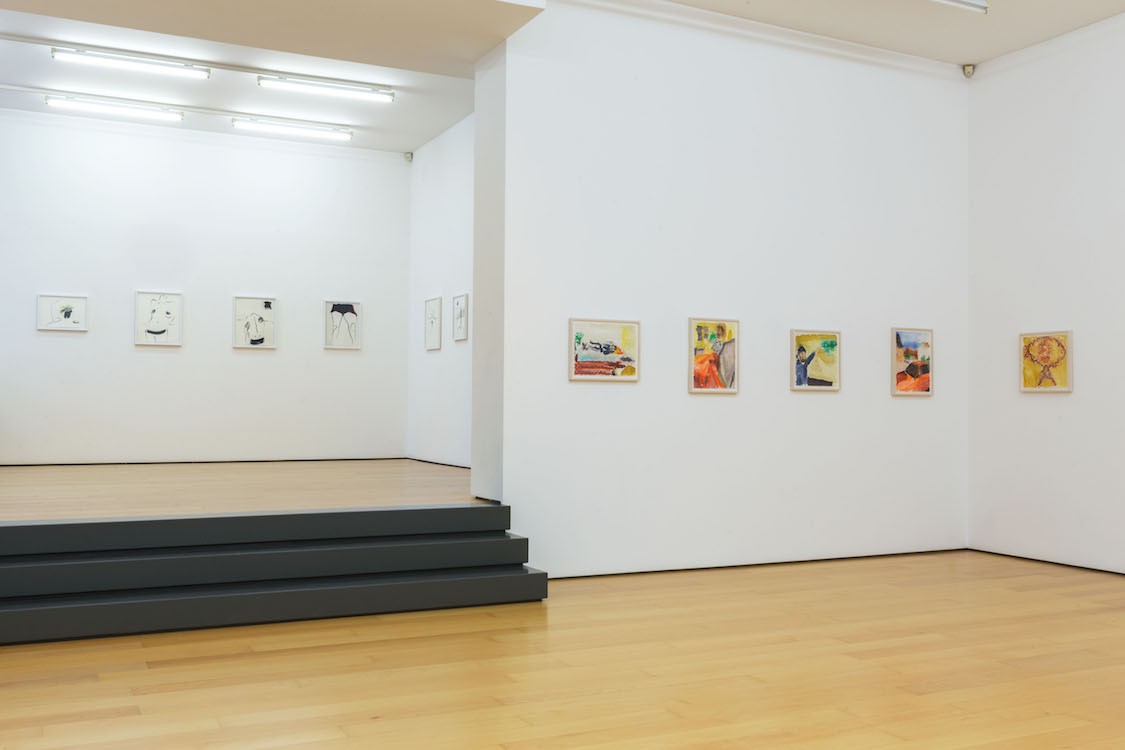 Tamina Amadyar is showing a new series of watercolours that are drawn from different aspects of her everyday life, while opening up to intimate situations such as home and family. In her work there is a certain vibe and subtle yearning as to emphasize the simple unglamorous but not less sentimental conditions of being. Human figures are captured in ordinary moments, like a man watching TV or working from home, though the use of watercolors gives these depictions a more abstract aspect and modifies the dynamics of the image itself.

Eirene Efstathiou’s (1980, Athens) studio practice begins with compiling archival source material, as well as material drawn from deliberate wanderings in the urban landscape, as a way to re-narrate minor histories. In the series “Red Weevil Blues” and “Full of Holes”, Efstathiou is presenting an ongoing archive about the palm trees of Athens -often flanked prominent buildings in the city (such as the National Library and Polytechneio)- and a red insect that destroyed many of them some years ago. Through that juxtaposition, themes around the nexus of power, access of public space, disease and death are hauntingly timely. These layered prints are made using various traditional techniques such as screen printing, etching and lithography.

Helmut Middendorf (1953, Dinklage)’s works on paper relate to themes, such as the banalities, the kitsch, the news and stories produced in the mass media. Collecting images from magazines, prints or the internet, Middendorf transforms those found images into watercolour drawings, reducing reality to selected details, while the focus becomes very sharp. The main subjects whether it's portraits of known personages or compositions with animals and cartoons make a comment or a joke or pay homage.

In this new series of works on paper, Panos Papadopoulos (1975, Athens) portrays indoor environments that are snapshots of his everyday life, spent in his studio and his home. The result is a series of drawings where the human figure or body parts are placed in rather empty spaces to emphasize loneliness and uncertainty of the artistic life as for the times we are experiencing. The subjects of isolation and alienation are underlined through his minimalistic depictions and the almost absence of colour.

Raymond Pettibon (1957, Arizona) is known for his comic-like drawings with disturbing, ironic or ambiguous text. He draws inspiration from American culture and different art forms using elements from literature, art history, philosophy, religion, politics and sports. Anti-war messages in the form of political cartoons alternate with drawings that involve pop and commercial culture, often incorporating classic texts by authors. While many of Pettibon's works include legible text with varying obscure and implicit messages, others remain abstract, or purely figurative.