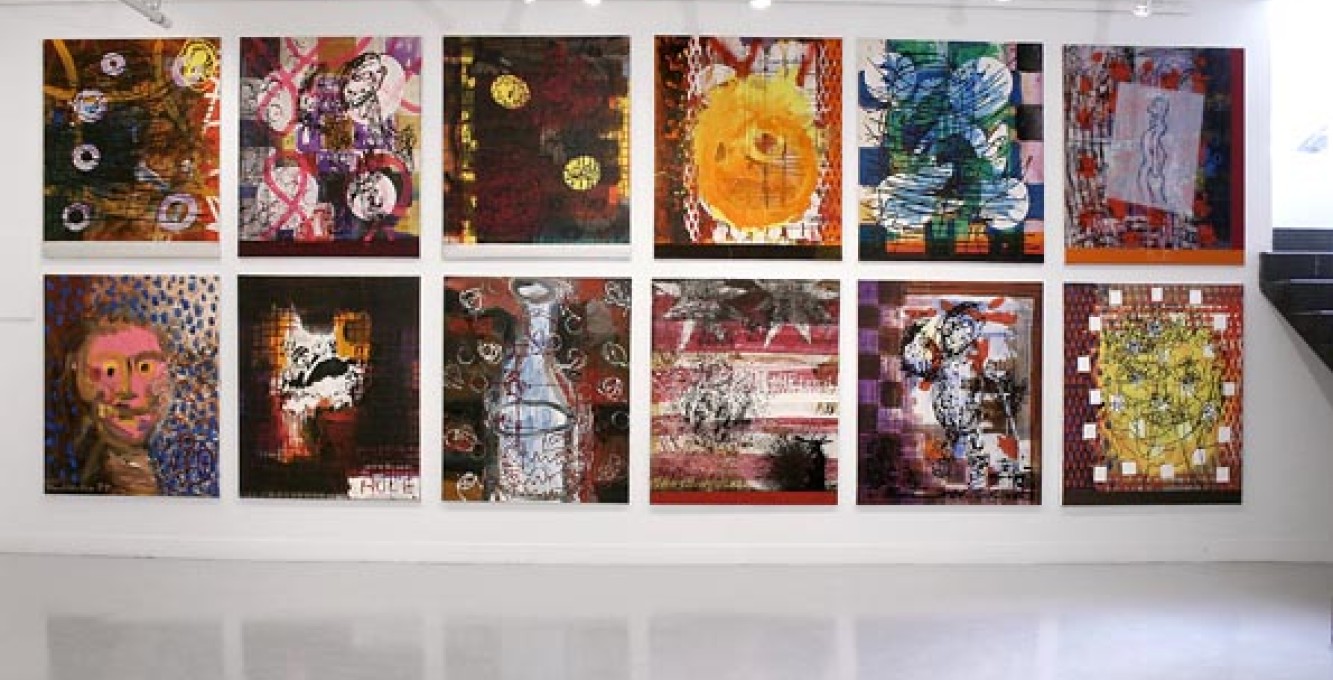 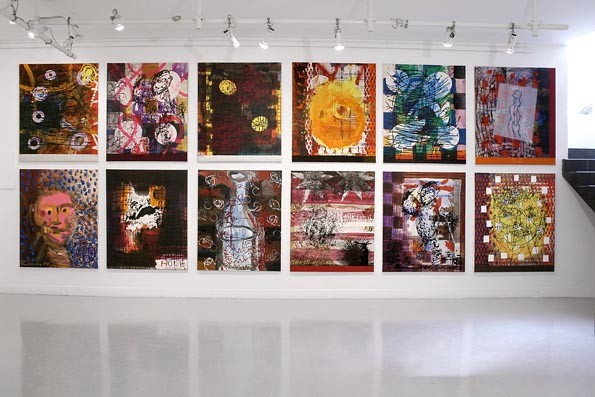 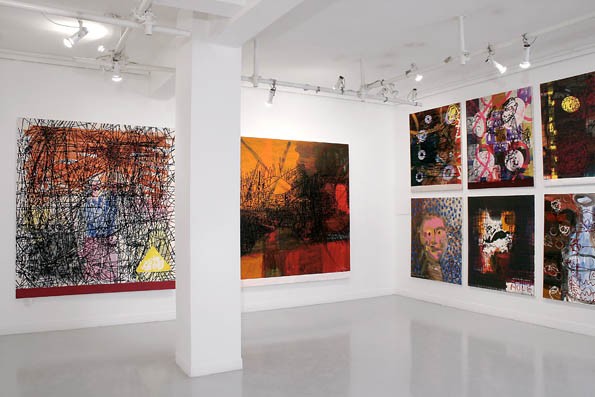 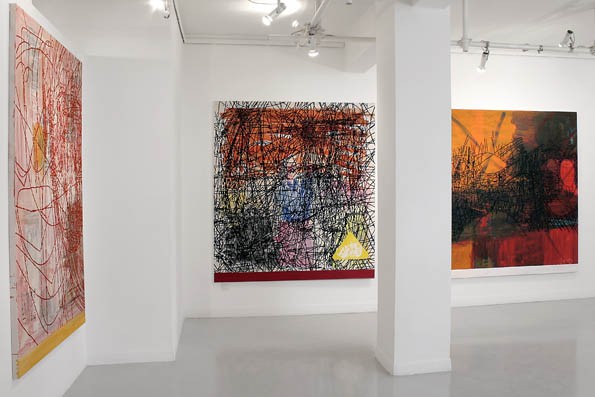 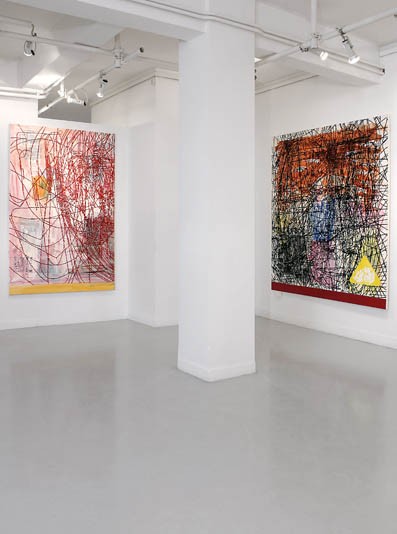 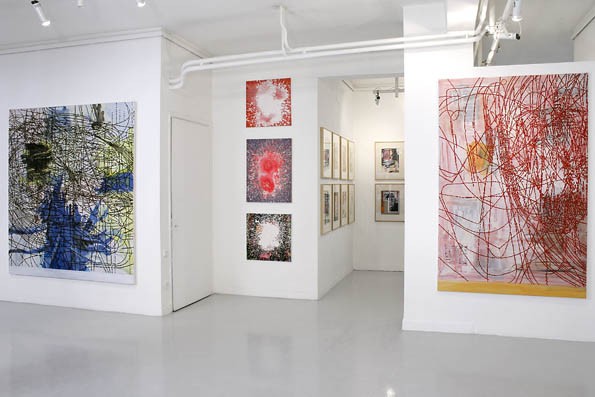 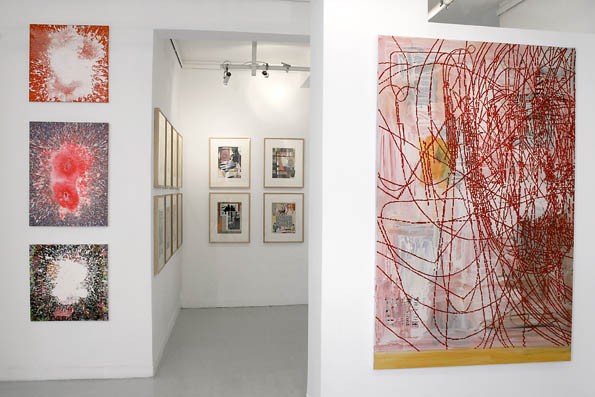 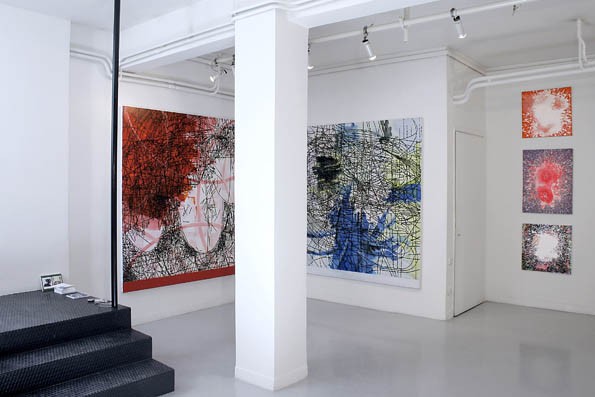 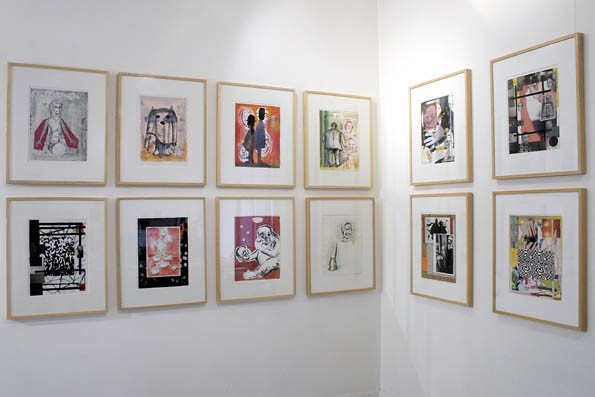 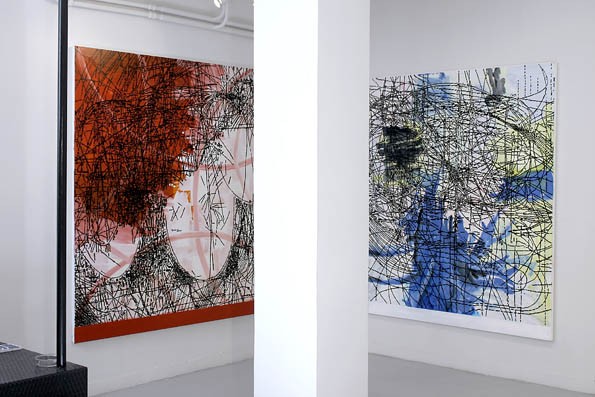 Helmut Middendorf was born 1953 in Dinklage of Germany. He studied painting from 1973- until 1979 in the School of Fine Arts in Berlin with Professor K. H. Hodicke. At the beginning of his Carrier he appeared very dynamically in the art scene as member of the artistic group "Neue Wilde", an neoexpressionistic movement, which in the middle of the 70’s created the Berliner Gallery "Galerie am Moritzplatz". The group proclaimed a "Heftige Malerei" (Violent Painters), which soon earned reputation for their bold, gestural painting. Helmut Middendorf pictures of the early period combine strong colors, powerful contrasts and wide brushstrokes. They vary in series themes, which are taken from the direct environment and personal experience of the artist, like night life in a big city, rock concert scenes etc.
In the early 80s Middendorf moved to New York. He abandoned his colorful, expressionistic work and turned to black and white paintings. Later he experiments with a series of collages, which combine expressionistic elements from the earlier work with elements from the black and white paintings. At the beginning of the 90’s Middendorf moves to Athens where he lives today and paints a series of paintings with gray color. The series express his confrontation with Athens in a very abstract way.

In his current exhibition Middendorf will present a new body of work in which composition, abstraction and humor could be seen as its main characteristics. He paints with many color layers, abstract structures, he sheds the colors, projects slides on the canvas, works with lines or blots that cover each other and react. The starting point is sometimes a small scene of the everyday life, which doesn’t always play the protagonistic role but is transferred in the periphery of the painting.
The series "Madly" and the bigger paintings with the title "PL painting" follow the logic of collage and gesture painting and their subject matter show strongly the element of abstraction and sarcasm. In many paintings the viewer can recognize comic figures and other accidental images that are not always recognizable because of their abstractive viriations, which express the mood of the artist to be sarcastic through these images towards the mass of the unimportant banalities surrounding us.

In the paintings of Helmut Middendorf dominate bright and intensive colors and the observer could recognize the technique of "Multiprojection" with which the artist composes multilevel layers. About the strong and bright colors Middenorf said in an interview the following: "The use of color in painting doesn’t mean anything else than to entertain. When you paint you want mainly to entertain and surprise yourself."