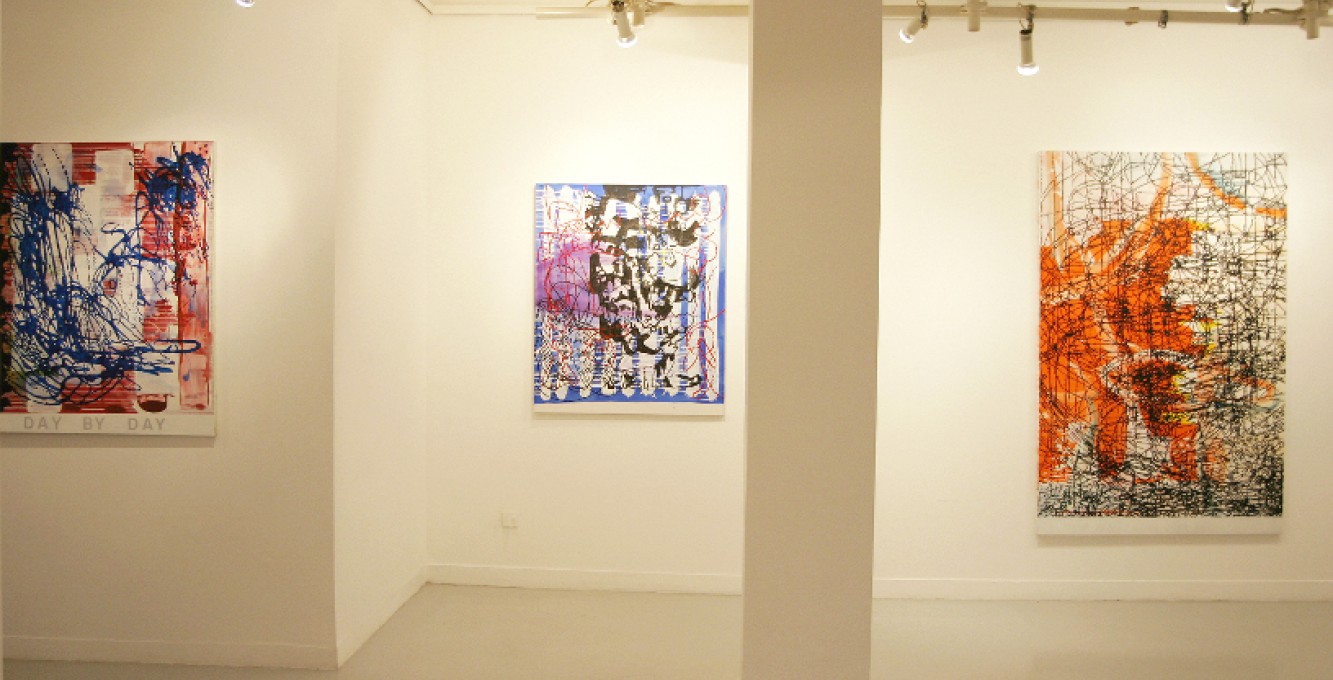 Eleni Koroneou Gallery is pleased to announce a solo exhibition of new paintings by Helmut Middendorf.
Helmut Middendorf is famous since the end of ‚Äò70s as one of the founding members of the Galerie am Moritzplatz in Berlin.

Middendorf‚Äôs work can be divided into 5 periods.
The first period starts by the end of 70s and the beginning of ‚Äò80s, when Middendorf painted works in large dimensions with vibrant colors and subjects taken from everyday life.

The second period is the one, which begins in the middle of ‚Äò80s with the appearance of his large black and white paintings that made a surprise due to the complete absence of color. The artist himself in an interview he had with the art historian Elena Papadopoulou - published in the catalogue of his exhibition in the Museum of OLDENBURG- said the following: ‚Äò I have always liked to work in series, in chapters. I like to change directions, change the style, to look at things from different point of views‚Ä¶I don‚Äôt like clich√©s, I am always looking for new ways of expression that many times surprise my public.‚Äô

The third period covers his work with collage; here we can find elements of both previous periods: on the one hand of his expressionist work and on the other hand of his black and white paintings. A part of this work was shown in the gallery Volker Skulima in Berlin and Annina Nosei in New York, at the beginning of the ‚Äò90s.

The fourth period is distinguished for the brightness of the colors, the tendency for abstraction and its sarcastic content. This is the part of his work that is going to be presented in this exhibition; it consists of a series of small and large paintings with strong colors.

The fifth period relates to photography, but this period cannot be simply framed in terms of time. Middendorf is involved with photography since he was an art student just as he was involved with film, which used to teach for two years in the School of Fine Arts in Berlin. An indication of this work was shown in the group exhibition, dedicated to German Art, that was organized by Hellenic Art Galleries Association curated by Veit Loers and took place in Gazi.

Middendorf himself, when he was asked about the diversity of his art, said the following: "From the beginning there was the relation to the human figure, to architecture, city and music. Simply said: Urban depravity and Conditio humana. The whole high and low aspects of the theme. And in the whole, how I changed my work over the years, you see the variation of attitudes".