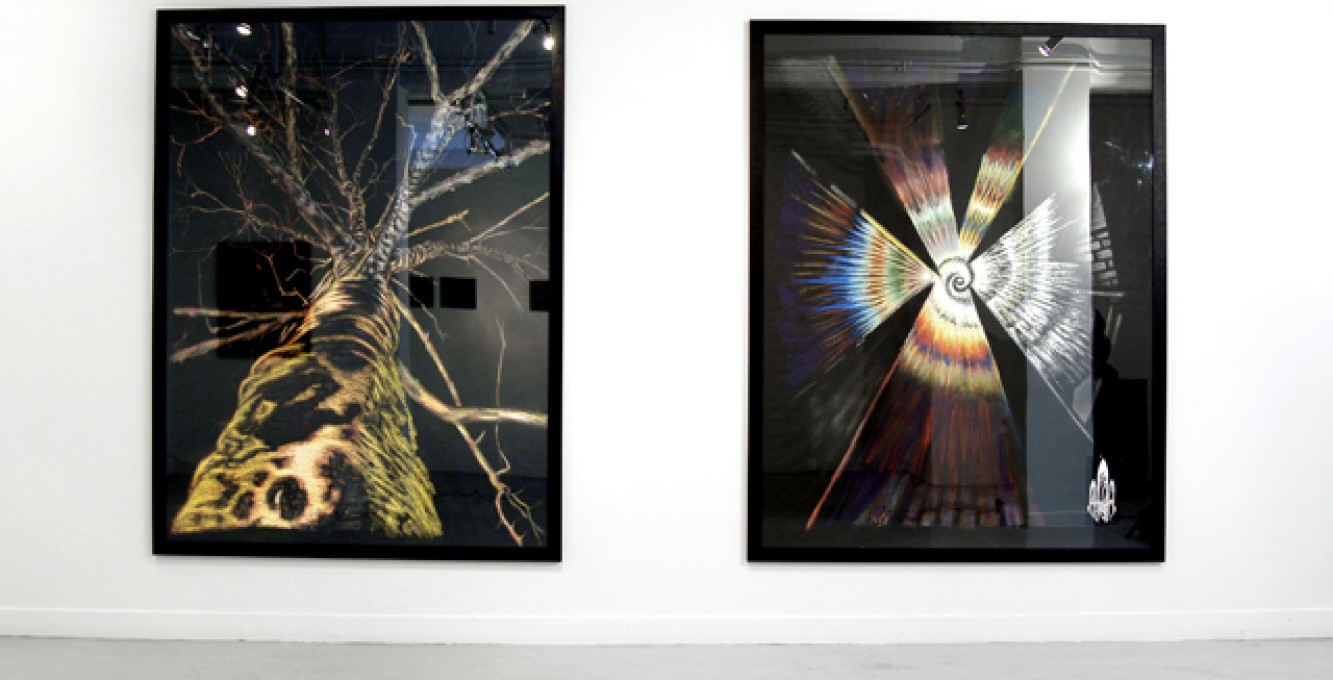 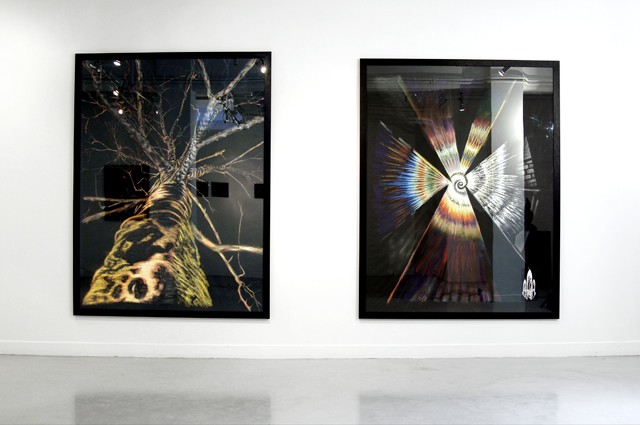 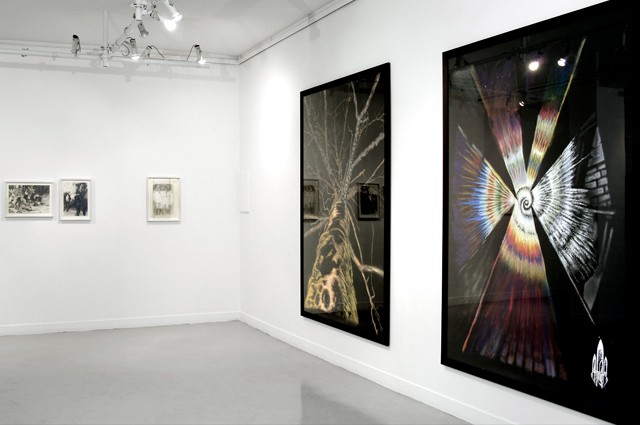 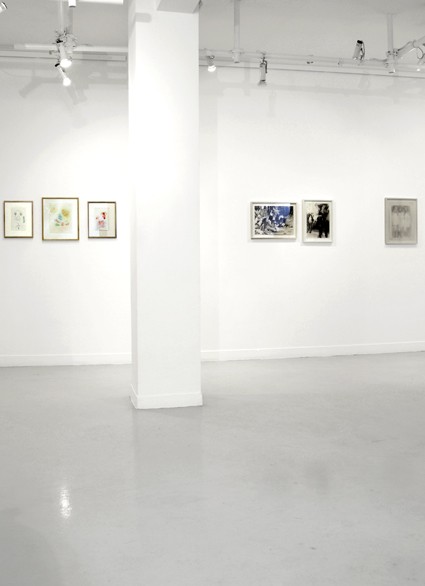 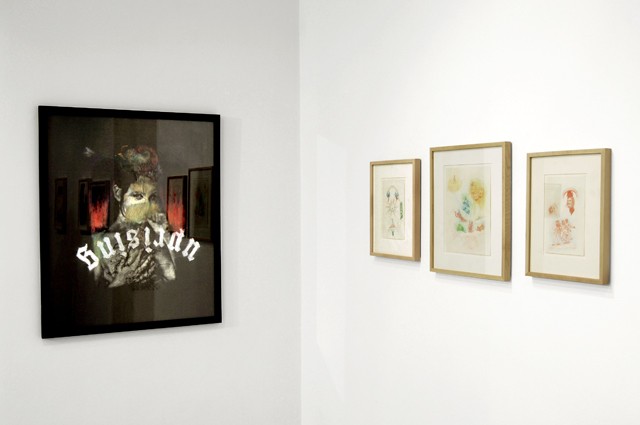 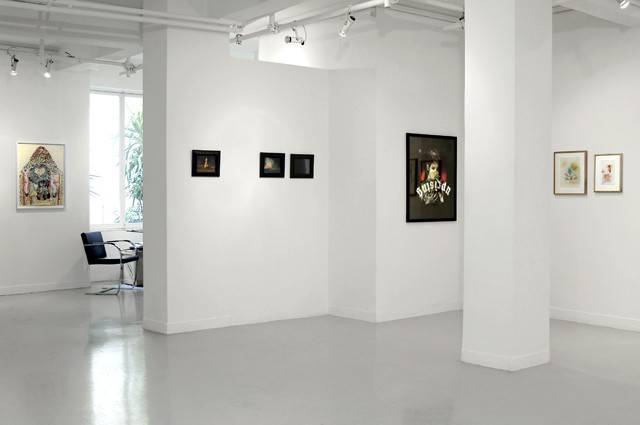 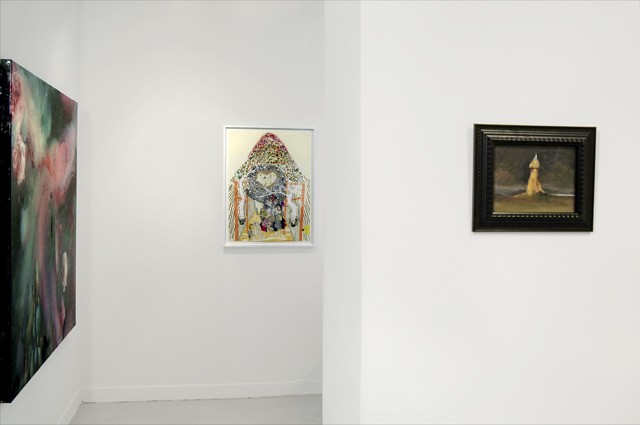 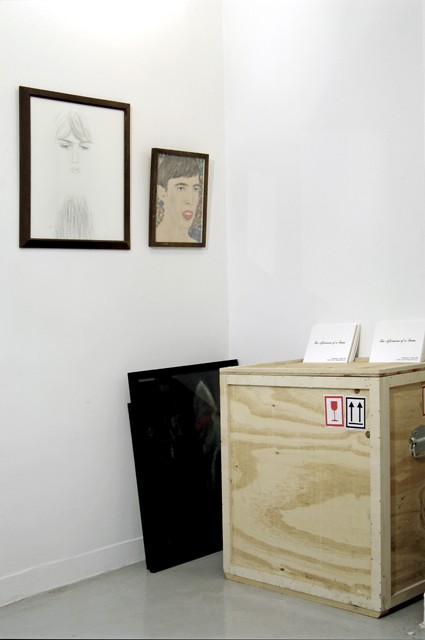 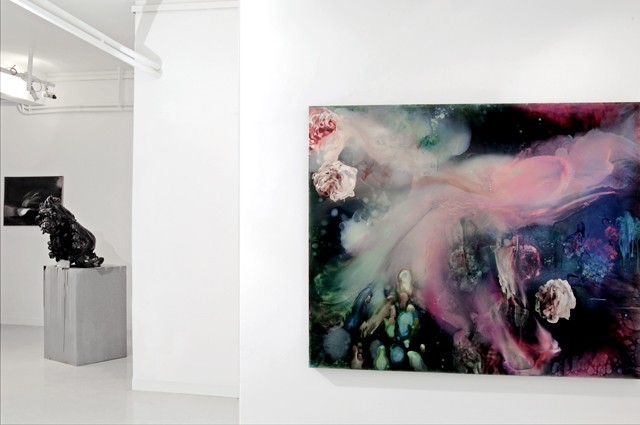 Eleni Koroneou Gallery is pleased to announce the group show with the title L ’Apres midi d’ un Faun / The Afternoon of a Faun, curated by Aphrodite Gonou.

In his poem L ’Apres midi d’ un Faune/ The Afternoon of a Faun, Mallarme transports us to dreamy worlds of satyrs, nymphs and mythical landscapes. Its suggestive ambiguity and sense of mystery have made it into one of the quintessential Symbolist poems; inspiring the sensual Debussy prelude and the overtly sexual Nijinsky ballet of the same title. Symbolism, as a continuation of Romanticism, rejects ordered rationality and classical formalism for imagination and emotion and the exploration of the sublime, while following the darker side of Romanticism, the mystical, the esoteric, the grotesque, the nightmarish. The world of artists like Puvis de Chavannes, Redon, Moreau and Fuseli and writers like Beaudelaire, Mallarme, Poe, and Novalis is the world of poetic metaphors, evocative subjects, mystery, dark dreams, and dark fairy-tales. The show, taking as starting point Mallarme’s poem, brings together young artists who also explore the imaginary, the mythological, and the emotive in their work. Symbolism and Romanticism came out of the rejection Neo-Classicalism with its priority to reason and the intellect. Similarly, the young artists of this exhibition seem to be seeking an aesthetic language to challenge the analytical discourses of the 1980s and1990s.

Lali Chetwynd Born in London, 1973, lives and works in London.
Chetwynd’s paintings and exuberant performances explore notions of the grotesque. Her small scale paintings are part of the ongoing series Bat Opera, depicting an imaginary world of a swarm of invading bats. Chetwynd’s choice of the term Opera, her colors and even the framing she uses, give her work a Baroque theatricality. Chetwynd says she is interested in ideas of ugliness. The bats were chosen as protagonists in a mini-drama for their freakish appearance and their connotations of horror and fear. However, these same elements are challenged by a strong sense of warmth and wit in her work.
Chetwynd was included in new contemporaries, 2004; Beck’s Futures, 2005, ICA; and has been invited to participate in the Tate Triennial, 2006.

Jeff Davis Born in Hanford, California, 1967, lives and works in Brooklyn, NY.
Davis uses pencil on paper, creating ethereal but at the same time monstrous and surreal clusters of mythological figures, disembodied heads, skulls and gaping mouths. His apocalyptic drawings, even though ghostly, mystical and orgiastic, have a nonchalant quality; like purposeless doodling. Huge eyes, religious references to God’s Judgement, hover over the figures; but these eyes are cartoonish, attached to frozen, terrified smiles that give them a sinister quality, reminiscent of Odilon Redon’s grotesque drawings.
Davis was included in Greater New York, 2005, P.S. 1, New York, 2005.

Kaye Donachie Born in Glasgow, 1970, lives and works in London.
Kaye Donachie’s work explores coercive power structures, whether within sinister groups like the Manson family, the hippie movement or even artistic groups like the Blue Rider. Her drawings, with their longhaired figures idling in serene fields, seem to be nostalgic references to alternative community experiments or romantic visions of imaginary ideal worlds. They evoke the harmony, tranquility and eternal peace of Puvis de Chavannes’ paintings, but her figures seem to be trapped in a state of yearning, waiting for answers that will never come and giving her work an unsettling quality, a brush with reality.
Donachie was included at the Prague Biennale 1, Peripheries Become the Center, Veletrzni Palac, Prague, 2003; Ideal Worlds: New Romanticism in Contemporary Art, Schirn Kunsthalle, Frankfurt, 2005; and has been invited to participate in the Tate Triennial, London, 2006

Sebastian Hammwohner Born in Frechen, Germany, 1974 lives and works in Berlin.
Sebastian Hammwohner, drawing on the tradition of German Romanticism, explores ideas of spirituality and the sublime. His mystical, brightly coloured, abstract shapes vibrate against the infinity of the black background, and seem to come out of Novalis’ poetic Hymns to the Night, a metaphysical meditation on darkness and light. Hammwohner uses an eclectic mix of imagery from folklore and epic mythology, but these are not sentimental longings, they are art historically informed meditations; as he says: “it is like drawing at the back of Kasimir Malevich’s black square”.
Hammwohner’s work was included in Strategies of Desire, Kunsthaus, Basel, 2004; Colours and Trips, Künstlerhaus Palais Thurn und Taxis, Bregenz, Museum der Stadt Ratingen, 2005; and has been invited to participate in the Berlin Biennale, 2006.

Thomas Helbig Born in Rosenheim, 1967, lives and works in Berlin.
Thomas Helbig’s work evokes a dark, mythical, poetic, imaginary world that is reminiscent of the atmosphere of Edgar Allan Poe’s writings. He incorporates objects found in dust bins and flea markets. Thrown away pieces of metal or wood become his canvases. In his paintings the figurative is dissolved into organic mysterious abstract images. The sculptures are also biomorphic abstractions. They incorporate figurative elements that seem to be in the process of being swallowed by the abject abyss of a Gothic fairy tale.
Helbig has participated in Im Helbo, Brotherslasher, Cologne, 2003; Hands up, baby, hands up!, Oldenburger Kunstverien , 2003; Painting on the roof, Museum Abteiberg, Mönchengladbach, 2003.

Andrew Mania was born in Bristol 1974, lives and works in Bristol.
Andrew Mania drawings, mostly portraits of young boys, covered with luscious floral motifs and abstract color elements, are dreamy, idealized depictions of youth and beauty. Yet, their references to pin-up porn imagery give them an element of excess and decadence. Mania is concerned with the act of looking and the need to record. He often incorporates found imagery or objects that refer either to his own memories, or family mythology, such as his mother fleeing as a refugee through Russian forests.
Mania has participated in Bloomberg New Contemporaries, Milton Keynes Gallery, Cornerhouse, Manchester, Inverleith House, Edinburgh, 2000; Jerwood Drawing Prize, Jerwood Space, London, 2002; and has had a solo show at Chisenhale Gallery, London, 2005.

Alisa Margolis Born in 1975, Kiev, Ukaraine, lives and works in New York.
Alisa Margolis’ move from NY to Amsterdam for the De Ateliers Postgraduate Fellowship, her study there of traditional 17th century Dutch paintings and specifically flower paintings, influenced her work profusely. In her paintings she explores notions of Baroque excess, how it aspires to the sublime or descends into decadence. The flowers in Margolis’ work, as in Dutch paintings, take on a number of associations, representative of both the divine and the profane. Her imagery is taken from rock concert light shows and horror movie specials; modern techniques that aim to produce experiences of ecstasy.
Margolis has had a solo show at the Museum van Loon, Holland, 2004 and has participated in The 2nd Prague Biennial, Prague, 2005; Now Is a Good Time, (curated by Dean Valentine) Andrea Rosen Gallery, New York, 2004. Alisa Margolis is currently undertaking the International Artists Residency Program at Delfina Studio Trust, London.

Simone Shubuck Born in Fort Mammouth, New Jersey, 1969 lives and works in NY.
Simone Shubuck’s works on heavy paper or old stationery paper, obsessively filled with graphite and colored pencil, bring to mind the cryptic works of Adolf Wolfli. Her imagery seems to be coming out of direct access to the subconscious and to display mystical universal truths. Her drawings, like fairy-tale landscapes, are full of imaginary birds, eyes, plants, trinkets, charms and ornaments. Her decorative repetitive patterns give the work the lusciousness of Gustav Klimt paintings, yet elements of hip-hop and graffiti culture add an element of urban, at times menacing, reality.
Shubuck was included in 100 Drawings, P.S.1 Contemporary Art Center, New York, 2000.