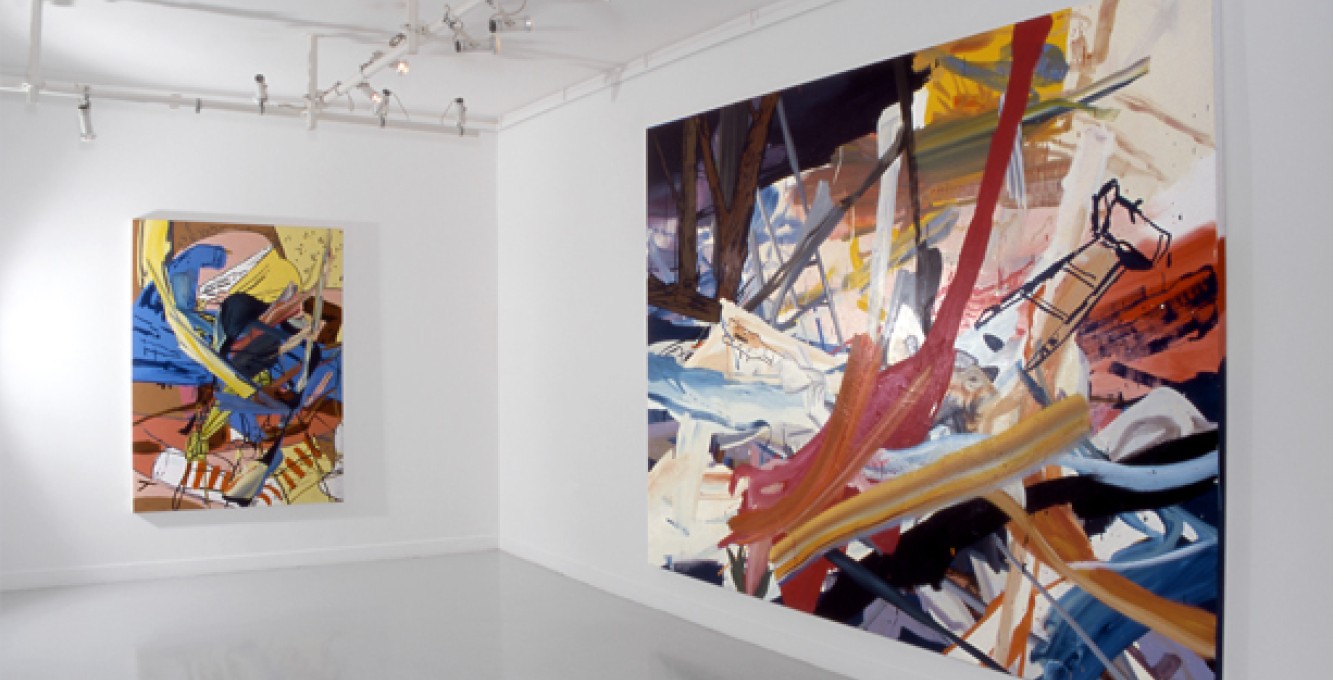 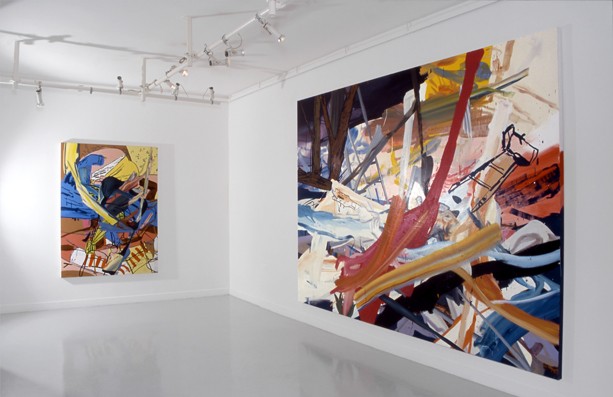 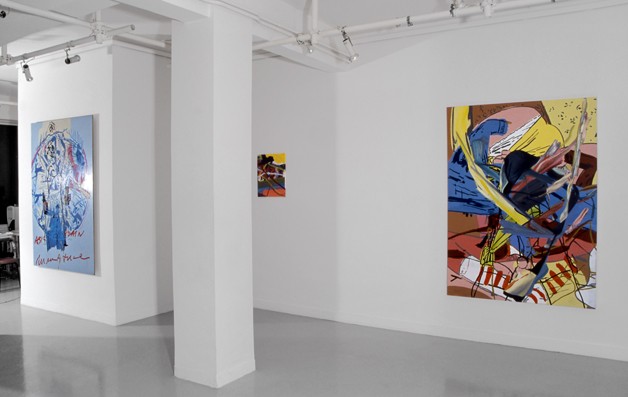 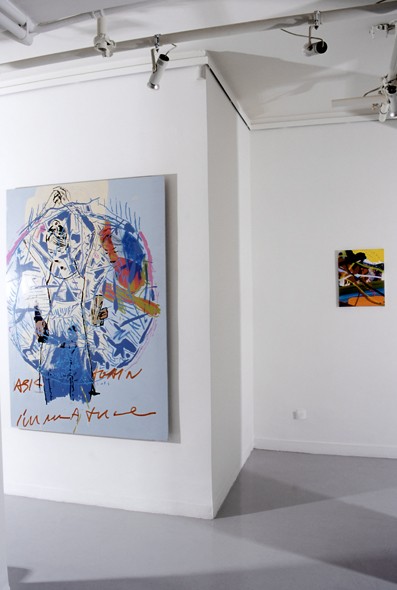 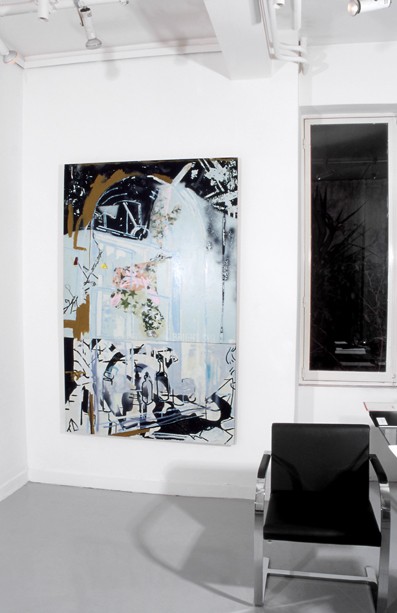 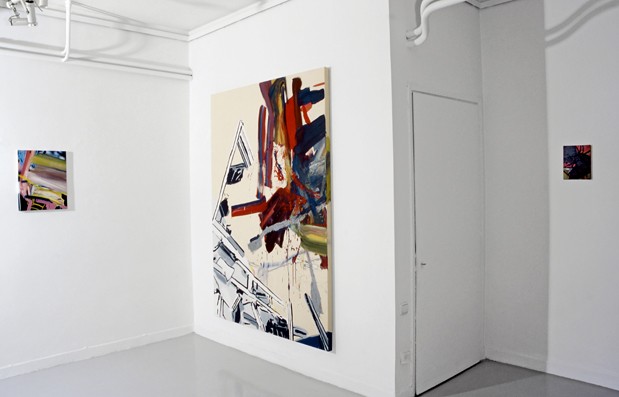 Eleni Koroneou Gallery is pleased to announce the opening of an exhibition of new paintings by Les Rogers.

At first glance, Rogers' paintings appear as peculiarly graceful yet muscular abstraction. But Rogers creates his paintings by layering images, one atop another, saturating the canvas, at times creating a kind of visual white noise. The sources are too numerous and varied for the eye to differentiate immediately. Stacked and carefully compiled, these images meld into frenetic, yet considered works that move in and out of abstraction to representation at a blink of an eye. The fine line between precision and chaos, power and collapse, destruction and creation, presents itself as a composition that is at once thought out and allowed to develop. At the same time, the random presence and physicality of a human form acts as a visceral respite from the intellectual meditations on formalist concerns.

If the viewer is strangely drawn into the space, to the eye of the storm, they may initially be beguiled by the strength and intensity of color as well as the seductive qualities of materiality. The surfaces are generous and lush, at once enigmatic and exuberant. And there are gradual revelations - one soon discovers, for example, that added to the mix are explicit or implicit references to significant works of art. Here Rogers expands on a post-modernist approach, conceding to the equanimity of images while suggesting a specific art-historical lineage. Eventually a progression is alluded to, a dynamic, impulsive beauty is revealed, and a distinct visual language becomes evident.

Les Rogers holds a B.F.A from the Rhode Island School of Design. He most recently has had solo exhibitions at Leo Koenig, New York and Karlheinz Meyer, Karlsruhe. Les Rogers lives and works in New York City.