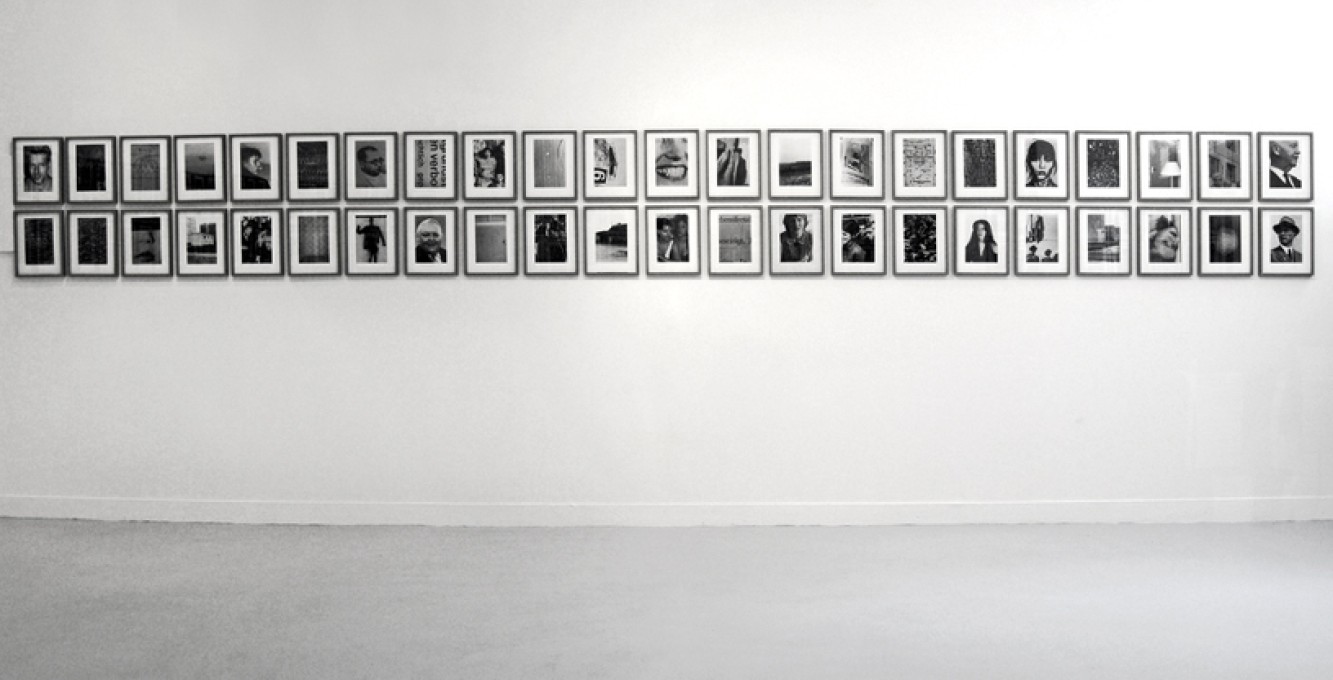 Eleni Koroneou Gallery is pleased to present the work of German photographer Michael Schmidt in his fourth solo exhibition.

Michael Schmidt was born in Berlin in 1945. His family moved to the West part of the city before the building of the Wall and the country's division in two. Michael Schmidt never studied photography or fine arts. On the contrary, he followed his family's wish and trained as policeman in Berlin. Since the early 60's Michael Schmidt begins to train himself in photography and in the early 70's he opens a studio from which his most important work would emerge.

The current exhibition at Eleni Koroneou Gallery will present the original book prints of the photographic work U-NI-TY. The whole serie was created in 1991-1994 and consists of 163 black and white photographs. It shows portraits, land- and city scapes, reproduced (often enlarged) historic rastered photographs, interiors (drawn 50's curtains, shots of empty desks, walls with some fittings or neon lights, doors of which images have been ripped off, sections of inscriptions on monuments, etc.) U-NI-TY reflects six decades of German separation and Schmidt works here with his own photographs but also with found documents and archival material, which he re-photographs, and sometimes parts of them enlarges. The earliest photographs originate from the Nazi period and the last of the beginning of the 1990er years.
The images placed together they enter into dialog about history and also about the possibilities of photography as an art form. The intention of Michael Schmidt with this work is according to him “to give history a place in the present and hopefully the future and avoid being defined as a model of the past.”

In his plain, black and white landscapes and his understated portraits, Schmidt attempts a breakdown from subjective photography and the ideologies that shaped Germany's difficult history on the 20th century. History, politics and twentieth century's ideas exist in Schmidt's work not in ideological contexts but us traces exposed to the light of camera.

Michael Schmidt has exhibited his work in many museums and art centres, including the MOMA, the Ludwig Museum of Cologne, Tate Modern and the Pinakothek der Moderne of Munich. In February 2006 he presented U-NI-TY in the 4th Berlin Biennale ‘’Mice and Men’’ and in October - December at the Berlinische Gallery.