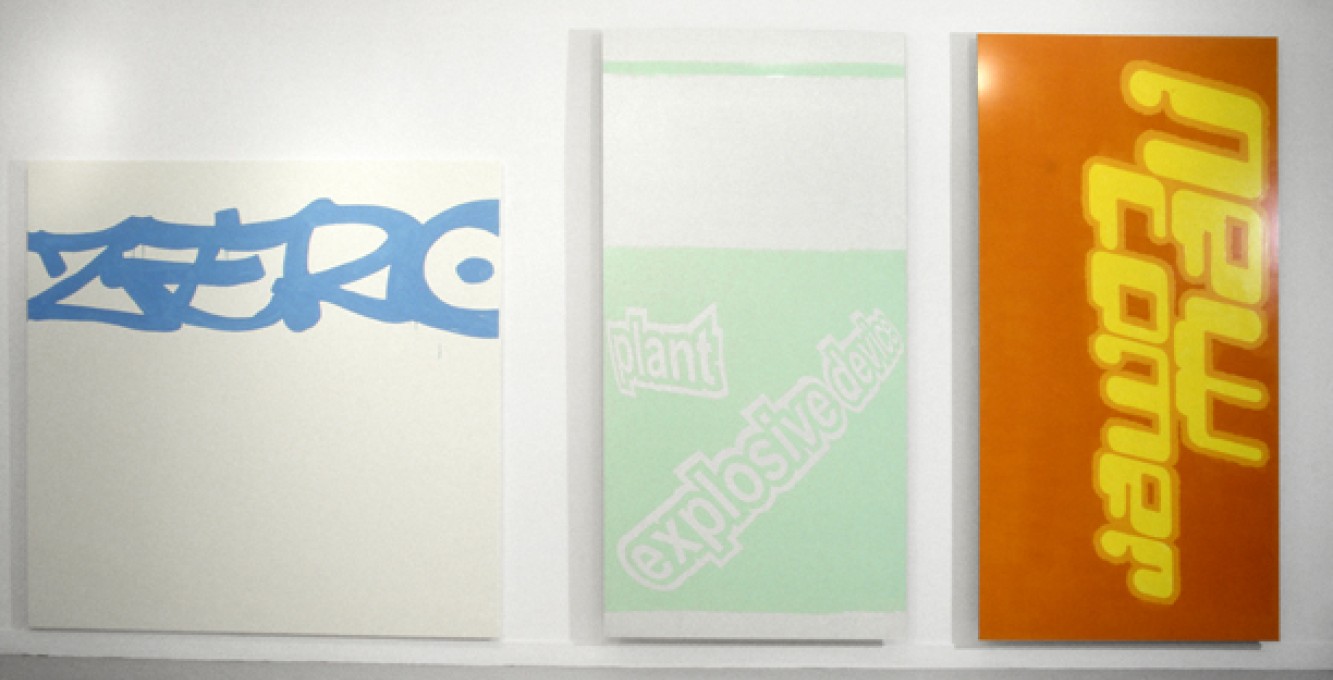 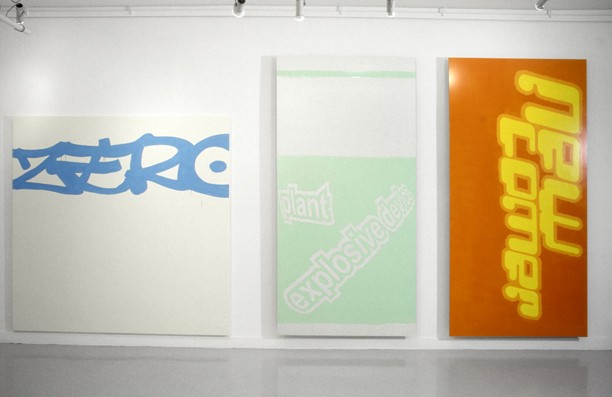 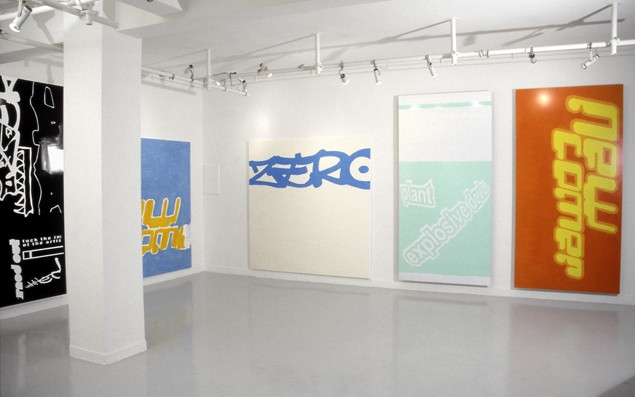 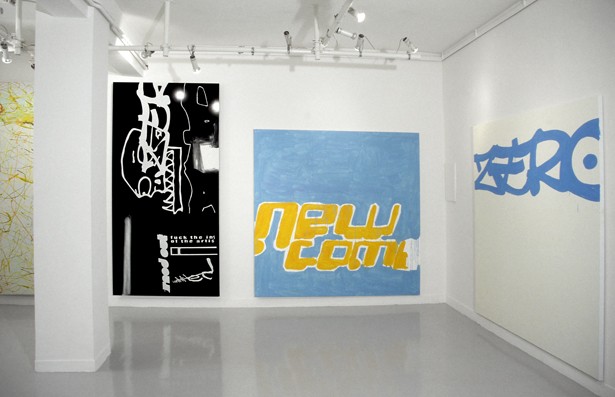 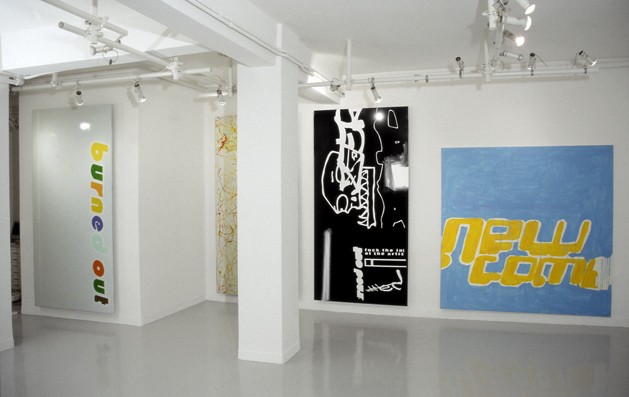 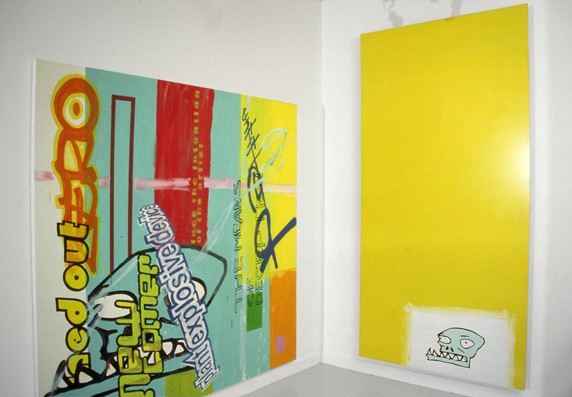 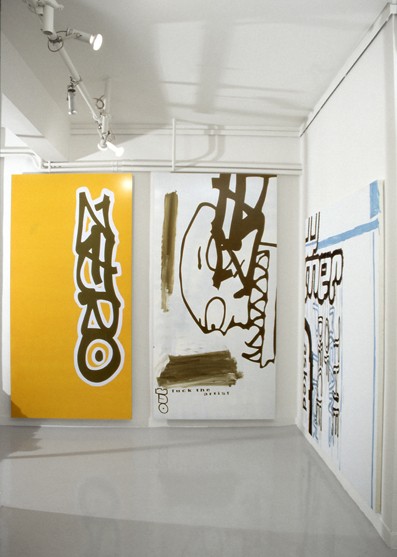 Eleni Koroneou Gallery presents for the second time the work of the German artist Michel Majerus.

According to the young painter Michel Majerus history of art has finished. The way in which he impresses his subjects does not make it easy to express them in writing. However, his references to images that we have seen before or the proposals that leaves on the wall carry us away in an indefinitely rich and hospitable present.

What exactly is that Majerus does: he appropriates history and reproduces its visual results.

The liberation of the artistic expression, which means the autonomy of the effect of the form and the color, the radical material of ‘all over’, the concept of pure painting.

The artist himself in an interview claims that in his work he is occupied with the speed of perception of present issues, which he considers to be more important than the classical ones, and he uses static images, figures of speech and stylistic elements. His motivation is the formation of a new artificial reality that exists in many different colors.