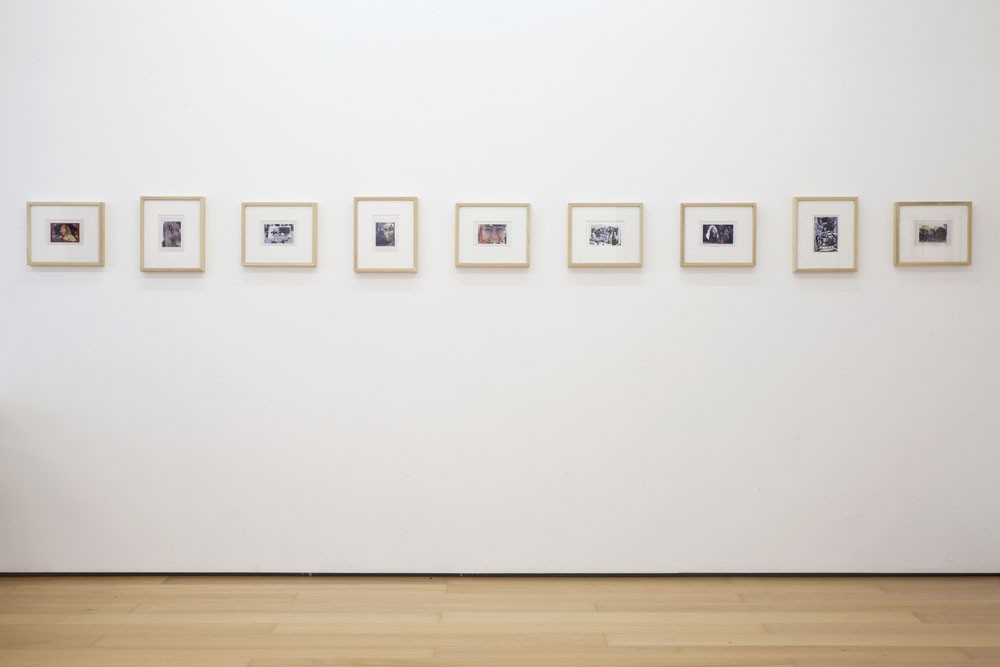 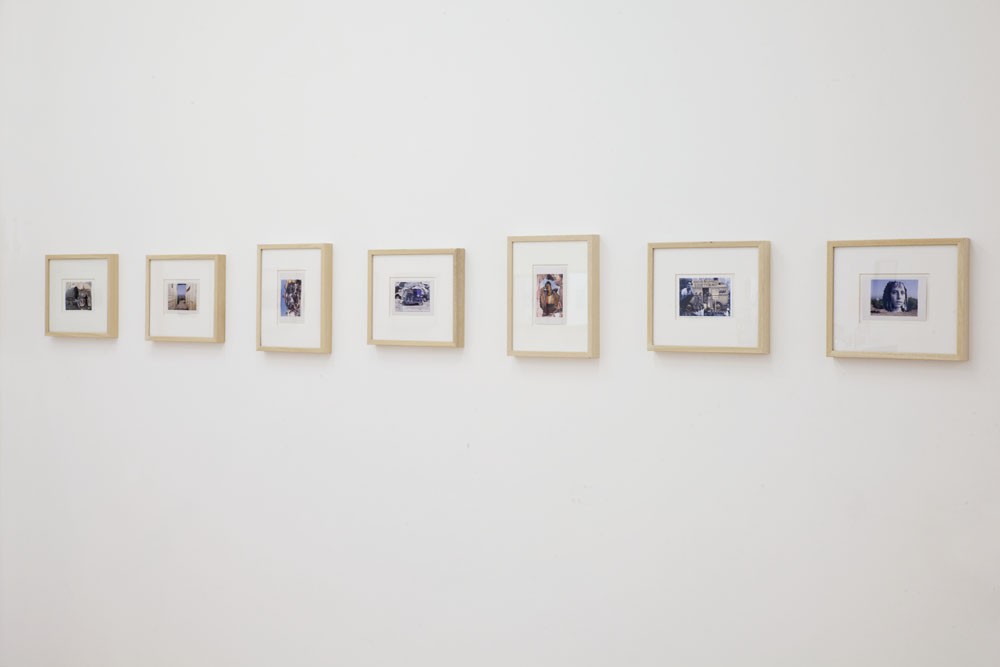 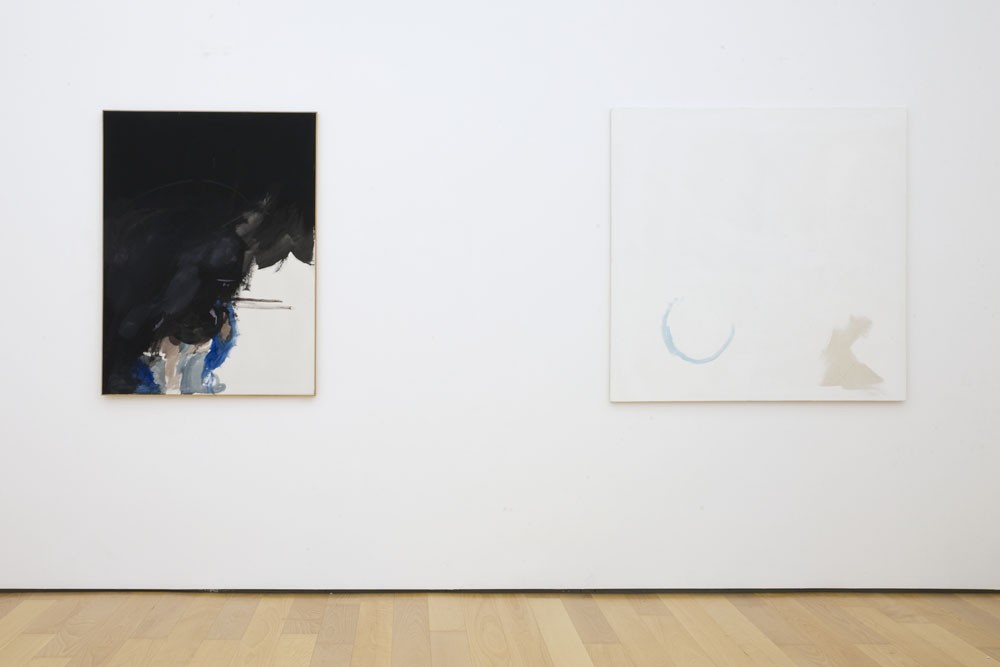 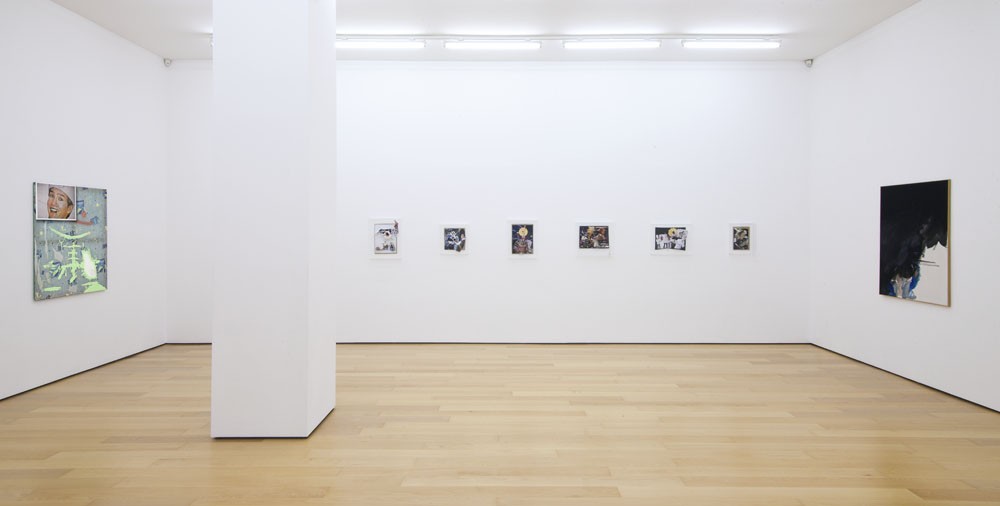 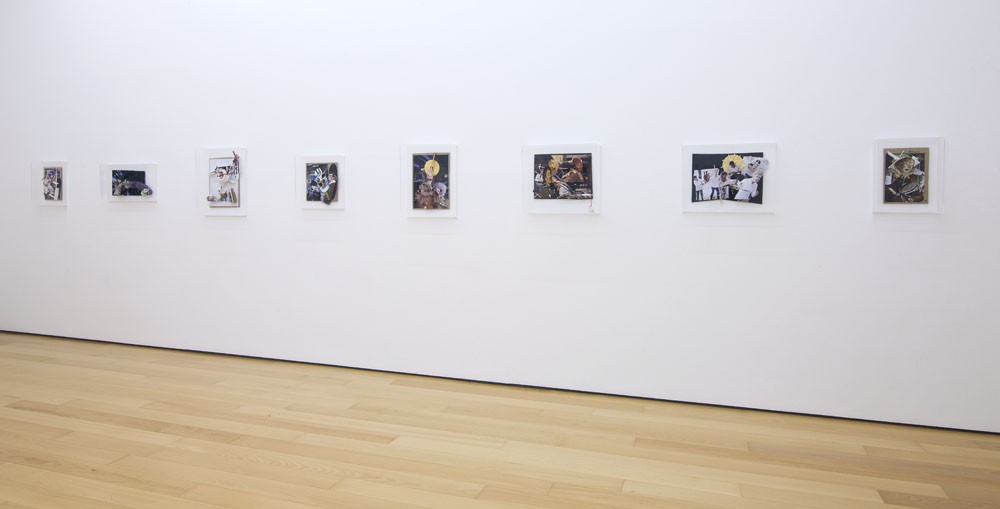 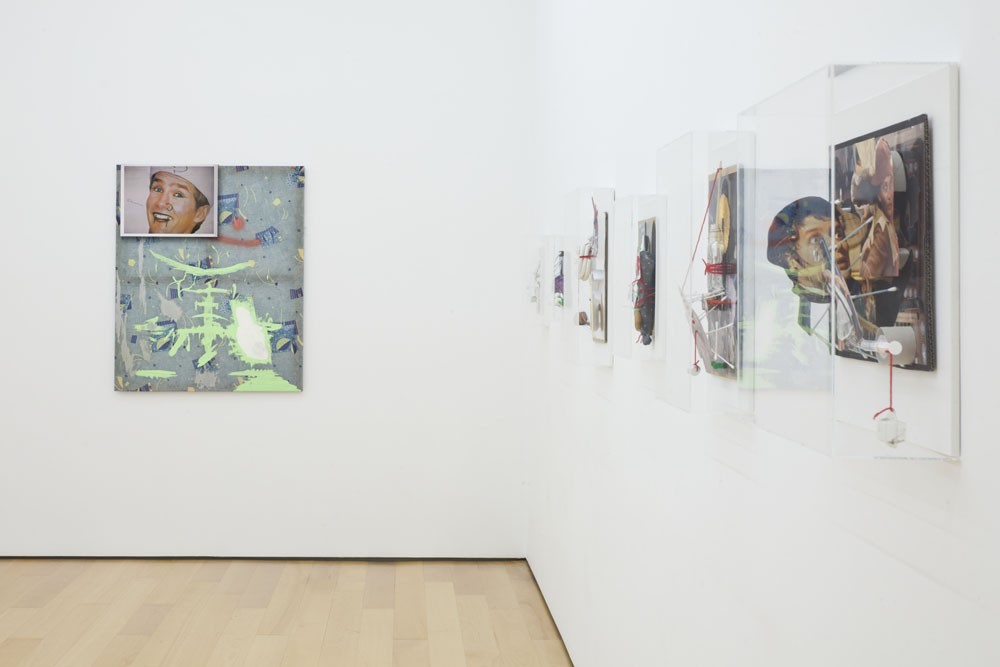 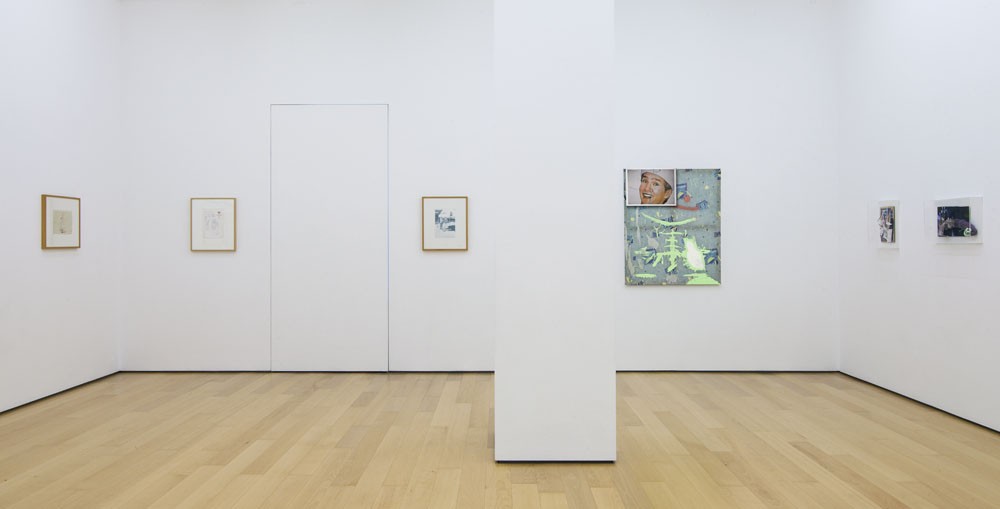 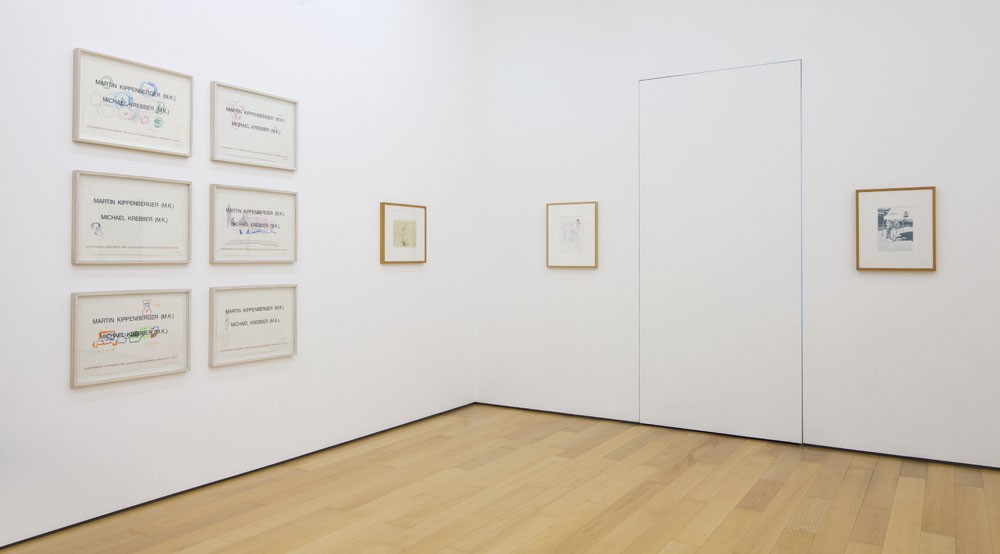 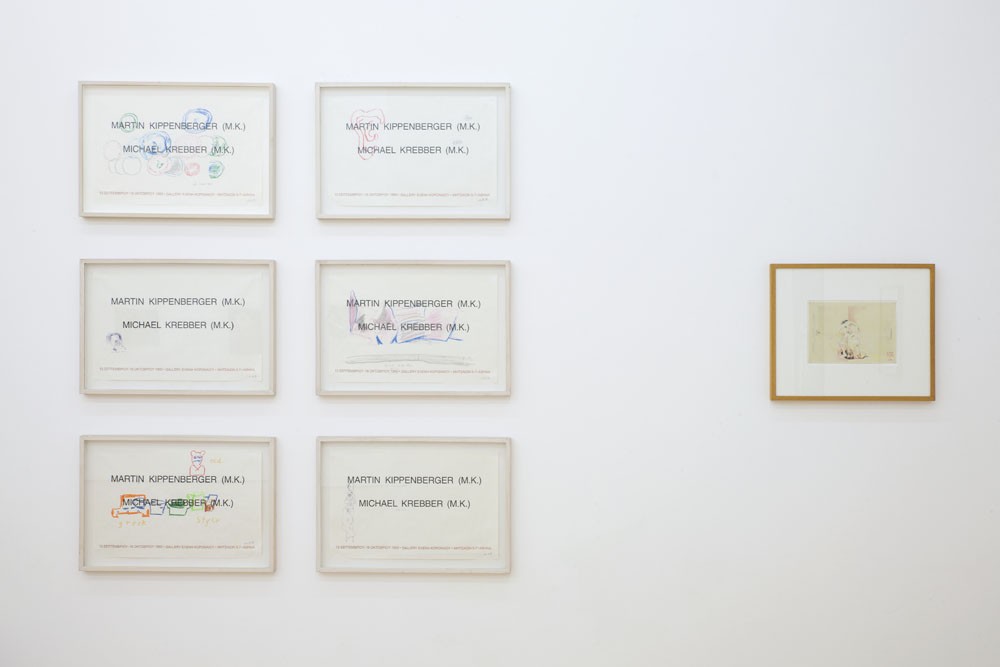 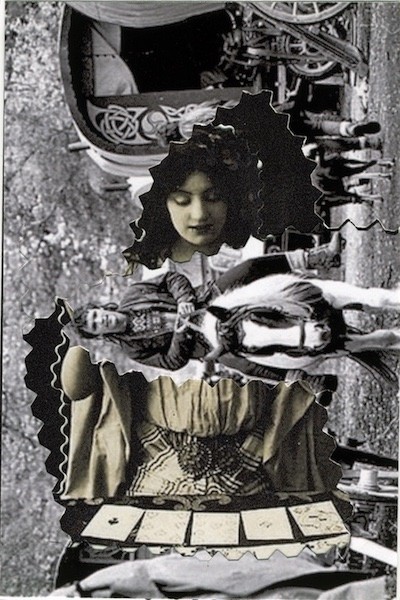 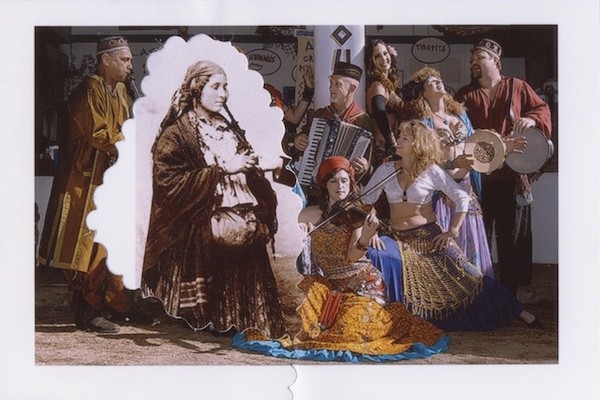 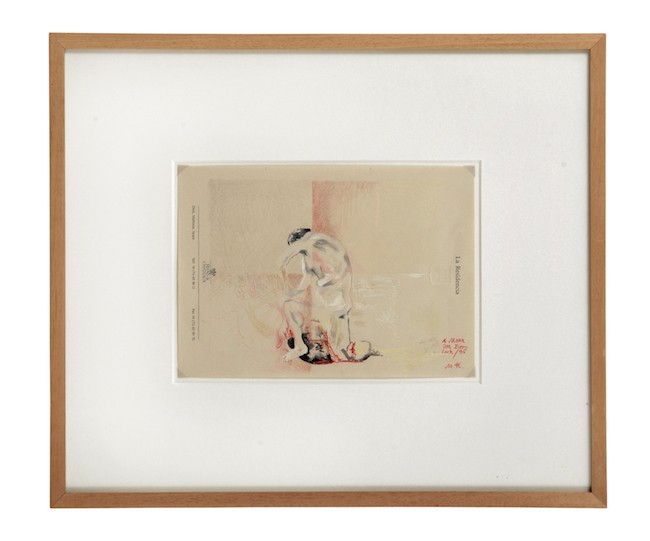 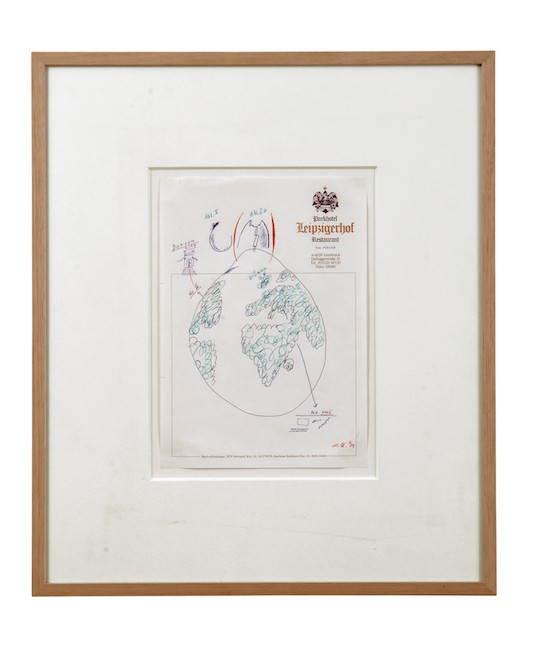 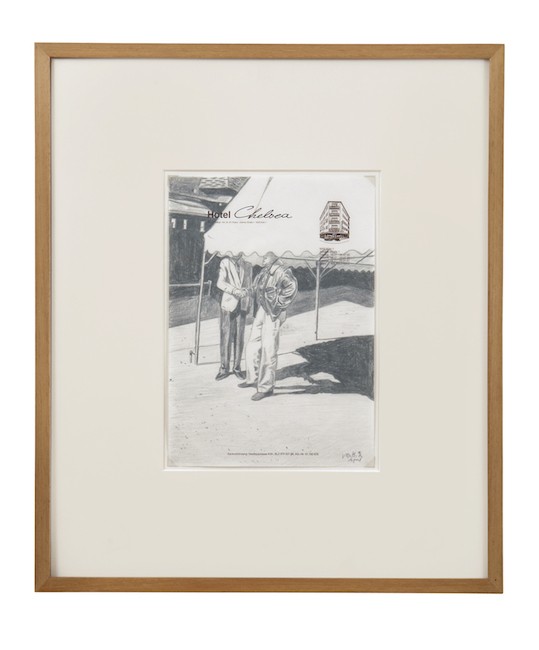 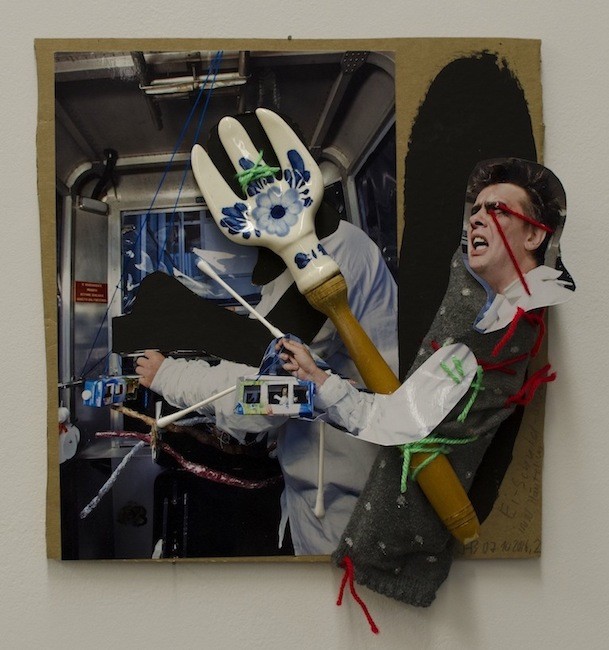 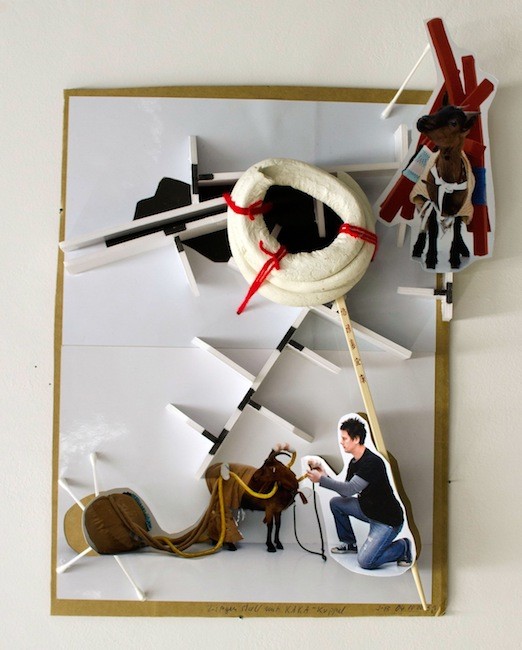 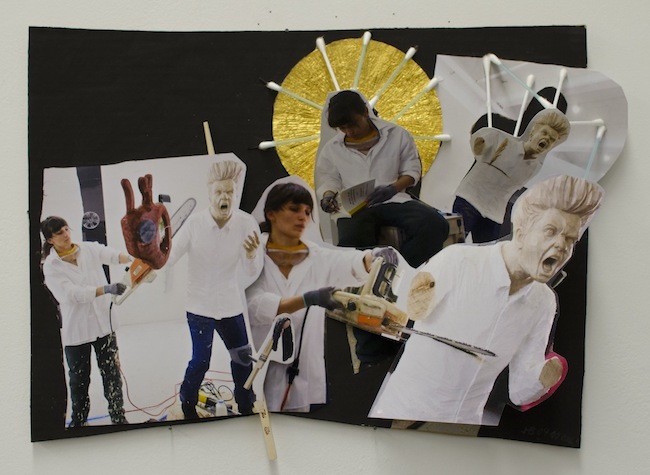 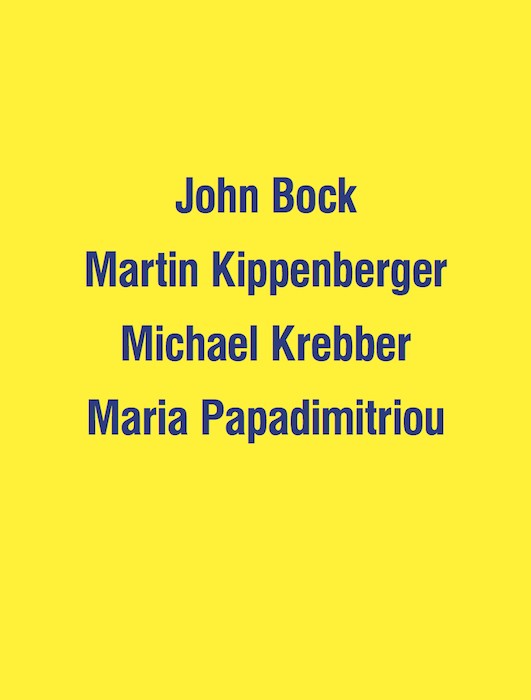 John Bock presents a new series of collages inspired by his own performances, making a self-referential journey. In his collages, the artist combines everyday consumables such as cotton swabs, threads, used bottles or empty packages of pills and creates with a humorous way exuberant compositions that derive entirely from his own imagination.

The work of Martin Kippenberger with a Dadaistic humour, irony and sarcasm refers to the contradictions of our society, including social and cultural systems, while often putting himself in the centre. His subjects are related to the banalities of life, politics, media and advertising. An integral part of his work are the hotel drawings, some of which are presented in this exhibition. Kippenberger throughout the course of his artistic practice used to make drawings on hotel letterheads. These specific works function as a travel diary of the artist as he was traveling frequently and therefore staying in various hotels.

The exhibition continues with the abstract canvases of Michael Krebber forming a tour through the history of abstract painting, as he repeatedly makes references in his works to other important artists that have influenced him, for example Donald Judd, Sigmar Polke, Rosemarie Trockel etc. The artist takes a conceptual approach to painting, challenging the limits of the medium and advocating the end of painting as he argues that he "can not invent something new and everything has already been done".

Maria Papadimitriou is taking part in this exhibition with a series of collages of a travelogue of the Roma’s - who moved from Romania to Central Europe in the early last century. The collages, in the form of postcards, compose a tactile and visual storytelling adventure, an attempt to document a fusion between an imaginary universe and a historical tradition of nomadic life.