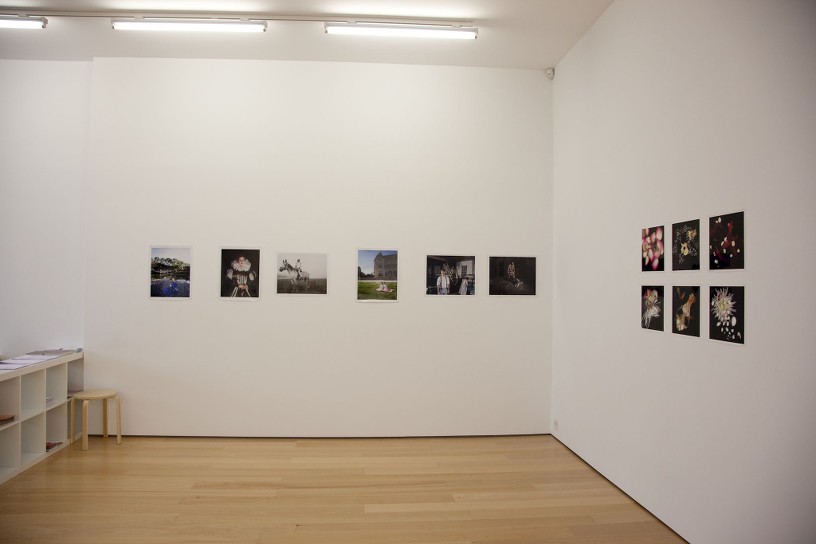 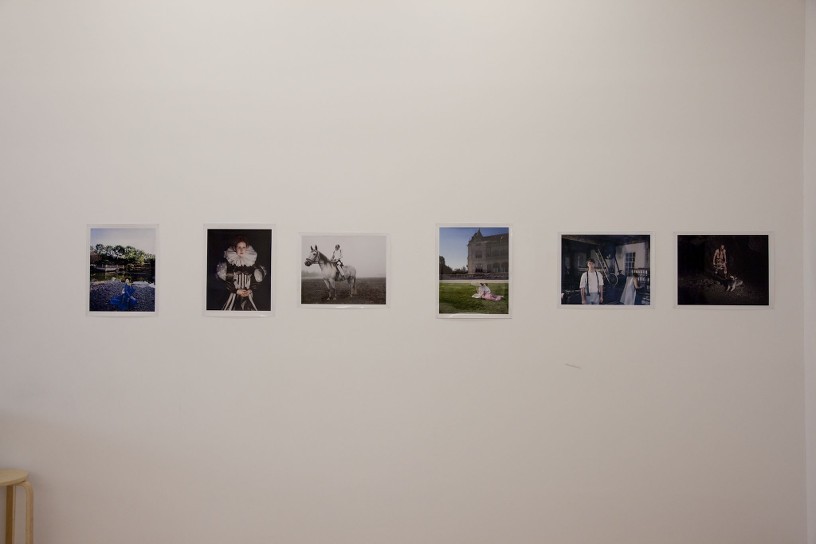 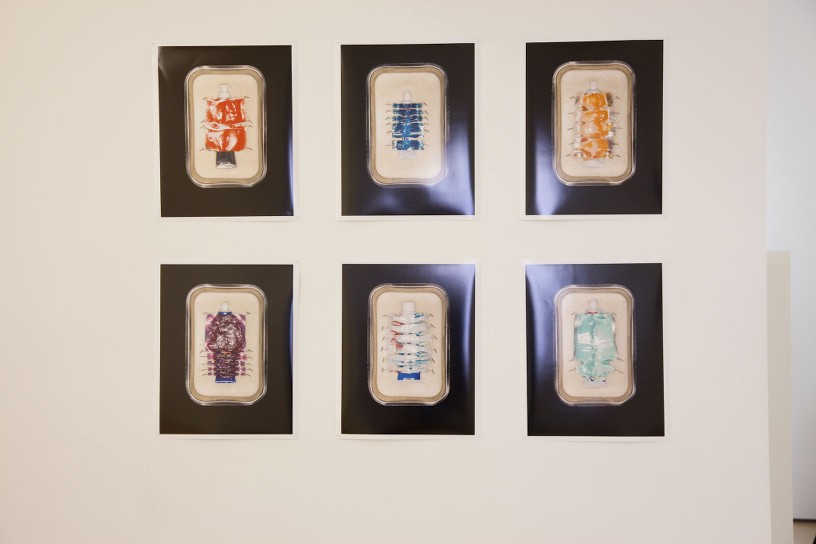 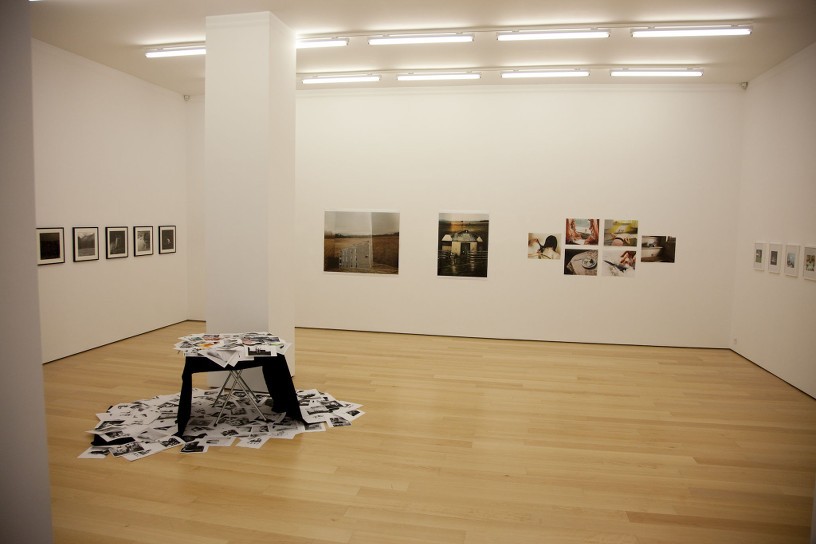 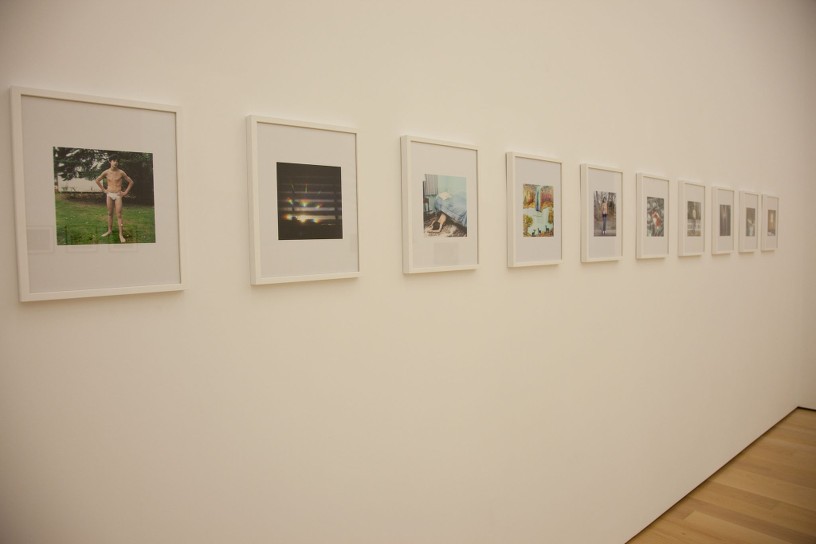 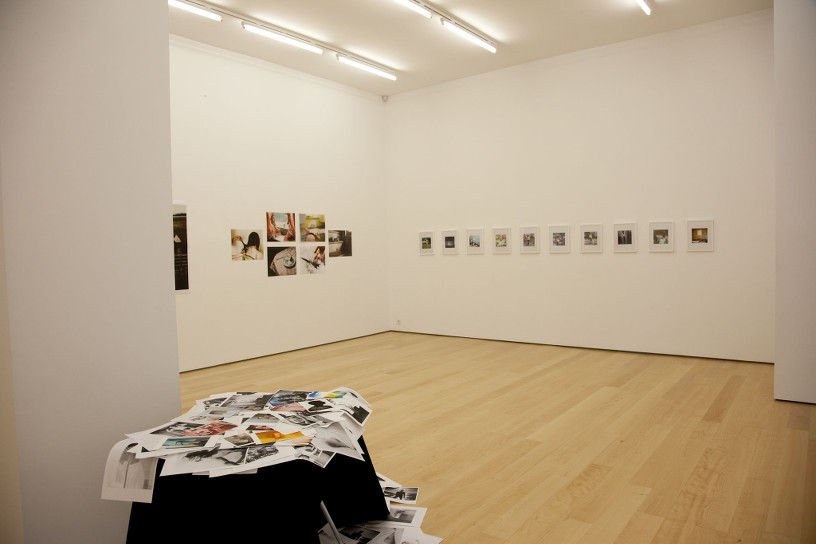 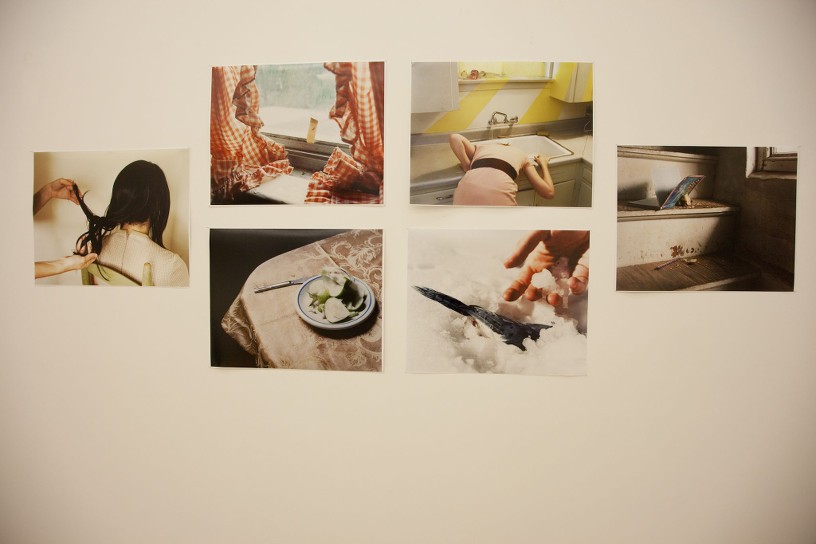 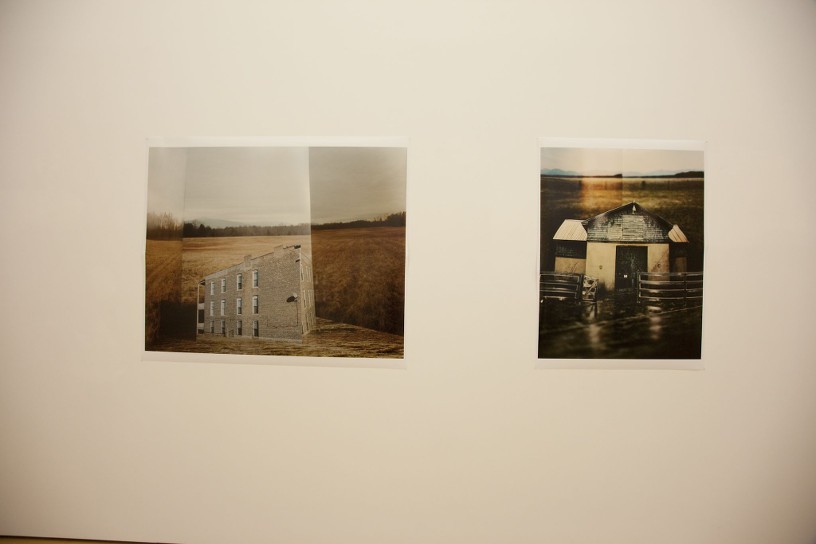 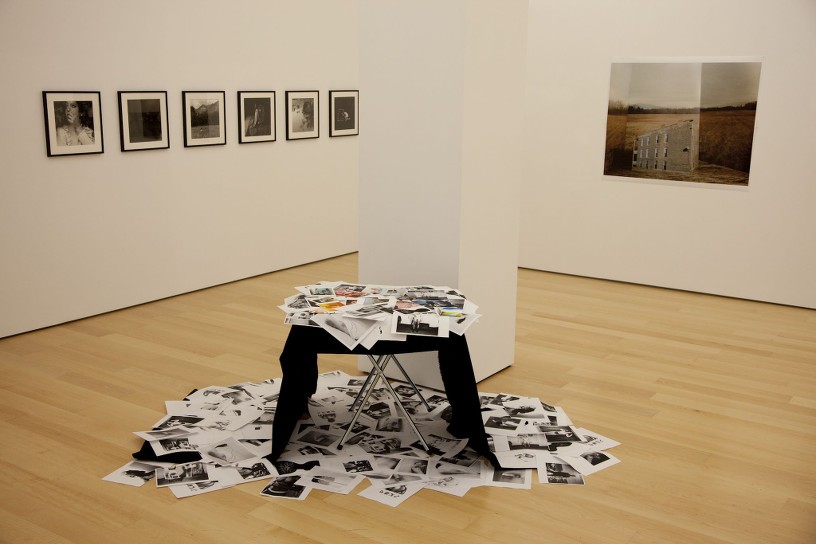 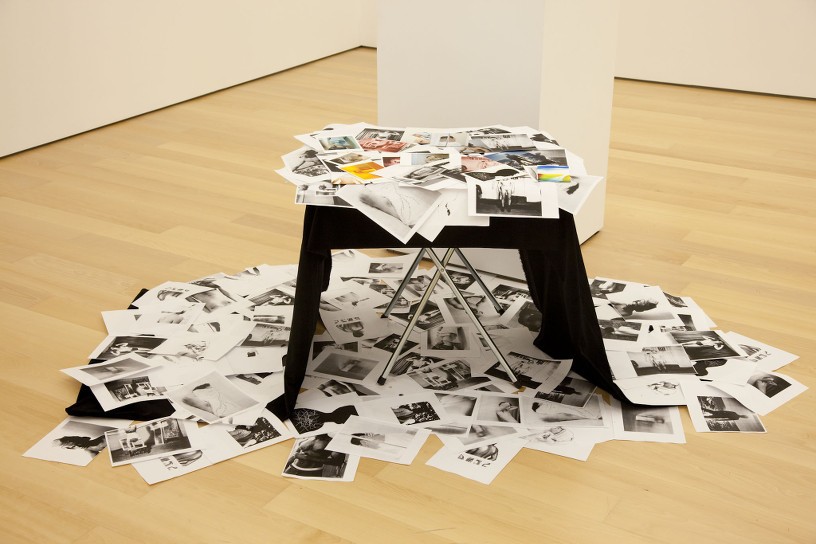 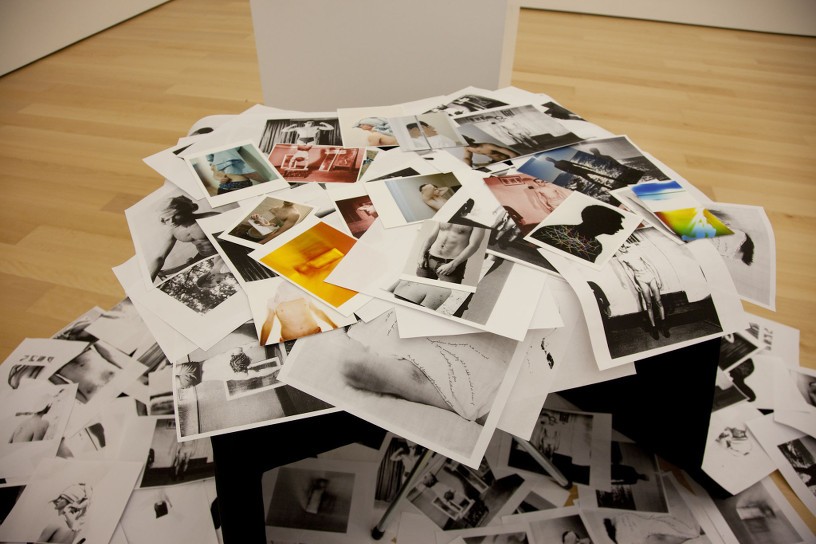 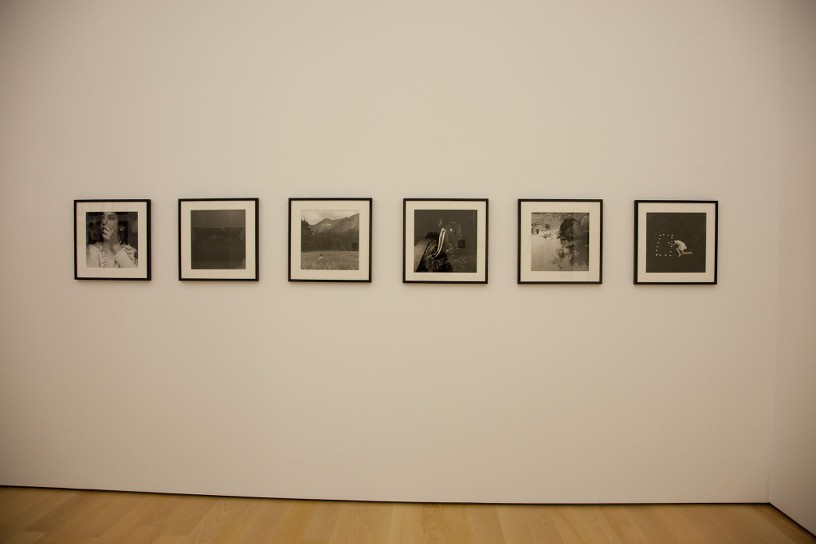 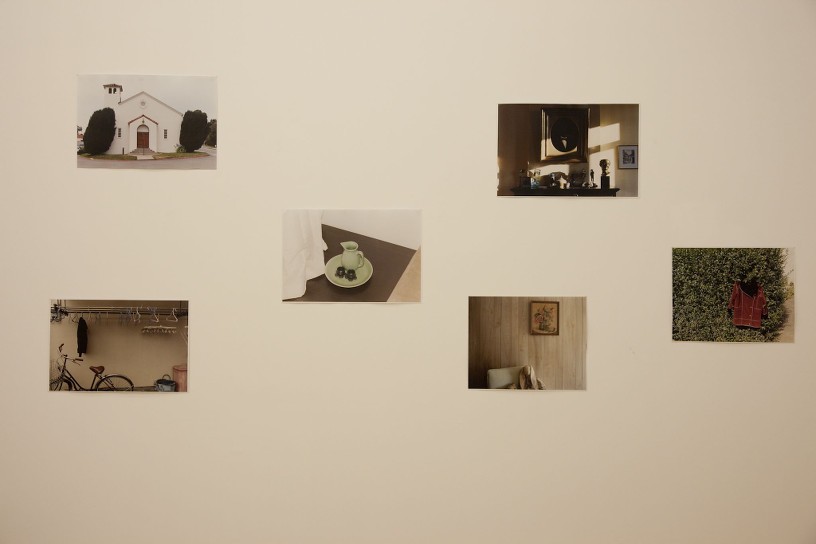 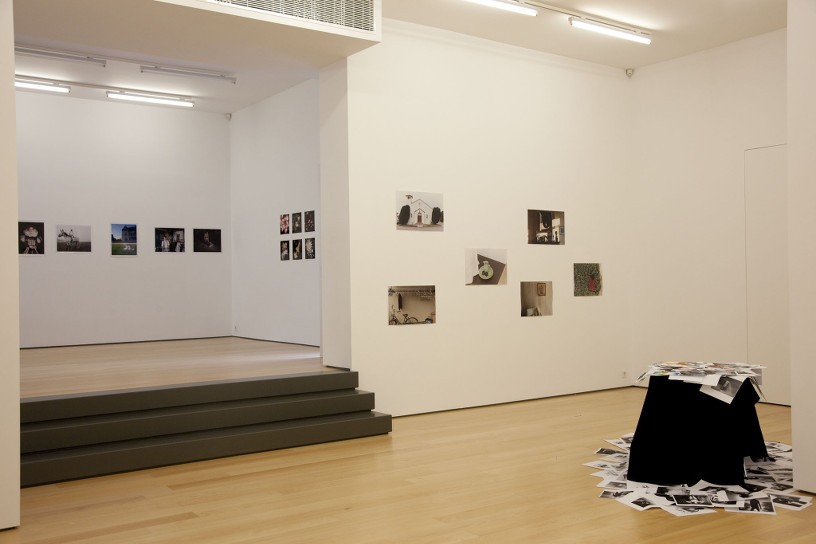 Eleni Koroneou Gallery presents the group show “Photography Next Generation” curated by the American photographer Lina Bertucci.. The exhibition focuses on the presentation of a new generation of photographers that live and work in USA. The artists express in their works existential concerns and identity issues related to family relations, identity, the process of transition to adulthood, death, religion, sexuality, memory and history.

Erik Boker in the series of photographs Naturalist’s Handbook: Product Dissections (Part I), 2008 explores the roles of art, science, taxonomy, the consumer, the museum and institution, product and marketing and our relationships with insignificant objects and materials that affect us daily. It approaches issues of anatomy and archaeology, while peeling back the skins of consumerism offers a revealed view within the plastic layers of what we consume - a delicate tension between death, health, and hygiene.

Anastasia Cazabon views her photographs as small secrets and hidden clues to an unseen world of imagined charakters. The images are based on her own childhood between the ages of 9 -15, recreating phantasies from the childhood and trying to turn the mundane into the extraordinary, as well as to contrast feelings of fear and danger, with feelings of comfort and safety.

Alana Celli explores in her work the notion of a home, a home that it cannot only represent a physical space, but also a time and a memory. Her construction of a home revolves around family and myth – her own memories are created from a motage of short stories and out of focus snapshots. Her memories have originated from comfort objects. Despite their ordinary content, they serve as a tangible form of nostalgia, items she seeks for confirmation that her memories are true.

Ellese Galleta presents a the tabletop installation of photographs and photocopies with the title I. & B. (Infuatuation & Beefcake). It is an ongoing and evolving project concerning his infuatuation with heterosexual boys and men. The photographs represent the lustful pursuit and the fantasy relationship that Galleta is attempting with them. The fact that this longing is unreturned is compensated by sharing this feeling in the form of inviting the viewer to take away copies of the images to keep.

The photographs of Lauren Jack titled In the Age of Plastic represent eras of the human history. By exploring different representations of historic imagery, and reinterpreting them, her goal is to show what exactly it means to be labeled as an age or era. By adding plastic elements in her work, Jack wanted to reinterpret history by projecting our own age onto it.

Yuta Nakajima in the series Simply Matters is inpired by the objects and spaces that are overlooked and forgotten with tme. These objects bare witness to the events and moments that describe our collective experiences.

Kate Stone used in the series with the title At The Seams photographs of domestic interiors and common architecture to construct impossible, uncanny spaces that evoke a feeling of hesitant curiosity, a nervous desire to explore the room. At first glance the rooms and buildings in these photographs appear real. Upon closer examination, however, something is clearly wrong. Distorted perspective creates incongruent angles and improbable shadows. These spaces are literally falling apart at the seams.

The black and white photographs of Christina Thurston are illustrating existential issues like the search for identity, her relationship with her mormon faith and the emotional confrontation with the death of her mother. Her photographs appears herself in different situations by wearing the clothes of her mother in order to create an imaginary world that does not belong to either the past or the future. The relationship with Mormon family, marriage, moral, values and mortality are common reference points throughout the work.

Memento Mori in Felicia Wong's work is meant to be a playful examination of the reminder of death; an omnipotent theme that has been expressed by artists since antiquity. Instead of depicting death as a condemnment, she created these photographs to celebrate transience. This project not only examines human mortality but also that of traditional photography. Felicia Wong captured these images with a scanner in attempts to bend the definition of the camera: to show how mundane technology can be used as a creative device.