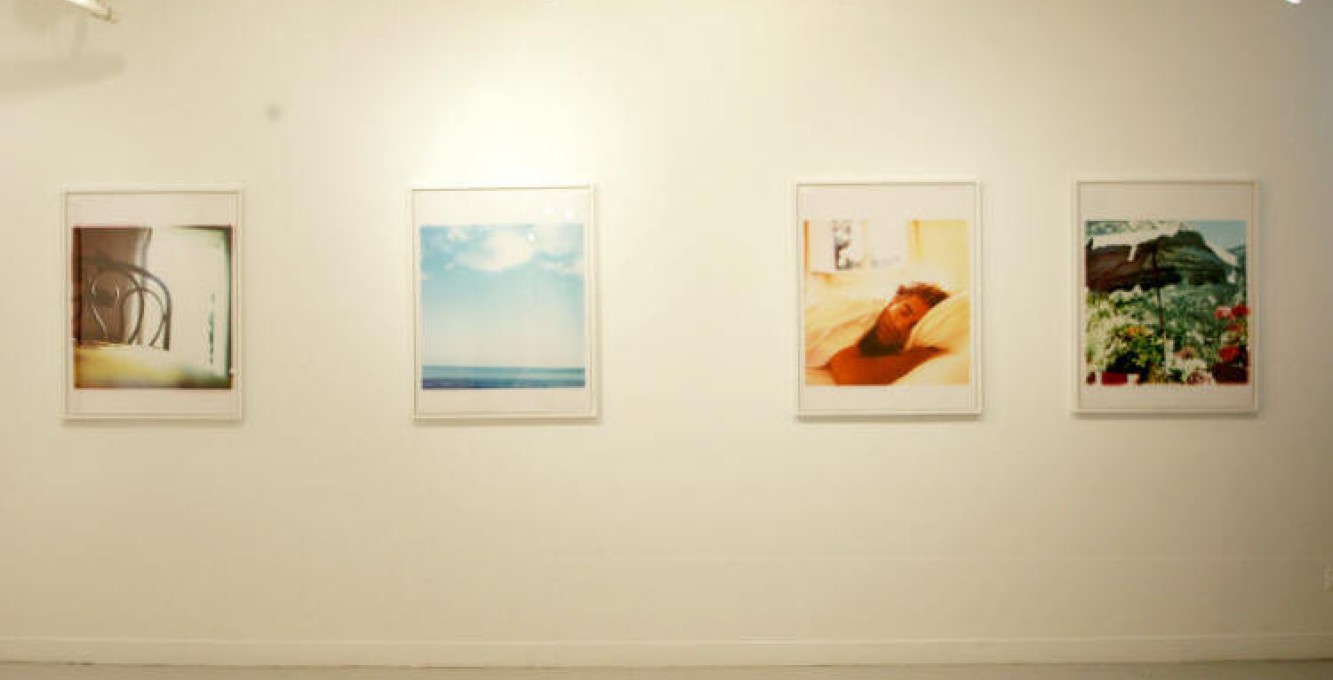 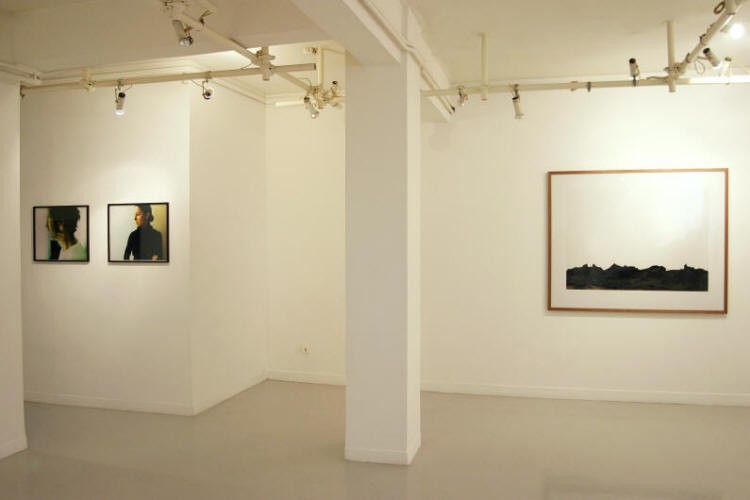 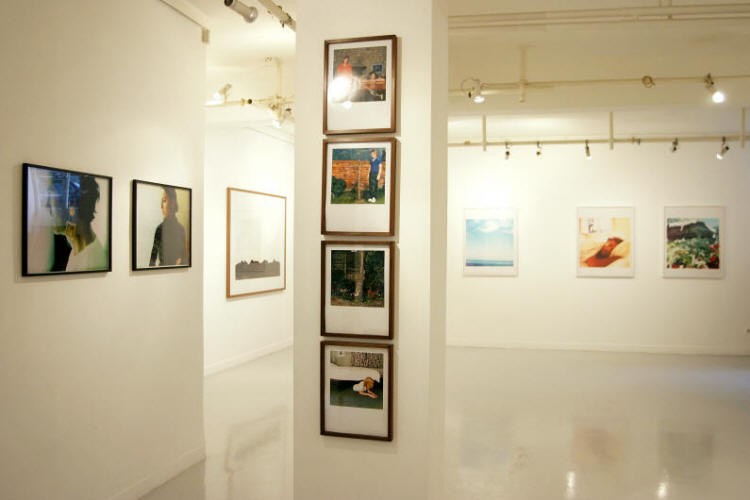 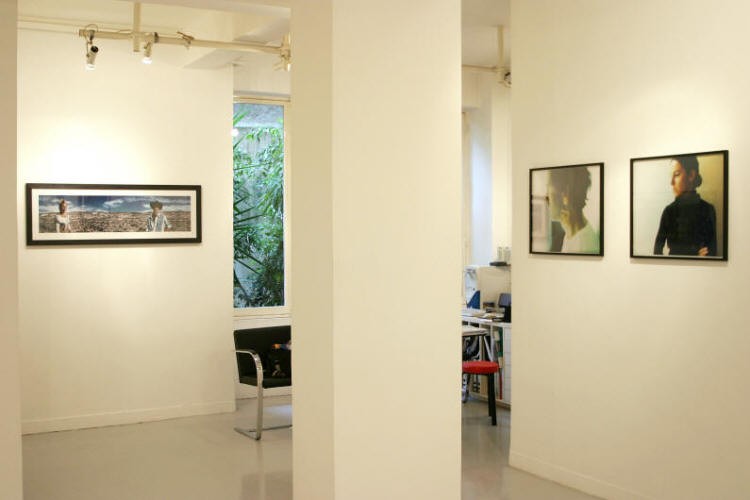 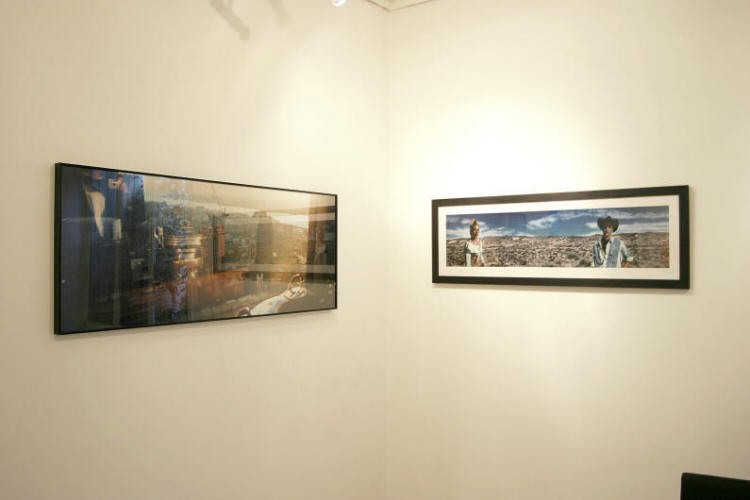 Lina Bertucci shows a colour photograph from her last series Ellipsis. The specific work is related to the cinema and portrays five couples from different cultures, emphasizing the movement of the body, look and touching and the luck of speech.

Ion Constas presents a diptych colour photographs with the title Esta Donzella (that girl). He portrays himself and his girlfriend, referring to the illegal love between Ludwig XIV and de La Vallière.

Larry Clark, well known as a film Director, shows in the current exhibition six black and white photographs from the series Tulsa and Teenage Last, photo documentaries illustrating his young friends’ drug use and his teen past through the images of others.

Christina Dimitriadis presents a photograph from the series Building Living Leaving with the title Living Together. Three figures sharing a life, shades moving in the darkened spaces of their loves, both helpless and menacing; menacing because of their helplessness. Their togetherness is one of merging shadows, a unity without companionship, a unity in which each a stranger to themselves and to the others becomes the pathos of pleading even without recipients.

Axel Hütte presents a photograph of a Landscape in Island. The thematic of his work are the virgin landscapes. He photographs them giving them at the same time an atmosphere of poetry and silence. The specific work of Axel Hütte functions us a picture- document, provided that the peculiarity of the nature will be every time emphasized giving her a unique power.

Jack Pierson shows a photographic series made at Positano in Italy, drifting the viewer to a magic world, which in the reality happens to be polar to the world Pierson lives.