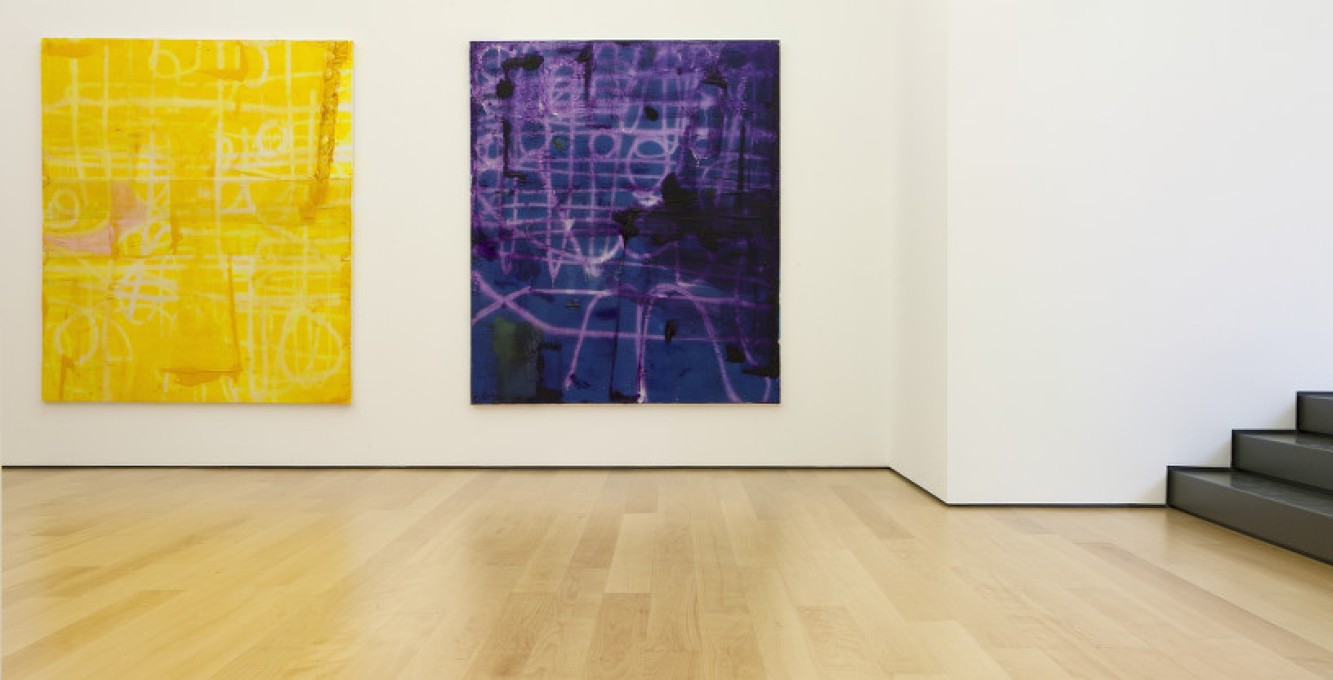 Eleni Koroneou Gallery is pleased to present the work of the American artist Alex Hubbard in his first solo exhibition at the Gallery. Alex Hubbard was born 1975 in Toledo, Oregon. He currently lives and works in New York.

Alex Hubbard combines in his work performance, painting and video in order to explore transformations between states of order and chaos. His videos are documentations of performances, which mostly take place in his studio. Similar like Roman Signer, Hubbard stages calculated destruction; but whereas Signer’s savor is the suspense, Hubbard’s films are a decoupage of movement, a surfeit of pure, absurd doing. Using objects of everyday use, the videos build compulsively a surface making a collage, in order to nullify it.

In the present exhibition «The Basement of Alamo», Alex Hubbard presents a new series of 7 paintings, made in 2011. Employing acrylic, resin and fiberglass the works feature clashing colour-fields, in some parts sloppy with pooled paint, in others almost translucent. The surfaces of the paintings aspire to the character of prints, which might be the non-hierarchical pin board for any object or image. His works in a reductive format emphasize elements of painting and erasure, gesture and removal, depth and flatness.