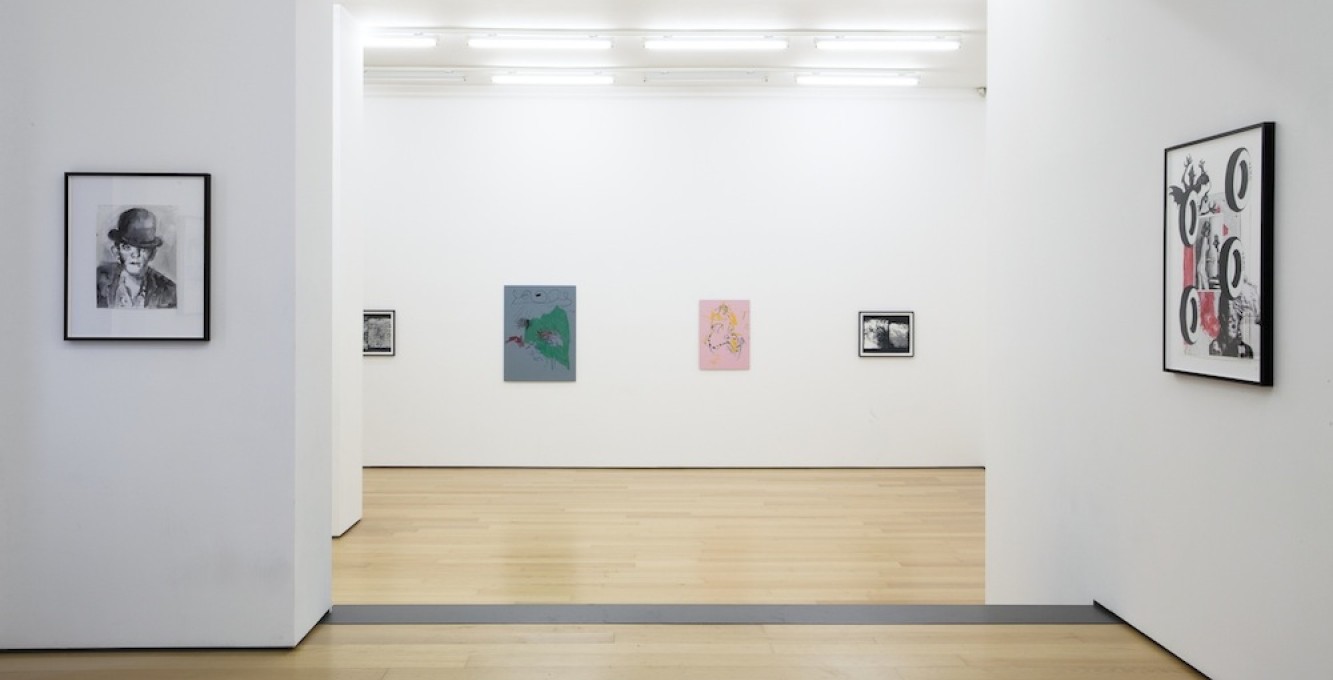 Taken the phrase “Same But Different” as a starting point this exhibition will try to explore different ways of seeing the presented works of art, when grouped together. The five artists work in different media, but all share common concerns and seek to achieve purity within their practice. The works through their titles and distinctive materials arise different interpretations and narratives that meet in abstract reflections of our daily life by questioning presumed reality.

Both John Bock’s and Helmut Middendorf’s collages are created from source material (photographs, newspaper material, magazine clippings, comics, cheap illustrations, pictures from the Internet) derived from pop culture and everyday life that are carefully selected, enhanced or erased, cancelled or fortified, abstracting reality and recomposing it in a more illusionary way. Jessica Dickinson’s drawings are inspired by some chance observations or physical phenomenon, which, while they constitute her starting point, will disappear as an image over the course of their fabrication. The delicacy, even the loss of the inspiring phenomenon is at odds with the almost overwhelming materiality of the finished work. The two new drawings of Nick Mauss presented in this exhibition are made on fabric mounted on aluminum. The use of fabric as a surface for the paint to be absorbed adds further to the to the transient, ephemeral and contingent nature of the Mauss‘ works. Along with the drawings are two new prints created by an early photographic technique called cliché verre, from smoked glass negatives, where every line or mark, including incidental marks, registers on the final print as an accumulation. Arthur Ou is showing two abstract paintings as a diptych that contain material references to photography, where each canvas is stretched over a frame with a distinctive nick at the top right corner, mimicking the nick codes used to indicate the orientation of filmstrips.